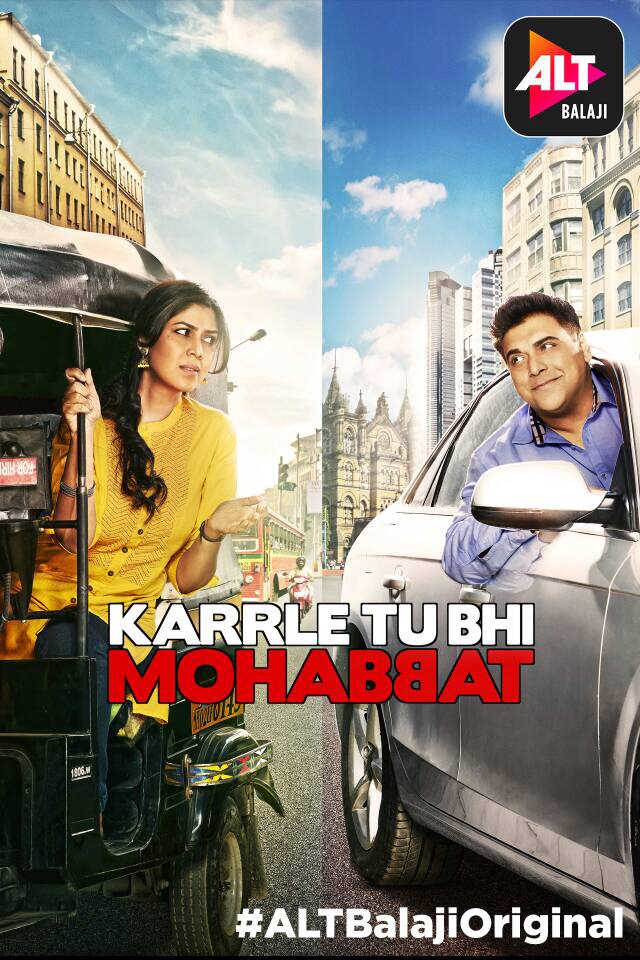 After creating history on television, Ram Kapoor and Sakshi Tanwar captivated their fans with yet another interesting show, ALTBalaji‘s ‘Karrle Tu Bhi Mohabbat’.
Television’s most loved onscreen couple have now created magic on the digital platform.The show follows Karan Khanna – an alcoholic,  aging superstar, a force of chaos and destiny’s child and Tipsy Nagarajan, a designated counselor to Karan, to help him get over his alcoholism.  When all pieces seem to be falling in place for Tipsy and Karan, a tragedy tears them apart only to push them on the path to find each other again.
‘Karrle Tu Bhi Mohabbat’ received such a stupendous response since it streamed on ALTBalaji , 16th April onwards ,that the makers have now added an extra episode tonight on public demand.The response of the trailer and the episodes, coupled with the story and treatment of the show have garnered a massive online fan following.
This special episode which earlier wasn’t supposed to be a part of the series, was shot and added at the last moment thanks to numerous requests from fans that have been hooked to the show.

ALTBalaji ‘s ‘Karrle Tu Bhi Mohabbat’ will now have many more episodes to follow, owing to its immense popularity.