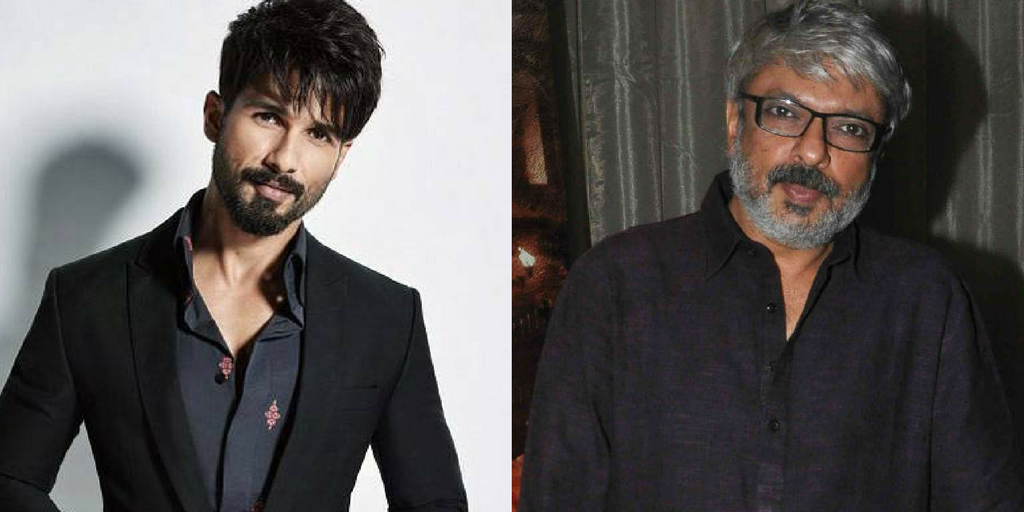 Shahid Kapoor is working with Sanjay Leela Bhansali on ‘Padmavati’ for the first time and now, it is heard that he is in the process of signing another film with SLB’s production house.

Bhansali always repeats his actors once he reaches a comfort level with them. Salman Khan, Aishwarya Rai Bachchan, Ranveer Singh and Deepika Padukone have worked with him more than once. And now the director seems to add Shahid also to the list.

“It is the kind of film Shahid should be doing. It’s what his fans want to see him in. It is a light-hearted romcom with a lot of dancing. It’s the kind of film that his audiences have always loved. He has heard the script and liked it. He is getting a final narration and soon after, he might sign it. SLB is producing the film, and it will be directed by a new director.”

“The film is titled ‘Tuesdays And Fridays’. It’s the kind of film Shahid needs after a taxing film like Rangoon. He has wanted to do a commercial film that connects with the masses and the classes, unlike Shaandaar, which was too nice and didn’t connect with anyone. Shahid is returning to this genre after a long break. He has been trying to woo back audiences. And this is the space that has always worked for him.”