The first poster and teaser of Raveena Tandon’s comeback film ‘Maatr’ has been in news since long.

Now, the makers of have released the second poster of the film.

Check out the poster right away: 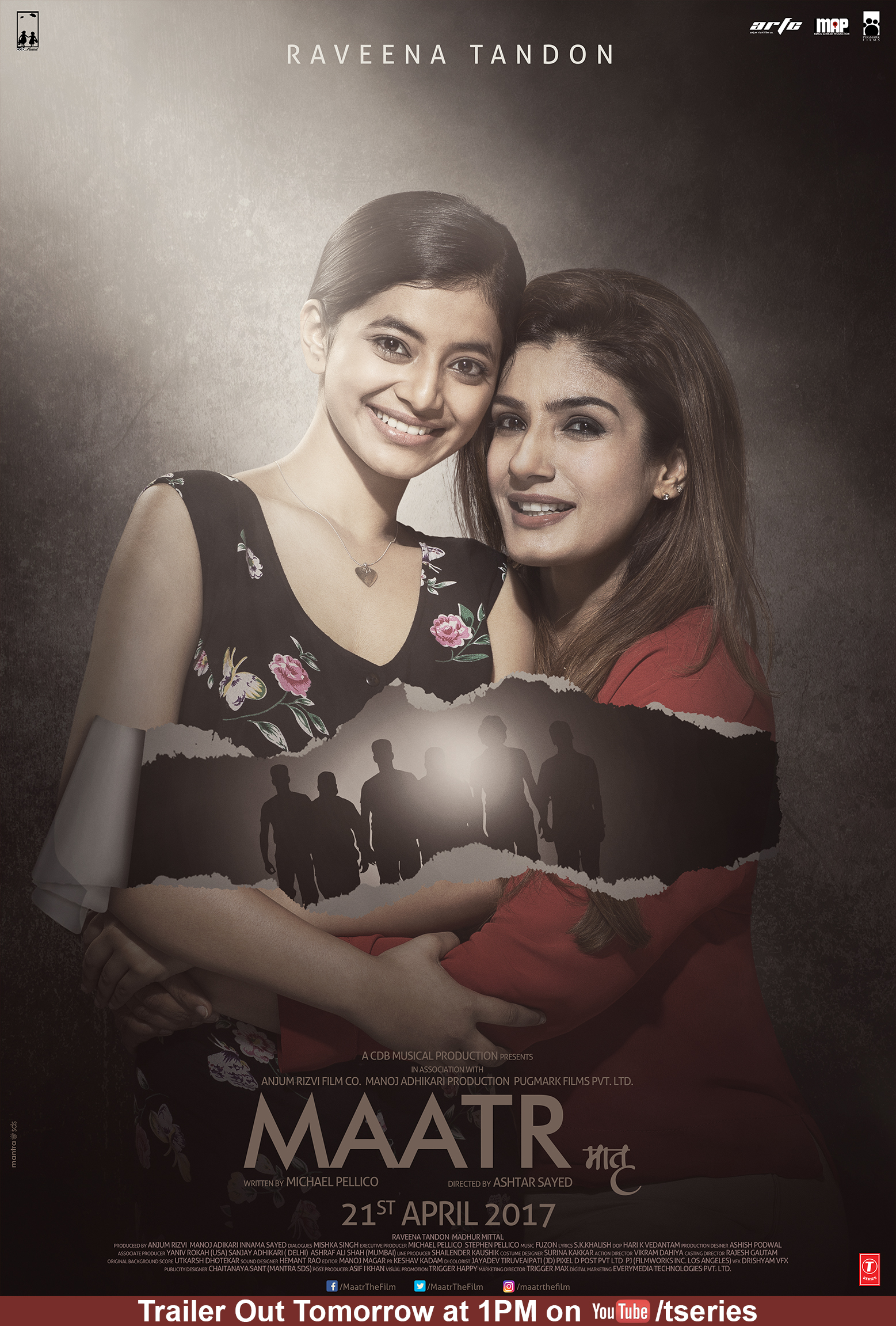 The trailer for the same will be out today at 1pm. Stay tuned!
Directed by Ashtar Sayed and written by Michael Pellico, ‘Maatr’ has been produced by Anjum Rizvi, Manoj Adhikari and Pugmark Films. The movie will be releasing on 21st April, 2017.