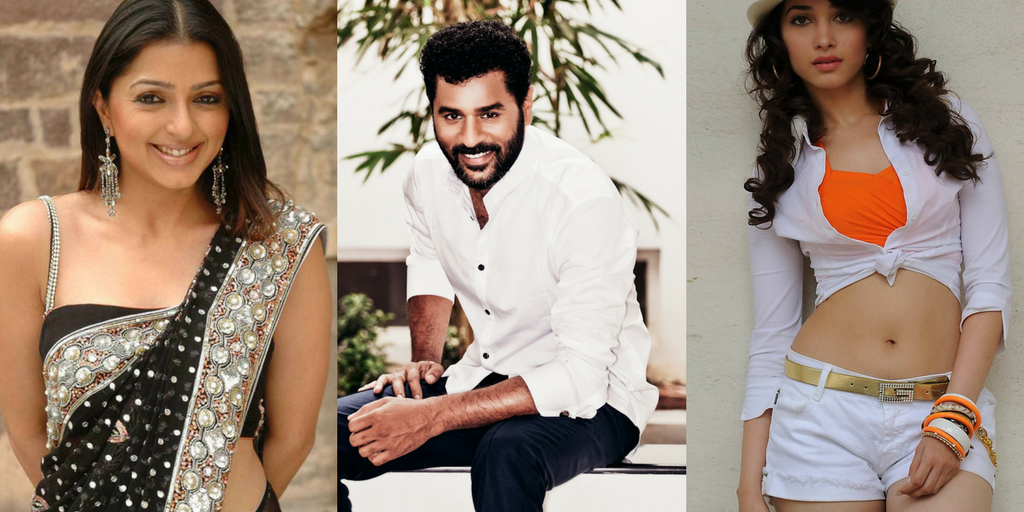 Vashu Bhagnani’s Pooja Entertainment and films Ltd is all geared up for the release of their upcoming Tamil film ‘Kolaiyuthir Kaalam’ staring south superstar Nayanthara. However, even before the film’s release, Pooja films have expressed interest in remaking the movie in Bollywood for a wider audience. Their next untitled Hindi project will star Prabhudeva, Tamannaah Bhatia and Bhumika Chawla in the lead roles.

“Our first film Coolie no.1 (1995) was a remake of a Tamil film Chinna Mapillai, and it became a cult. Today after 21 years we are again venturing into making a remake of a Tamil film and are really excited for this one. After making handful of comedy films, now we want to explore different genres and this thriller is something that excited all of us. With Tamannaah Bhatia’s chemistry with Prabhudeva and a brilliant script in hand, the shooting has already commenced in London. ”

Talking about it actress Tamannaah says,

“I am happy to get associated with Puja Entertainment  and Mr. Vashu Bhagnani. I have previously worked with them so it’s more like a home coming. The film is a woman centric thriller which I have never attempted before this.  It’s completely new for me and I am quite excited about it. We have a strong team mixed with Indian and foreign technicians and shooting in London is just amazing.”

“When I was narrated the script ,I was taken aback- it was a very different kind of a role ,even I didn’t expect myself to be playing a character like this – its d first time I am essaying an antagonist.”

The film is a remake of Tamil film Kolaiyuthir Kaalam a thriller which is a ferociously terrifying tale of a young lady played by Tamannah .The film is produced by Vashu Bhagnani and Deepshikha Deshmukh, it is directed by Chakri Toleti .The movie also stars Bhumika Chawla.