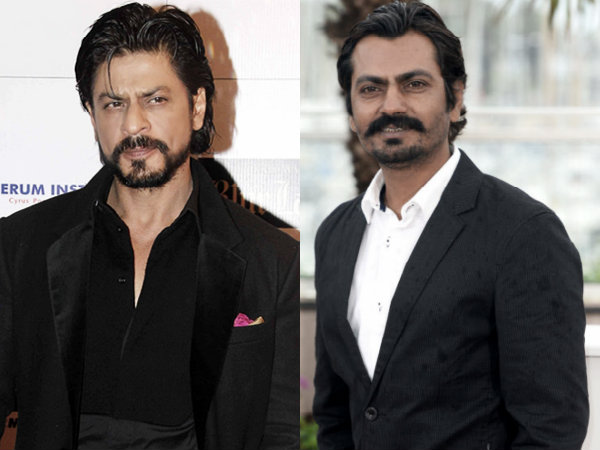 It looks like Nawazuddin Siddiqui’s love for Shah Rukh Khan isn’t going to end anytime soon! Shah Rukh certainly knows how to charm everyone he acts with. A lot many times, Nawaz had revealed how he thinks working with SRK was the best. But turns out, while shooting for ‘Raees’, he literally had to convince himself that SRK was just an actor and not a superstar.

In an interview, Nawaz rated all the Khans he worked with and it is clear that his experience with King Khan has been the best! His chemistry with Shah Rukh has been loved by the audience also.

“When I was filming ‘Raees’, I was constantly telling myself that it wasn’t Shah Rukh Khan, the superstar, who was standing there in front of me, because that would be disrespectful to the actor. So for me, he was always Raees Khan. Shah Rukh also comes from a theatre background and like me, during prep, he learns not just his own lines but that of his co-actors. And when in front of the camera, he’d say his dialogues in a completely new andaaz, full of josh, leaving me stumped and eliciting an impromptu response. This made our onscreen time together spontaneous, bringing a different energy to the set. My chemistry is best with this Khan. It was like reliving my theatre days, playing to a `live’ audience and experiencing the sheer joy of acting.”

Well, we would love to see these two working together again. What say?