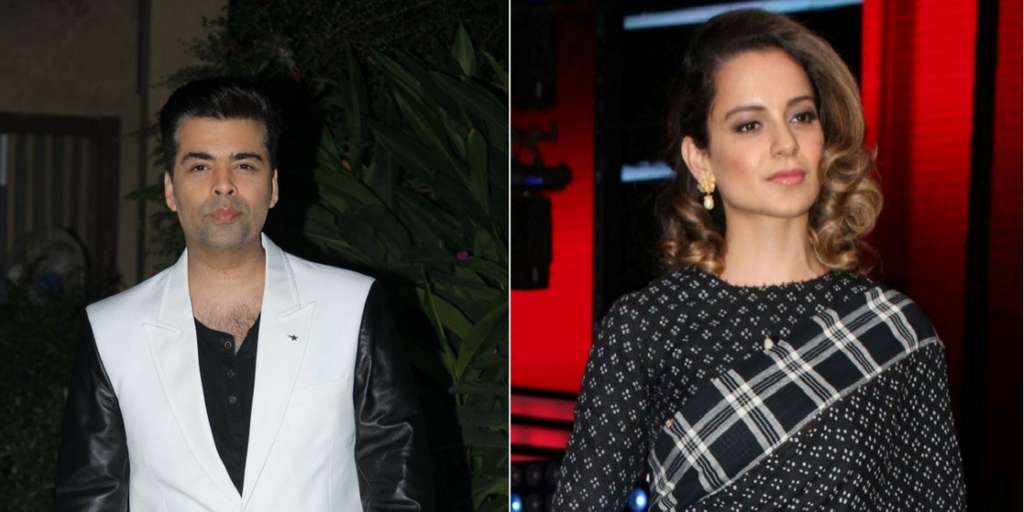 The Kangana Ranaut and Karan Johar war became the talk of the town since she called him a movie mafia and flag bearer of nepotism.

Recently, on Koffee With Karan Awards episode of the show, Kangana‘s ‘flagbearer of nepotism’ quote was one of the nominations for the Best Line/Quote on the show. The jury Malaika Arora, Ayan Mukerji, Neha Dhupia and Rohan Joshi were shocked by her comments.

Rohan went on to say that Kangana invented a fictional Karan Johar, whereas Malaika stated that she was frank as hell. But, the jury was confused whom to give away the title between Kangana and Sohail Khan who was a part of 100th episode along with brothers Salman and Arbaaz Khan.

When Karan was asked about his opinion, he stated,

“I am all about giving it to Kangana. She wanted to make me her nemesis. If she writes her autobiography, I would be the bad guy. I am all about understanding her perspective. Though, I may not agree.”

During the best episode declaration, the jury was all for Khan brothers and Ranbir Kapoor-Ranveer Singh episode. But eventually, the Khans won.

While signing off, Karan said,

“I was all for Ranbir and Ranveer but it was not me who was deciding it. And, hey, I am not nepotistic. If you notice, the students didn’t score, so how does that make me nepotistic. Alia Bhatt went home with nothing, Sidharth Malhotra didn’t bag an award. Varun Dhawan won one. So, hello I am being fair. “