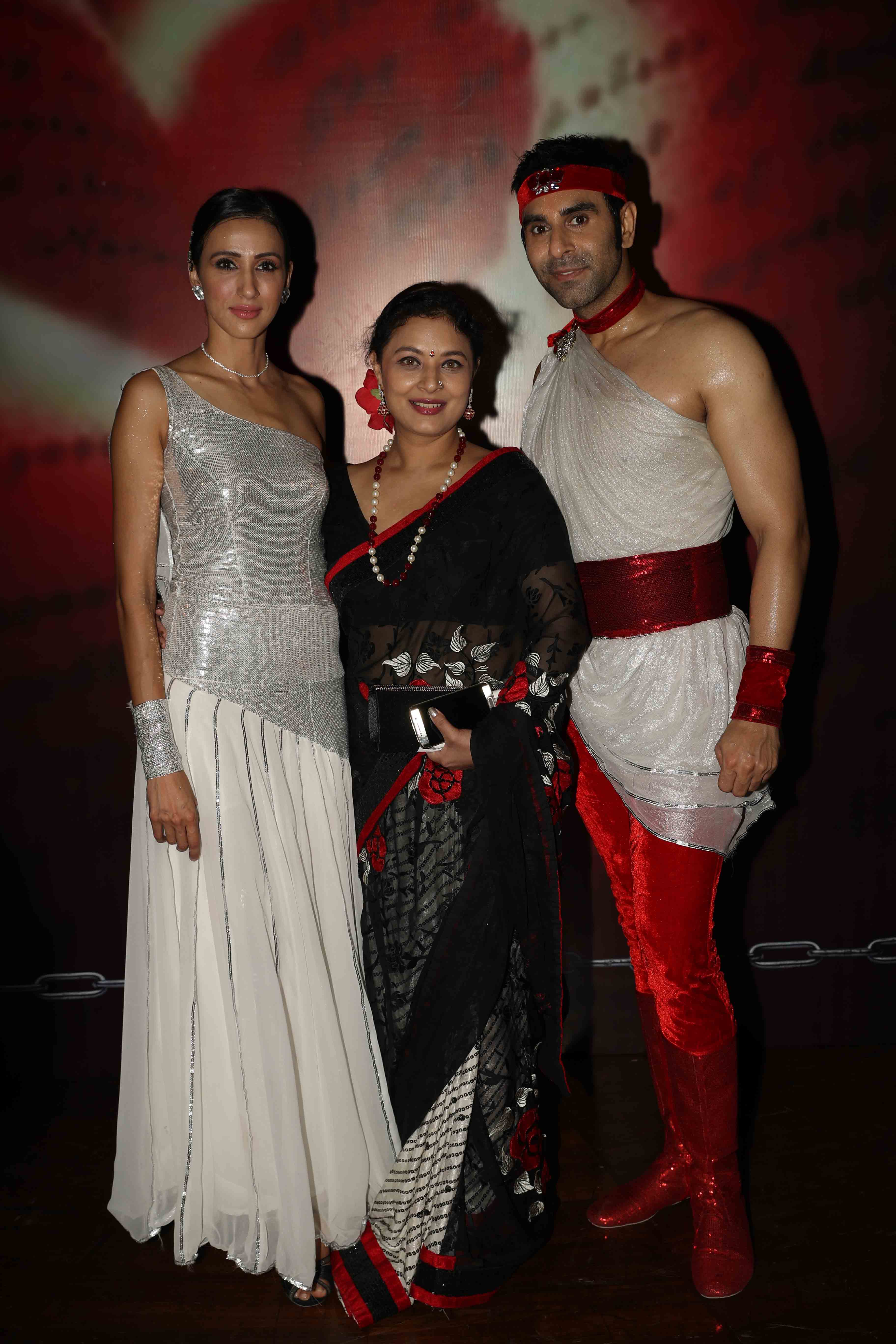 This is the first time Sandip Soparrkar performed with supermodel Alesia Raut. The event took place at National centre of Performing Arts (NCPA) Nariman Point. Tata Memorial Hall was packed with audience and everyone was seen applauding for Sandip Soparrkar and Alesia Raut’s power packed performance. The entire auditorium was decorated with red roses and heart shape balloons creating a super romantic environment. Entire audience at the show stuck right till the last moment not wanting to miss any of the romantic and emotional scene presented by the dynamic duo.

The evening began with a question and answer session with the dance Maestro monitored by actress Sharbani Mukherjee, where Sandip informed all that Ballroom and Latin dances are now a part of Asian Games and Olympic Games too.

“I feel honoured the NCPA asked me to put this talk and the show up for them, being here and performing at the Tata Theater is a privilege and I feel humbled.”

Alesia Raut who made her dancing debut on stage said “I am thrilled to be dancing and the adulation makes me feel that I can take this more seriously and I will, you will see me dancing on stage often now.”

The show “Born to Love – Life Story of Cupid” had Sandip Soparrkar singing live hit tracks from Bollywood and Hollywood  along with dancing and audience.