Pooja Hegde has been one of the most talked-about and anticipated debutant launches of this year. The last one saw this kind of buzz around a non-industry female newcomer was for Deepika Padukone for Om Shanti Om. 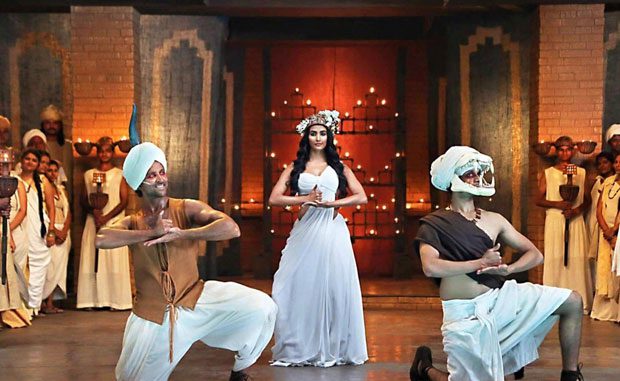 To Hrithik ‘s own admission, he was shocked to see the confidence and courage in Pooja the first day they met for a shoot for the film.

“I was taken aback by her courage.I have shot with many stars but when she looked into my eyes the courage and purity in her struck me. She’s a rare talent and will go a long way in this  industry I though in my mind.”

Pooja was recently unveiled and introduced to the media by Hrithik at a grand event which was attended by the entire cast and crew of the film including Oscar award winning music director AR Rehman.

With all eyes on the young actress, the anticipation around the Magnum opus has just increased many folds. Way to go girl!