Everyone loves a good film land everyone enjoys stories from the heart! This one brings some flavor to the screen and we had a chance to chat with the lead actress in the film! Bazodee which comes out this August 5th will give you a reason to love Bollywood with Caribbean touch to it!

Anita Ponchouri (Natalie Perera), the dutiful Indian daughter of a deep-in-debt businessman (Kabir Bedi) is about to marry a wealthy Londoner (Staz Nair) when a chance encounter with local Trinidadian singer, Lee de Leon (Soca music star Machel Montano) sets things askew. In search of a muse, de Leon agrees to perform at the engagement party. Unable to deny their mutual attraction, and with the excitement of Carnival approaching, Anita must now choose between the answer to her family’s financial prayers and the possibility of real love. 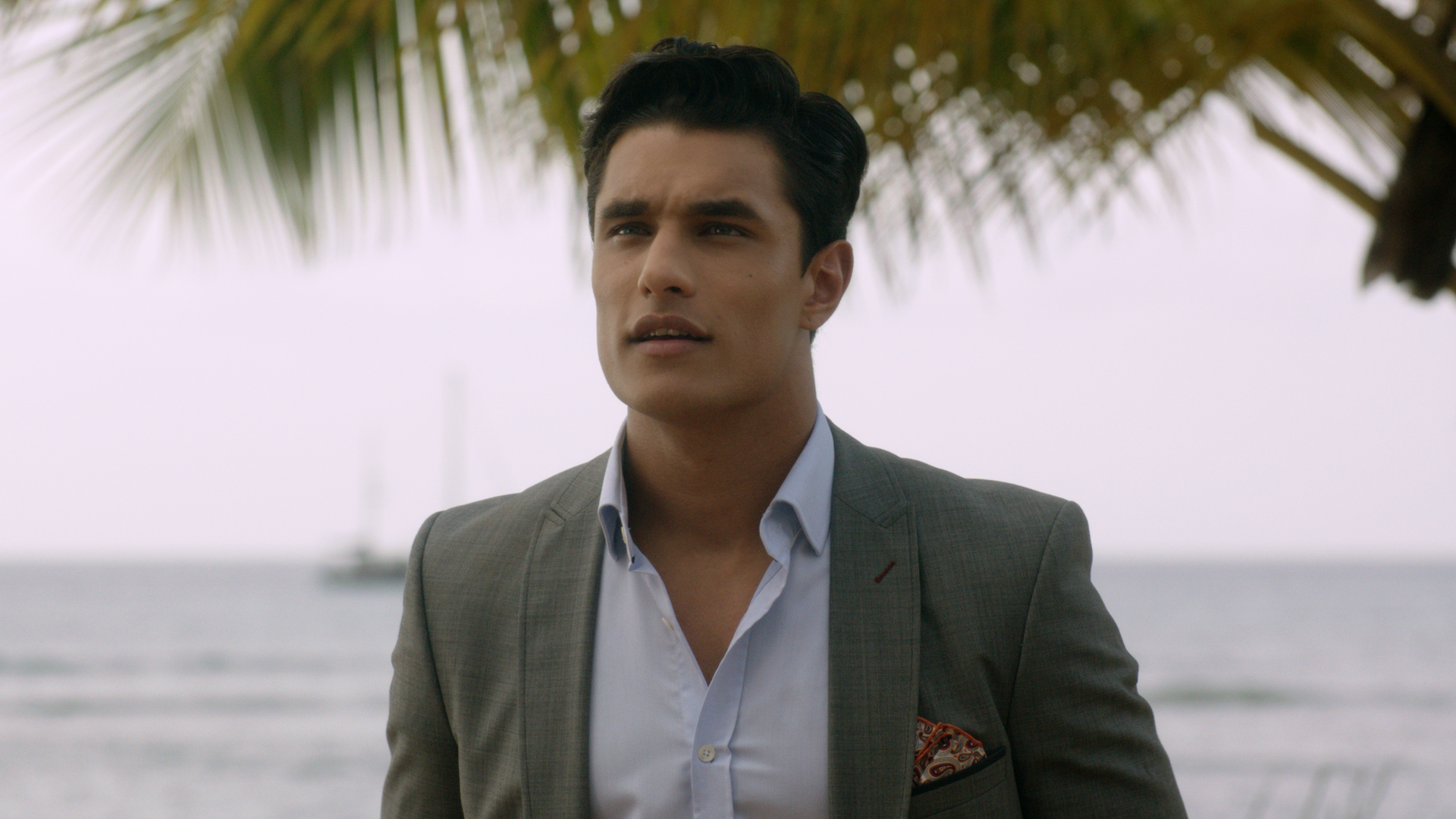 Set on the vivid, colorful islands of Trinidad & Tobago and pulsing with the sensuous dance rhythms of soca music, BAZODEE is a new style Bollywood musical with a distinctly Caribbean island flavor. 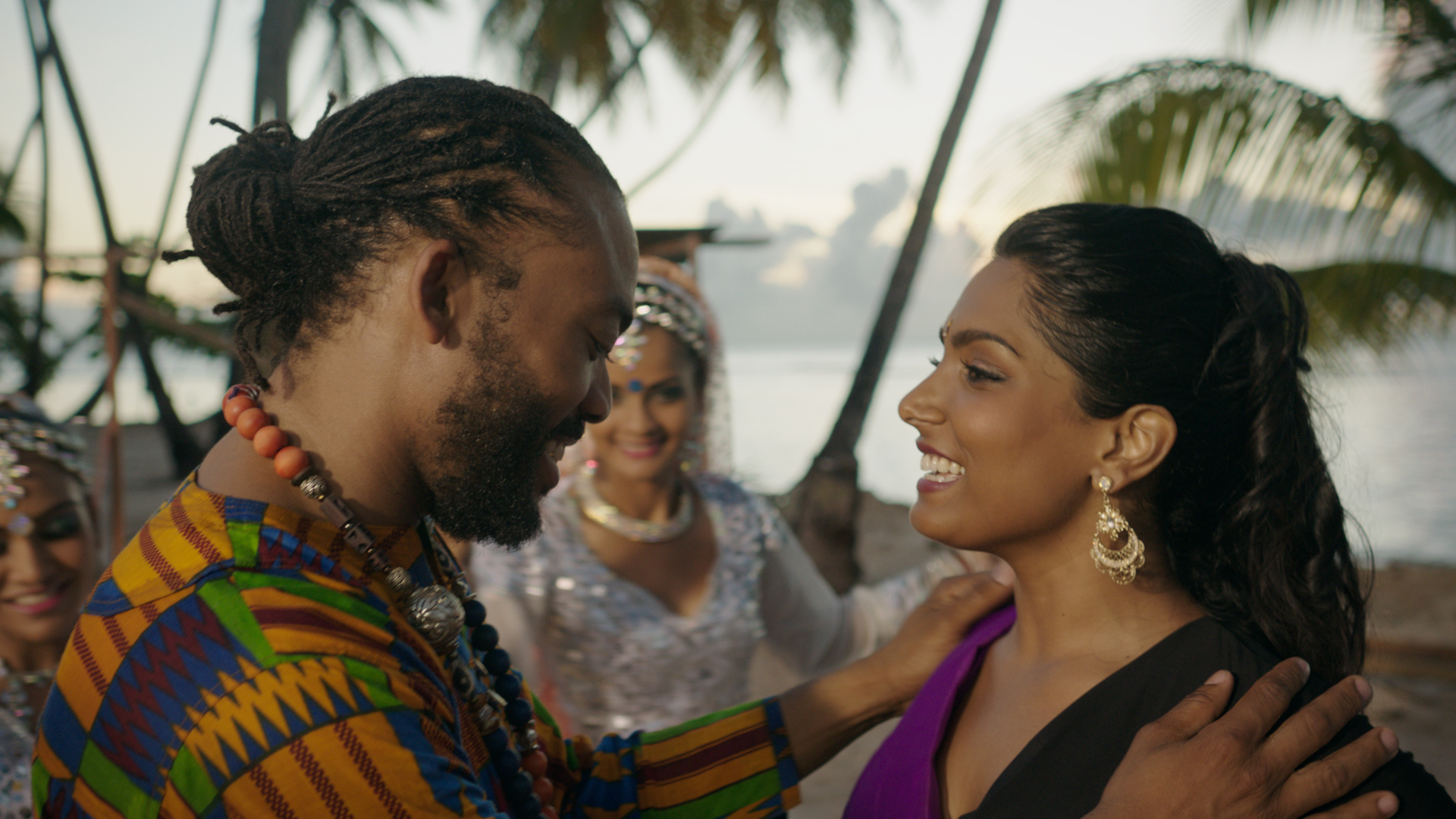 Find out what Natalie Perera had to say about the film!

I was picked for the part of Anita in Bazodee after going through a fun audition process that included singing and acting.  The script written by Claire Ince had a wonderful feel good factor that really excited me and I knew I’d get to work and sing with Machel Montano. I was super eager to be part of this project from the onset. 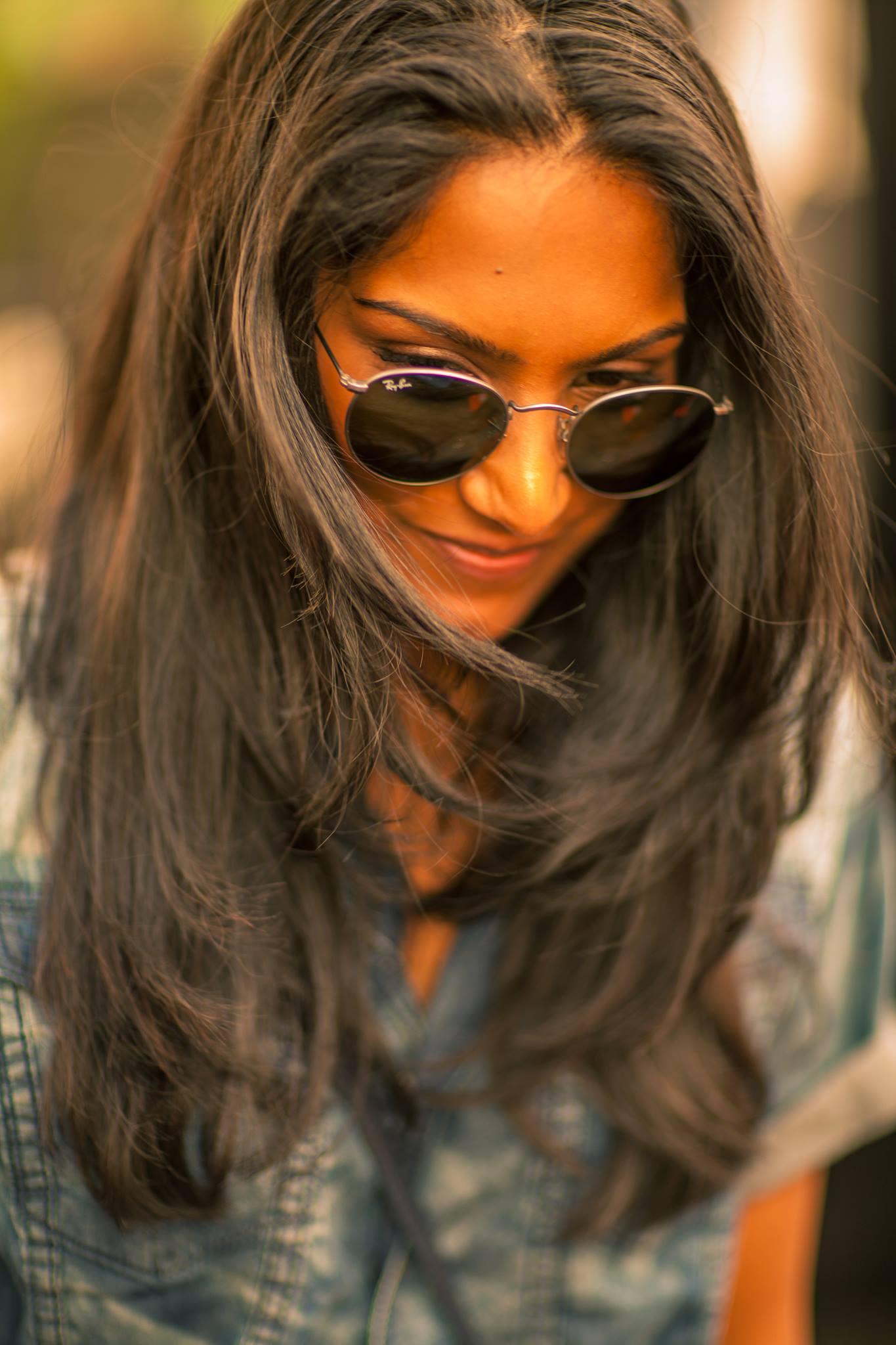 I am British with Sri-Lankan heritage but when asked about my ethnic background people often place me as Trinidadian, Mauritian, South Indian and Sri Lankan therefore it did not come as a surprise when I was chosen to play a role living in the Caribbean. When I was working in Trinidad I felt very much at home among the local cast and crew not only looks-wise but also with the awesome sense of humour and values I found in the locals I was privileged to work closely with. 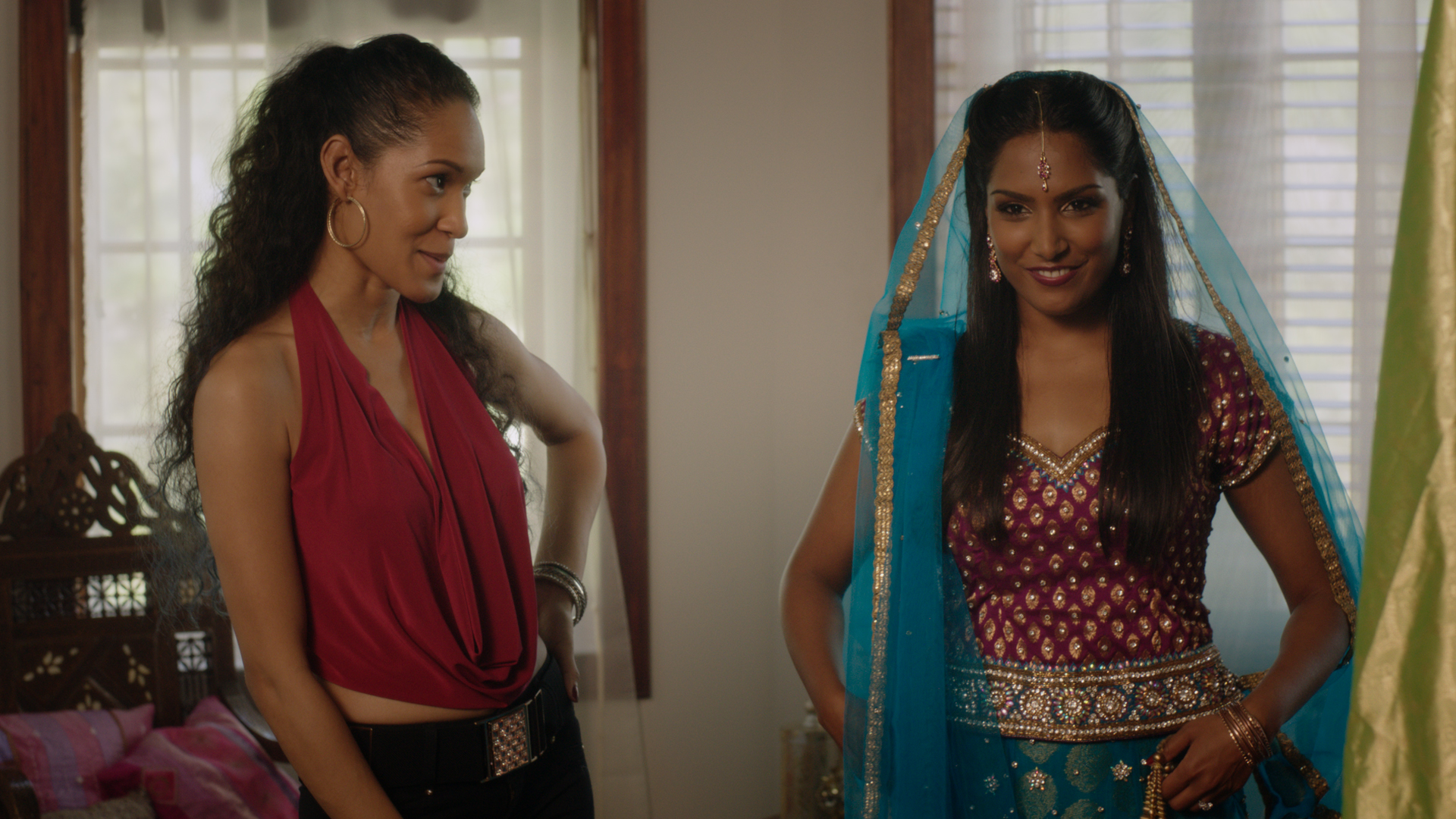 Working with Kabir Bedi was a wonderful experience. He’s such a big name and yet  so humble and friendly with me, giving me helpful tips that I will take with me into future projects. I first saw him in Octopussy with my father as a child and I thought ‘ if an Asian can be a bond villain maybe I too can be a Bond villain one day.’ He is an inspiration and the loveliest man and apparently everyone who has played his daughter has gone on to do very well so I hope that luck rubs off on me too. 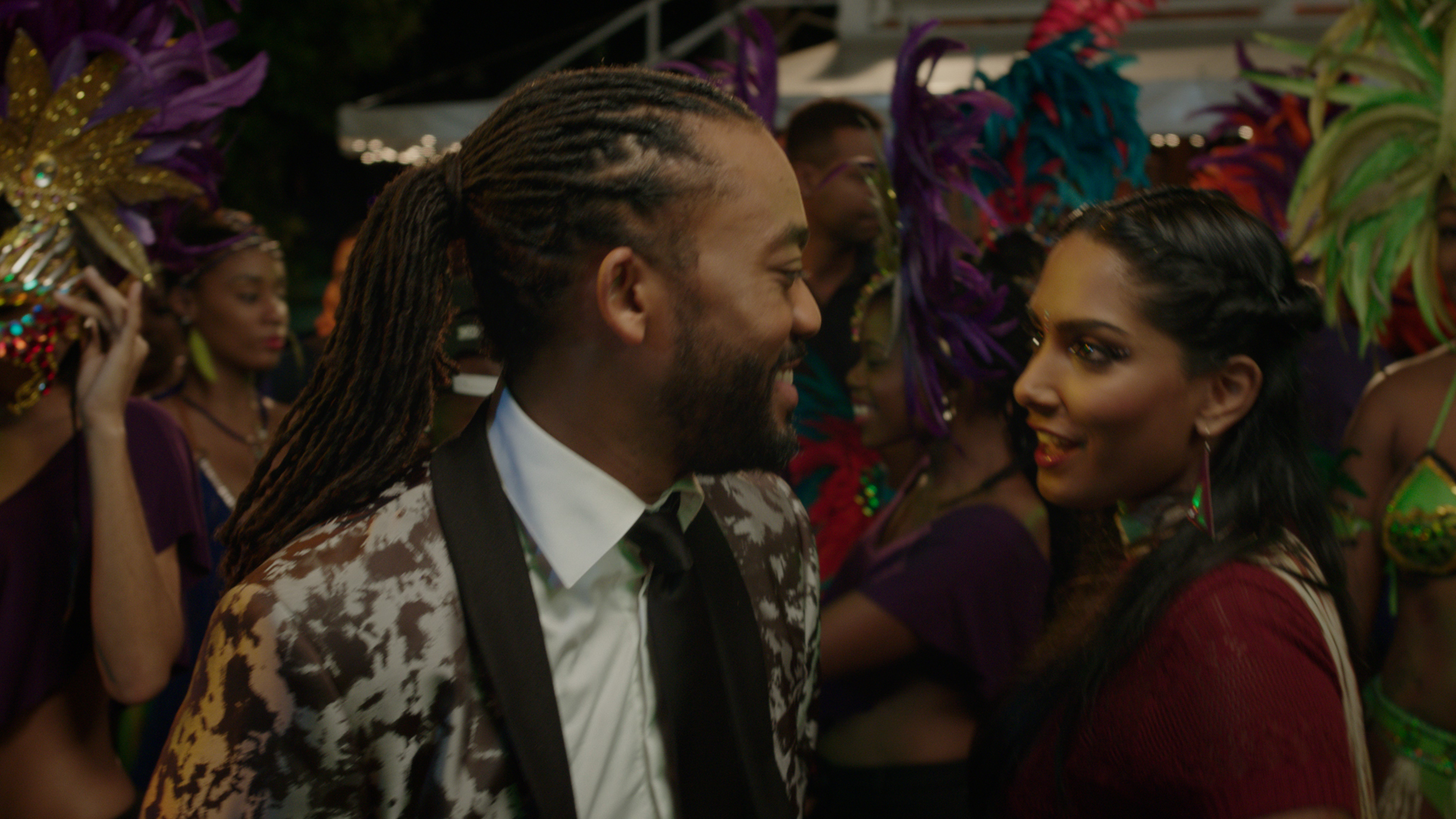 Quite the opposite! I wanted this gig wholeheartedly. I saw a rare opportunity to give Islanders a voice in film and I jumped on it. It was the first time I came across an Asian females from small islands as the protagonist in a film . I found it unique and was excited by it. In addition I was thrilled to work with EMMY nominated film director Todd Kessler. He was the efficient captain of this crazy party ship and a wonderful leader at that. He made his cast feel confident and enthusiastic about the process throughout the shoot and was a joy. 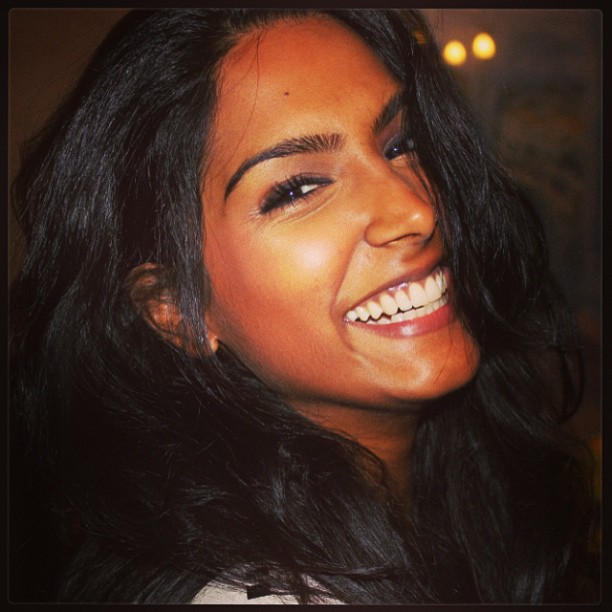 It is hard for me to pick one thing that is best about this project as there were so many amazing experiences namely shooting in heavenly Trinidad and Tobago, but I think shooting J’ouvert is rated highly for me because I and Anita were experiencing it for the first time, and it’s the such a wonderful and fun part of Trinidadian culture. The cast and crew also had the opportunity to attend Soca fetes where Machel Montano was performing which is like nothing I’ve ever experienced before and was certainly a perk of the job.

Working with Machel was awesome.  He is the life of the party, people adore him and he has an abundance of energy that he brought it to set. It was easy working with him and I felt we had good chemistry. I really had to up my game to work alongside someone as accomplished as him, but that’s all part and parcel of the excitement. He has spent his life performing on stage and in front of cameras and it was no surprise that he is a natural.

I certainly hope so!  As well as acting I love to write scripts from my point of you and definitely plan on getting something of mine produced.

I have learned many things whilst working on Bazodee; I have learned more about singing and recording. As a Londoner I’m pre-conditioned for cool and rainy environments however, after Bazodee and dancing on a beach in direct sunlight for days I now also know how to tackle extremely hot environments and most importantly reserve my energy in such conditions. Trinidadian culture is quite freeing and flamboyant and gave me an opportunity to discover and play in party-girl mode and I think I will definitely take that with me into future projects.

I love to go to the gym, discover and cook new meals, but the thing I love most is playing with and walking my dog, Bridget to relax after a day’s work.

Bollywood or Hollywood?  I am a fan of all genres of film. I will always choose good story telling that touches my heart or makes me laugh out loud no matter where it’s from or who made it.

Where can we find you on social media and any last thoughts on the film?