Life OK is on a roll these days. After the success of Bahu Hamari Rajni_Kant and Naagarjun, the channel has moved forward with yet another gripping tale. Rishton Ka Saudagar – Baazigar, starring television’s bad boy Vatsal Sheth and Drishyam fame Ishita Dutta, opened to a massive audience tonight. 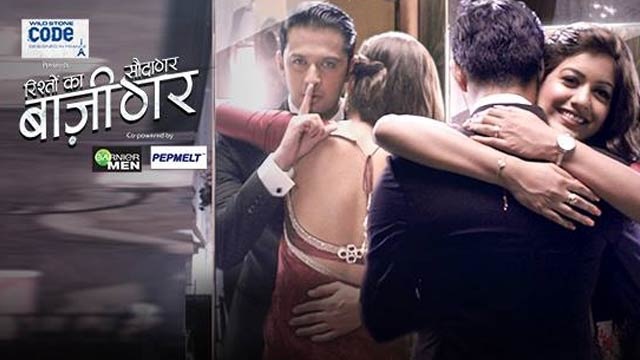 The episode opens up with up sneak peak into Aarav’s OCD lifestyle due to which he is often considered rude and tyrannical to his office staff, however in a complete 180, Aarav is show showering his love upon his bride to be Arundhati. Cut to the families and we see the foreshadowing of the troubles which lie ahead. We have a typical chachi (Jyoti Gauba) who is adamant on seeking revenge from the family for the untimely death of her husband and a bua who can’t seem to wrap her head around her nephew’s marriage. In her obsessive angst, she curses Arundhati. On the other hand, Arundhati’s grandfather Manjunath envisions a troublesome future ahead for his grand daughter.

With all this foreshadowing occurring in the first episode, the build up has truly been intense. To add to the mix, the title and background score ‘Baazigar Main Baazigaar‘ can’t help but force you to think if the show has taken further inspiration of the Shah Rukh Khan and Shilpa Shetty starrer revenge film. While this may be too much for the audience to digest in one go, the fact that both Ishita Dutta and Vatsal Sheth are well acquainted to the genre is a sigh of relief.