After rib-tickling comedies from the Housefull franchise, the Nadiadwala production house is back with yet another riotous London adventure in Housefull 3, this time with more glitz, glamor, and giggles than ever before! Like all Housefull movies, the film starts with a relatively simple basic premise that later goes haywire, magnifying into a comedy of errors. 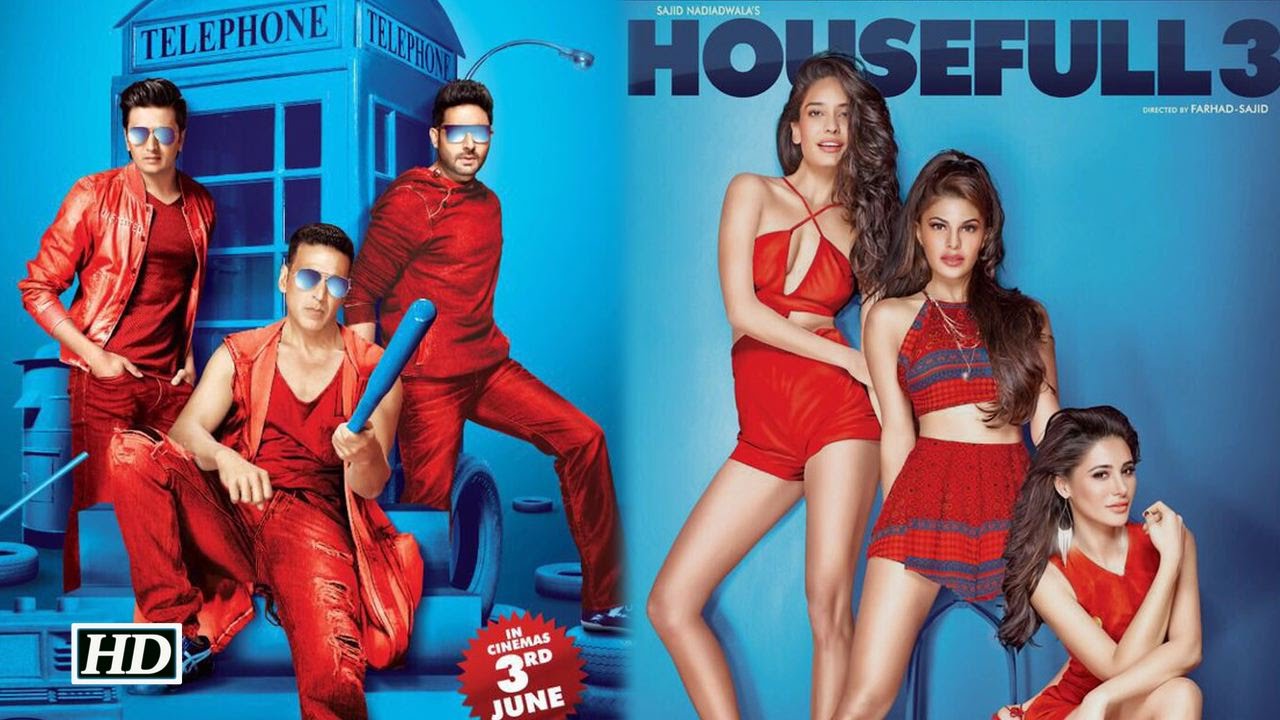 Three sisters – Ganga (Jacqueline Fernandez), Jamuna (Lisa Haydon), and Saraswati (Nargis Fakhri) – wish to get married to their boyfriends – Sandy/Sundi (Akshay Kumar), Teddy (Riteish Deshmukh), and Bunty (Abhishek Bachchan), respectively. But the girls’ father Batook Patel (Boman Irani) has his own strange reasons for preventing his daughters from getting married. In an attempt to convince Batook to allow them to get married, the couples hatch various plans that eventually go out of control.

Housefull 3 is a total laugh riot that’ll leave your abs aching for more. Akshay, Abhishek, and Riteish’s chemistry and comic timing are simply fantastic. Between the three of them switching from being blind to mute to physically handicapped, the film keeps viewers on their toes. The script also brings in elements from the actors’ real lives, which is unique and interesting for Bollywood buffs who know more about these famous personalities. 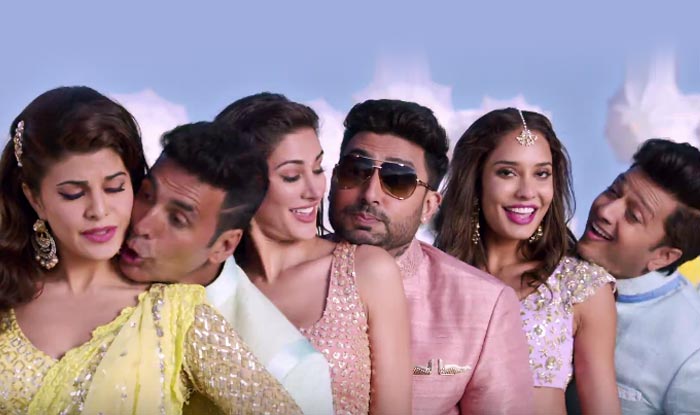 For a comedy film, Housefull 3 has many funny jokes and comic tropes to its credit. Particularly hilarious was Akshay Kumar switching between his two personalities – Sandy and Sundi. His creepy face as Sundi was scarily convincing, and scenes where he effortlessly transitions between the two is testament to the actor’s true talent for comedy. Teddy’s mixing up of words and Bunty’s rapping were quite funny but not as consistent at eliciting laughter. 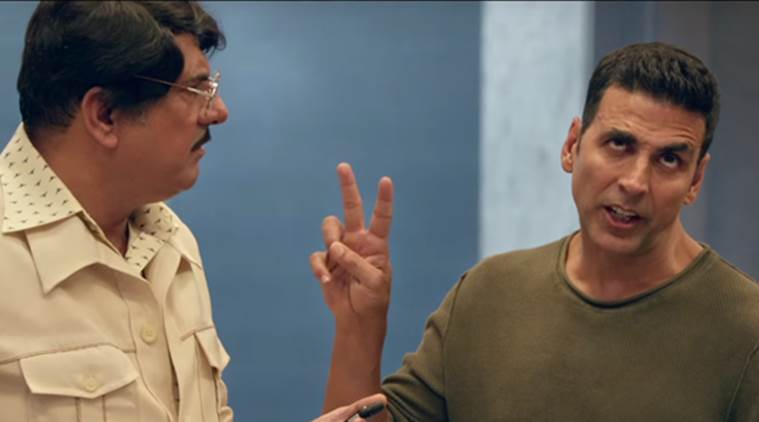 On a somewhat serious note, it’s important to beg the question of whether or not such crude humor and jokes are racist, insulting, and offensive to folks with disabilities or mental illness. Indeed they are, and (hopefully) the makers of Housefull 3 are also aware of this. That being said, a masala film – especially one in the Housefull franchise – ought not be watched to (over) analyze. It is a mindless comedy film and sometimes it is best if left in that genre. In other words, leave your sociocultural critical lens at home for this one. 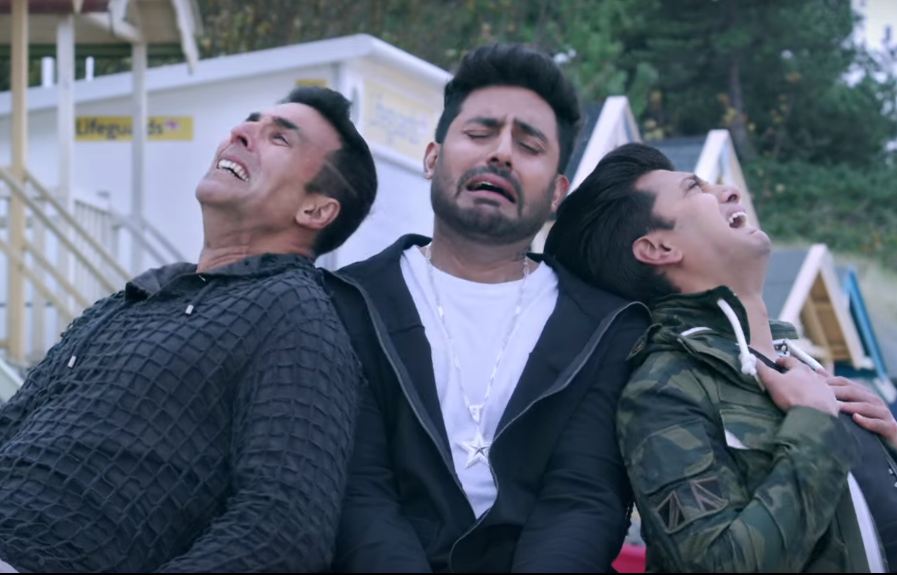 Returning to the performances in the film, Housefull 3 features three lovely leading ladies, all of whom looked stunning and suited their roles as Indian-British young women quite well. Unfortunately, their English-Hindi translation dialogues became annoying relatively quickly, leaving viewers cringing in their seats as they delivered the punchline. Their name changes from Ganga to Gracy, Jamuna to Jenny, and Saraswati to Sarah were also unclear and random, with no indication or directives from the script. The songs by Sohail Sen, Mika Singh, Sharib-Toshi, and Tanishk Bagchi suit the vibe of the movie and are extremely catchy, especially “Pyar Ki”. The gripping beginning scene felt like a moment out of a Dhoom movie, and it built the hype and expectation for the rest of the film. 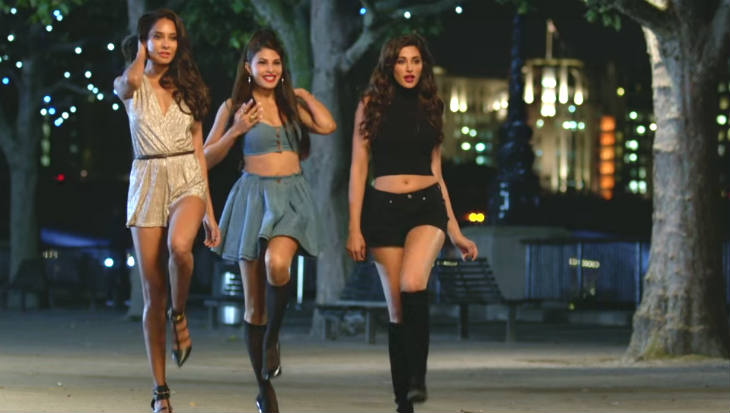 Final Verdict: Housefull 3 is a loud, colorful, full-on masala entertainer for the masses. You will laugh so much that you’ll forget all your life’s woes and worries by the end of the 2.5 hours. Stay till the end to catch some hilarious bloopers!