People might recall the madness that Akshay Kumar and Riteish Deshmukh have shown in ‘Housefull‘ and ‘Housefull 2’, and now they are back once again with the rib-tickling comic drama ‘Housefull 3’. 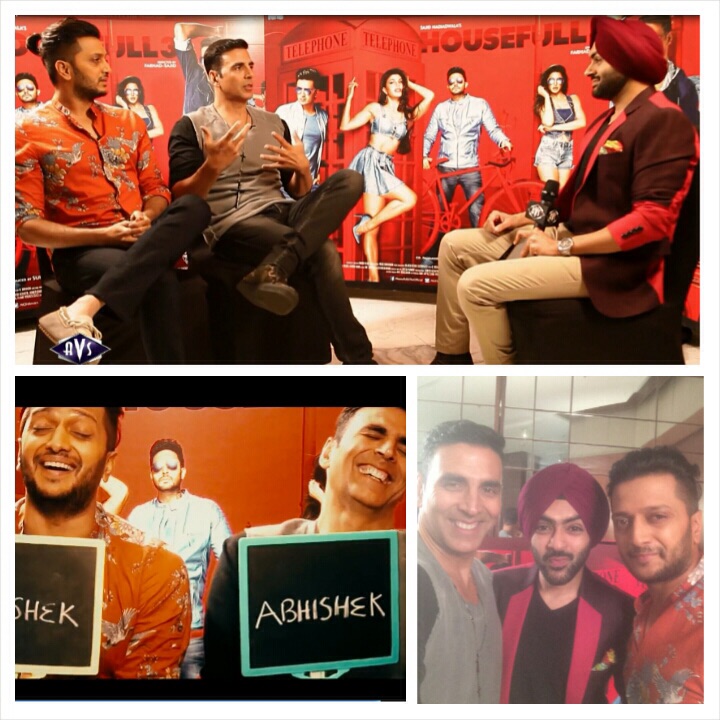 They have known each other through recent years and have hung out, both on and off the screen. While there are stories about how they would posse up to play tricks when the shoot of the film was on, they both appear to keep doing that even now when they are out together advancing the film.

Recently during their interview with talk show host Karan Singh Chhabra they made quite a good use of Abhishek Bachchan missing from some of the promotional campaigns of the film. Poor Junior Bachchan was blamed for eating the most on the set, taking maximum no. of retakes to almost everything. Since all the 3 lead actors in the film are married in real life, it is Abhishek Bachchan who is scared the most from his wife claim Akshay and Riteish.

So whether it is while giving interviews or at promotional events and activities, the two seem to be having a fun blast. This just seems to be a trailer of what to expect in their upcoming film.