The very hot and happening RJ Shardul Pandit is all that BCL watchers are talking about. Whether their favorite team wins or loses a match, a word uttered from Shardul’s mouth is enough to put a smile on their face. We got in touch with Shardul to talk about BCL, his special connection with Ahmedabad Express and more. Here’s what he had to say: 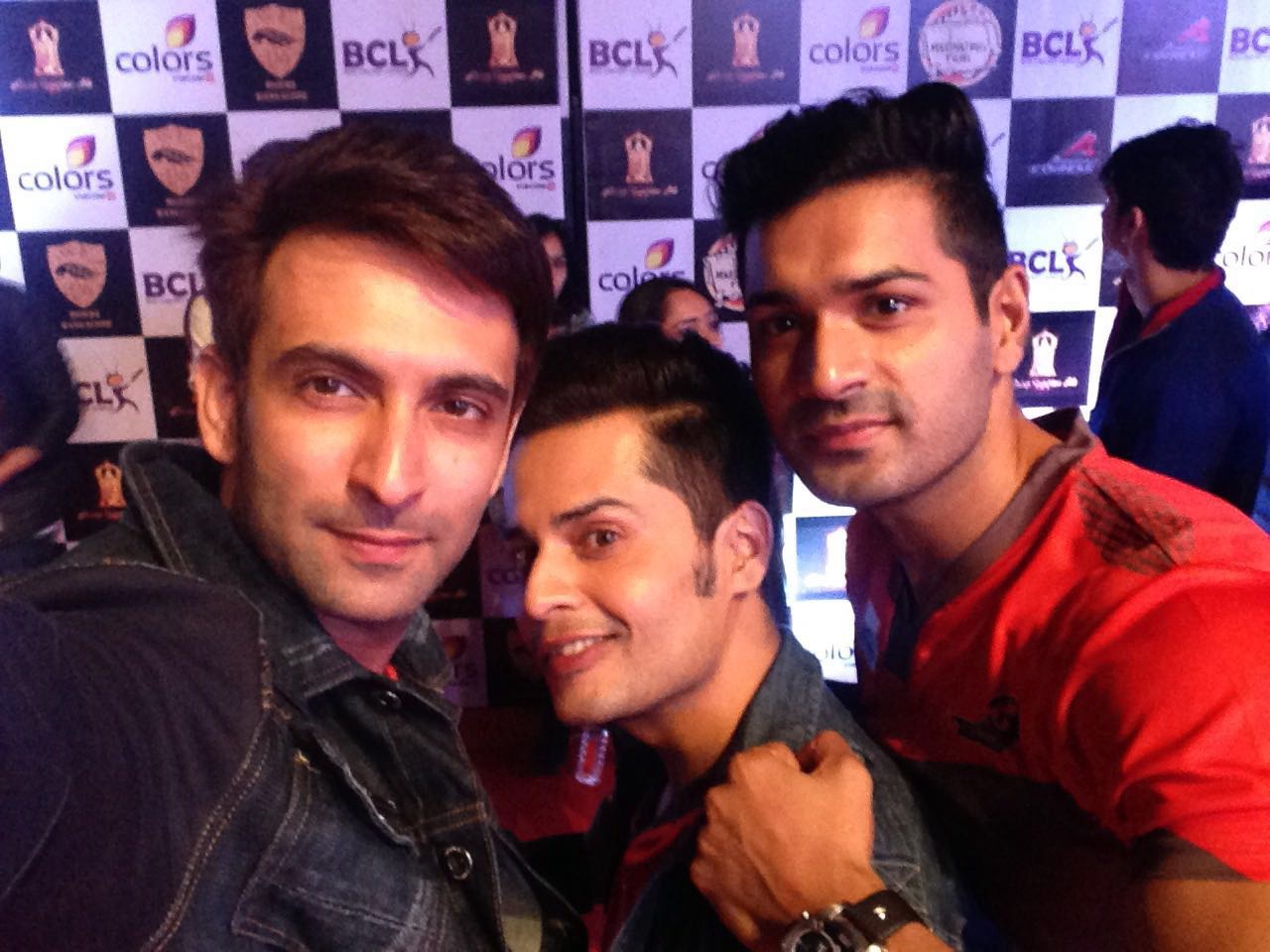 What are the shows you have done ?
I was a radio jockey first in the first radio station of India Radio Mirchi Indore, where I made a Limca Record for 19 hours non stop hosting.Then I won Zee India’s Best Cinestars Ki Khoj from Indore with Divyanka Tripathi , Bharat Chawda and came to Bombay but went to radio back. I debuted with Bandini on NDTV Imagine, post which I also hosted Ghar Ghar Ki Baat which Manish Paul used to host and then Kitani Mohabbat Hai 2, Gunahon Ka Devta. After that I left Mumbai as I was not very happy with the roles and joined radio Mirchi international in Dubai. Last year I came back to Mumbai and started as a VJ with 9xm and then BCL.

From acting to RJ to commentator to anchoring. How was the experience?
The journey has been fantastic as every time I have done anchoring acting offers have come like Bandini, then a cameo in Happy New Year with SRK. Though they both are so different yet I love both. Radio and anchoring have always given me confidence and edge. Also have always been encouraged in both. When I was acting being nominated for best newcomer in my thirst scene and when am anchoring shooting with stars like SRK, Deepika Padukone, Ranveer Singh and being told that I am a good entertainer is a huge encouragement. 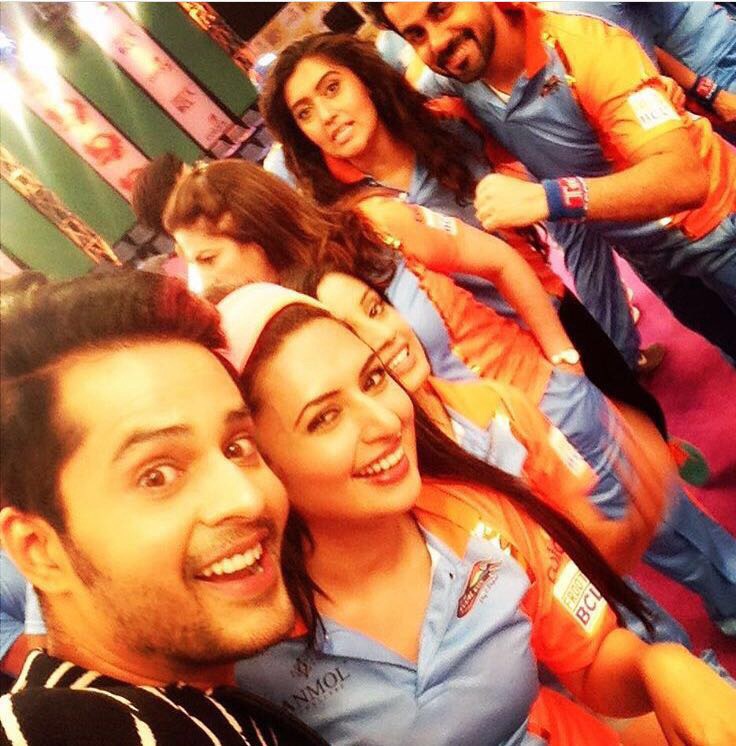 How did you have fight with Rajiv Thakur?
Well as commentators we are supposed to be doing some ungli to players for entertainment purposes only and during that match guess things went a little out of control and Rajeev Thakur took the comments which were about the match personally and got worked up which was rather funny and amusing!

From commentator to anchor how did you get the opportunity?
I was the commentator where a lot of co commentators were from a radio channel. Match after match I warmed with the players and also I have been friends with most. So guess the comfort level came. Once Sumeet was unavailable and the team wanted someone who could entertain and still have a rapport. Guess the opportunity presented itself at the right time. Lol! though rushing from commentating to anchoring in a span of 10 mins as we were shooting various episodes was challenging and fun. 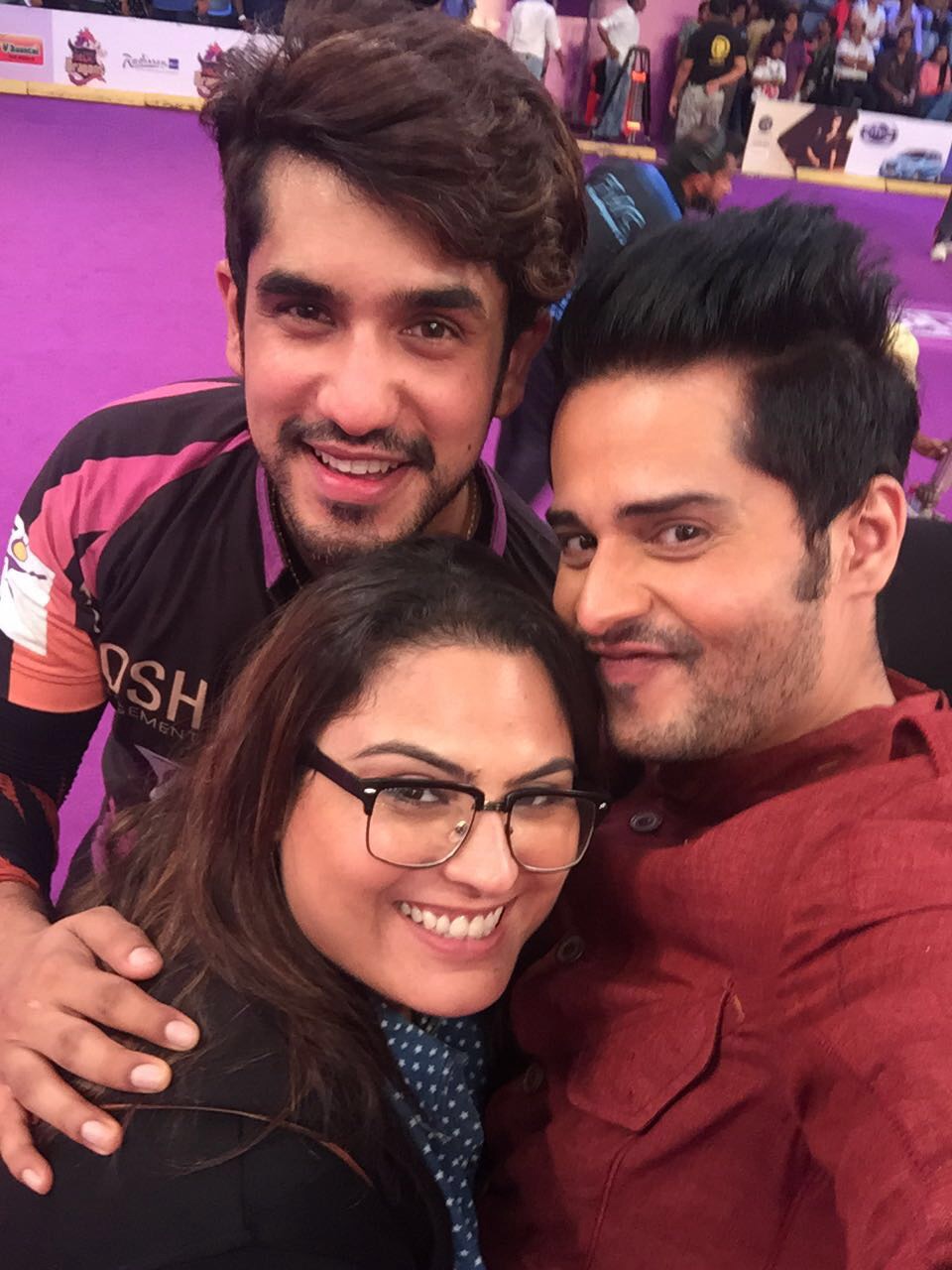 How has been the experience?
It has been lovely now that it’s over I am going to miss it. I made some awesome friends and reconnected with old ones like Mrunal Jain, Divyanka Tripathi , Asiya Qazi, Roopal Tyagi , Karan Wahi, Shaleen Malhotra , Ajay Chaudhary, Tanya Abrol, Ssharad Malhotra, Tanya Sharma and more. It had become like a gathering of all fun mad people. It was fantastic and I loved it.

What has been the feedback for your BCL association?
It has been amazing right from the audience to do actors I have been blessed. Whether it were teams like Chennai Swaggers, Delhi Dragons , Mumbai Tigers , Ahmedabad Express, Lucknow Nawabs or Chandigarh Cubs. There were moments where I had to, for entertainment purposes do some masti and pull their leg but every time I finished an episode I was told by the teams “Even though you were taking our case, it was fun and you are entertaining”. Sometimes there were moments of cute masti with Mouni Roy, Kamya Punjabi, Divyanka Tripathi. Fun banter with Mrunal Jain, Arjun Bijlani, Karan Patel, Ssharad Malhotra , Karan Wahi. Yet the fact that now I have made friends with them and have offers to join and play next time I think it was great. Even working with Sunny Arora and Anand Mishra was superb.

Mrunal Jain is said to be instrumental in getting you this opportunity comment. Is Mrunal Jain your mentor?
Mrunal Jain is like my brother. Coming back from Dubai after three years and starting over when you don’t have enough friends Mrunal is that brother who always looks out, takes care , guides and support. Very few actors have the kind of bond we have. So yes he is instrumental. I was supporter of Ahmedabad Express initially and since it’s my brother’s team we were all out there in doing creative stuff and those videos are what got the attention of BCL guys and I was called for audition. But work or no work Mrunal is my family so yes is always instrumental.