Once in an era, there comes a talent that is so remarkable and spellbinding, it transports all who come into contact, to a space all of its own. Teen Northeast Mahika Sharma is such a talent. Looking back at her exceptional career, from the tender age of 15 she started helping the poor and educating their younger kids also teaching computers to girls so that they can use their hands at some good job other than working as maids. Mahika has already work in Assamese and Bhojpuri films including Rajasthani and Haryanvi music albums. Soon the young girl is said to make her debut in Bollywood. Mahika Sharma sat down with us for a heart to heart, here is what she had to say: 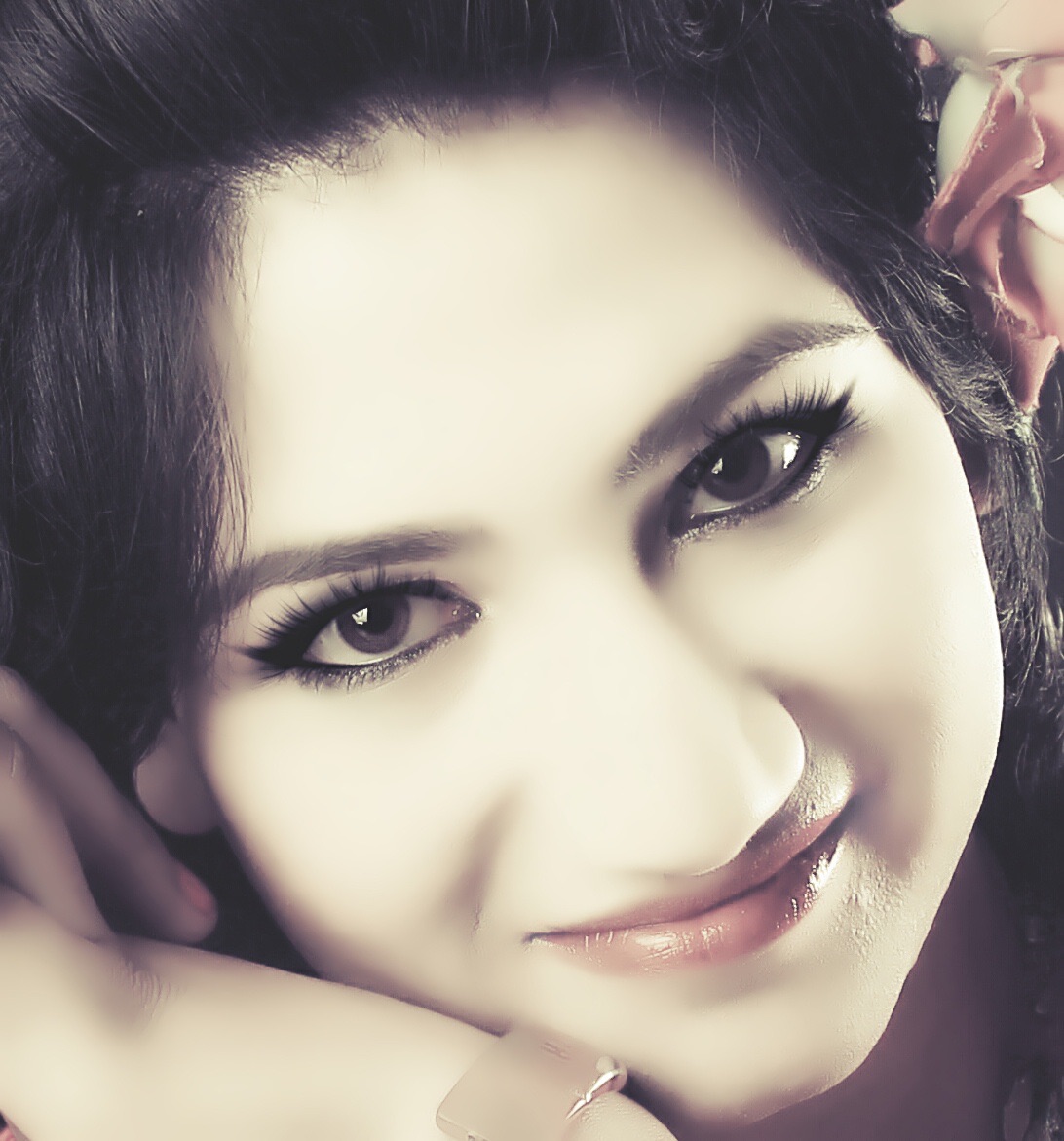 You belong to a family of generations of doctors , so it’s a wonder that you would foray into the industry yourself, How early on did you know that you were not going to follow in your family’s footsteps?
You know, frankly, I never really thought about it. MBBS was one thing I didn’t want to do. (Laughs) I never wanted to get into surgery and all like my grand pa. Modeling was something that kind of happened to me and I enjoyed, it was one of those on-the-spur-moment kind of decisions. I never really planned to be a model too — in fact, I used to tell my mommy, “you know, out of all the things that I want to be in life, I want to be teacher, because I think they don’t work just rules-(laughs) and I don’t want to work hard in my life.” But I was too silly to be teacher So, I think modeling was just kind of happened to me really.

And do you remember the exact moment when you thought, and step into modeling?
It was during my college I was offered and I did many magazine shoots and local ads. So I went ahead and I said yes to Diva Miss Teen contest. I didn’t really think of becoming a (fully-fledged) model at that point. I thought, you know I’ll do this one and then we’ll see after that. And then, it kind of became a regular deal.

So what would you say has been the most valuable lesson that you’ve learned from your career?
I think there are just so many. I think the most valuable lesson that I’ve learned is to live in the moment, and to truly appreciate each and every person in my family because I didn’t meet them for such a long time due to time constraints with my work schedule.Also, just to appreciate each and every moment and to live (like) that.

So who from your family has mostly influenced you in regards to acting and learning the skill of modeling?
You know, I don’t know whether they’ve influenced me as far as my work is concerned, but aside from my work, my mom and dad have influenced me a lot. I think my whole family, just out of watching them you know, because they all worked really, really hard. They are all very independent people. They have a lot of ethics and expect you to do the right thing. I remember my dad actually asking me just before I gave my first shot for Miss teen Diva contest, “Are you sure you want to do this? Because once you put the grease paint on, it’s never gonna come off; it’ll be there for the rest of your life!” I was like, “Are you crazy papa?!” (Laughs) He’s like “You can’t drop off in the middle of the work you know.I know you’re only 16 years old but you can’t decide in the middle of the contest that you don’t want to do this anymore because a lot of people will be depending on you as there’ll be a lot of money riding on you. It’s a big responsibility.” I looked at him and was like, “Don’t worry, I’ll finish this either win or loose. (Laughs), I promise you.” I don’t know if I realized the extent of what I would be committing myself to as a career at that point of time.

Have there been any actresses, either in the Indian film industry or in Hollywood that have influenced you?
I don’t think that anybody can influence anybody. I think you can appreciate somebody’s performance and it’s great when you do, but the minute you let them influence you, somewhere down the line, you lose out on your originality. And that’s something that I hope never happens to me. Having said that, there’s a lot of actresses that I find are fantastic at what they deliver like Sri Devi, Madhuri, Rekha, Lara Datta, Kajol. So I mean, I think they are all amazing actresses. They are seriously fantastic.

So out of all the things that you’ve faced, is there one particular thing that has stood out for you, that you found to be really challenging?
No. I’m quite easy that way. I really have. I have learned from each and every experience so, if you ask me what I regret, I don’t regret. I truly don’t. And I don’t because I don’t believe in it, because if it’s a mistake then I’ve learnt from it. If it’s something that is bad that’s happened to me, then it’s an experience that has formed me and made me who and what I am today. So, I can’t say that it’s something that I would regret. Its like do your work well and be as professional as possible. I think your personal life is your personal life and you should leave it at home when you go to work.

What advice would you give to all of these upcoming girls who are looking to forge a career in the Indian modeling industry?
I don’t know whether I have any advice per se. You know, different strokes for different folks really. What works for you, you know. I think (telling someone to work) hard is the best advice you can give somebody. Work hard, work very hard. Don’t get scared of hard work, because that’s the one thing that will pay off, no matter what happens. I think most people today think that getting into the entertainment industry is somewhat of an easy life —we’re going to have somebody do our hair and makeup and hey, we’re going to wear pretty clothes and dance around all day and it’s going to be so much fun, and it isn’t! It is a lot of work.Long hours, waking up early in the mornings, having to watch what you eat, watch what you drink, watch where you drink, watch what you say-it’s a lot of work. You have to change your entire personality to be at the top. I’m saying, know what it is — recognize it. And the same any other model or actress would have said or will be saying.

What’s the nicest compliment you’ve ever received about your acting?
Once an woman came up to me and she said “I have to tell you that my granddaughter is earning because of your help and teachings.” Also, I’ve gotten so many blessings along the way and I think that where I am today is because of that. It’s because of everybody just blessing me what else I need. In today’s day and age, when you touch somebody’s feet, it’s considered somewhat odd. People look at me a little strangely and think “Oh you’re touching somebody’s feet,” and I’m like “there’s nothing wrong with asking for blessings as I believe that a blessing is the best thing that you can get-that’s the best gift that someone can give you. On top of it its our culture one should not forget it with a high figh hug.

Being a girl how did you managed to get into social works at tender age of 15? Who helped you?
When you live with very strong people who have very strong personalities, you are bound to be influenced by them. It defines your own space and individuality. I was very fortunate growing up because they all encouraged me to be my own person which meant being an individual. I am eternally grateful for my upbringing and it’s greatly influenced my personality. It’s always been my strength. It’s very difficult for me to play a weak and defenseless person as I am not one so I cant act to be one. I have learned so much from our mytho. I’ve learned that strength cannot be brittle. You cannot be so strong that you cannot bend. Your biggest strength is the ability to adapt and survive. That is the core of any strength. It’s really just me being a woman.Society makes men believe they are stronger than women and most women believe it too. But when push comes to shove, women come to realize and believe they are stronger than men. Women may not be able to push a heavy door but they will push a man to the brink of madness! (Laughs) There are good things about being a woman and she should be proud of each aspect-the weaknesses and the strengths. I want her to be a wonderful, strong individual. And I hope I’m strong enough to give her the chance.
What advice would you give to women who feel they have to follow certain ideologies and expectations that in many ways put a lot of pressure on them to define themselves in terms of how society defines beauty?
First of all, giving into peer pressure on any account is wrong. You need to think for yourself. Don’t follow trends. You need to do what feels and looks good on you. I always say, the best accessory is a smile and free mind. Beauty comes from within. You need to believe it. Beauty is about self respect and comes from your attitude. Your inner self is much more important than your outer self.In today’s society where beauty has become synonymous with expectations that are quite demanding on young girls and women.

What about your bollywood dream?/
Romancing Salman Khan, Ajay Devgan and Ranveer Singh is my dream over screen. And for sure dancing on the disco number with Mithoon Sir will be my dream come true. And above all if my wishes come true the silver screen will be only the golden screen for me.