The team of Udta Punjab has revealed the video for the track “Da Da Dasse” from the film. After “Chitta Ve” and “Ikk Kudi”, the third song “Da Da Dasse” features all the four characters in the film played by Shahid Kapoor, Alia Bhatt, Kareena Kapoor, and Diljit Dosanjh. The song is rendered by Kanika Kapoor and Babu Haabi. Take a look!

The song, which has music by Amit Trivedi, describes the journey of each character. Commenting on the track Kanika said,

“It’s quite a grungy track; I’m enjoying experimenting with different genres of music and challenging vocals. I hope the audience likes my track.” 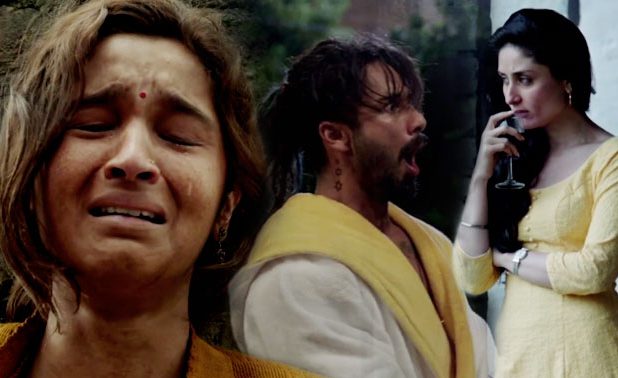 Udta Punjab is a new-age multi-starrer with an exciting cast of Shahid Kapoor, Alia Bhatt, Kareena Kapoor Khan, and Diljit Dosanjh. Directed by Abhishek Chaubey, the film releases on June 17, 2016.