Anticipation and hype is slowly building for Sajid Nadiadwala’s upcoming action flick Dishoom. The actors, producers, and other members of the Dishoom team took to social media to unveil the official logo for the film. Check out the logo below! 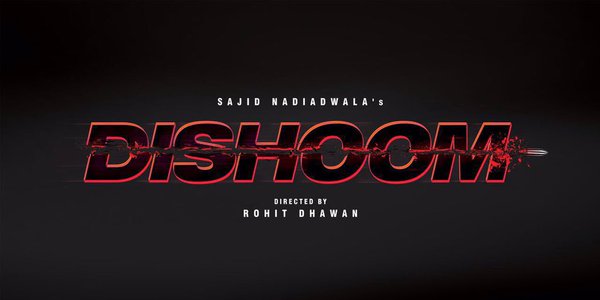 Dishoom is an upcoming film starring John Abraham, Jacqueline Fernandez, Varun Dhawan, and Saqib Saleem, among others. It is produced by Sajid Nadiadwala and directed by Rohit Dhawan.

Stay tuned for the official release of Dishoom’s trailer on June 1st!