T-Series and the team of Housefull 3 have released another video song from the film. “Taang Uthake” is a party number featuring lots of booze and some funky dance moves by the entire cast. 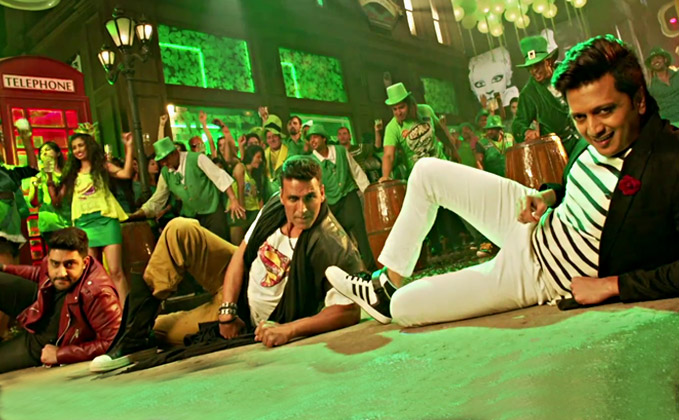 Composed by Sohail Sen, “Taang Uthake” has been sung by Mika Singh, Neeti Mohan, Mamta Sharma, and Hrishikesh Chury. Lyrics have been penned by Sameer Sen, Farhad-Sajid, Mamta Sharma, and Sanjeev Chaturvedi. Check out the track below!