The duo is back and they bought us another great hit. Yes, you heard correctly Farooq Ilyas and Ravi Bal team up once again for Farooq’s second single called “Tu Mera Dil” for his upcoming album. 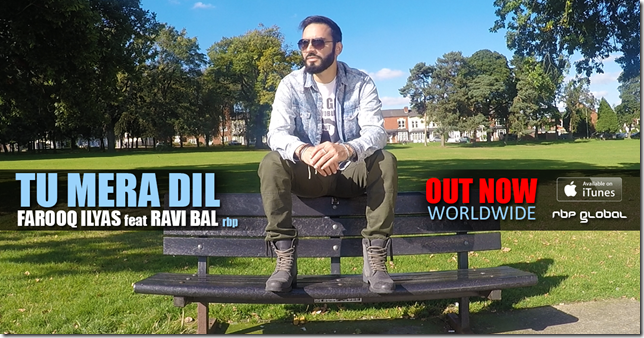 The new track has been done with lyrics and vocals by the versatile artist Farooq and the music has been composed by World renowned Music Producer Ravi Bal who is based in UK. Farooq has an all-rounder talent,  and had taken an interest in music at a very early age, he has a passion in singing, songwriting, composing, and is also is a musician. It had started has a hobby and now it has become a successful career path for him.

We wish the best of luck to Farooq for his upcoming album and also looking forward to hearing his third single which is already prepared to shoot very soon.