Azhar is a cricketer known for many achievements and controversies—including a match-fixing scandal that resulted in the cricket association banning him from the Indian cricket team. Director Tony D’Souza presents all this and more in his latest biographical-inspired film Azhar. 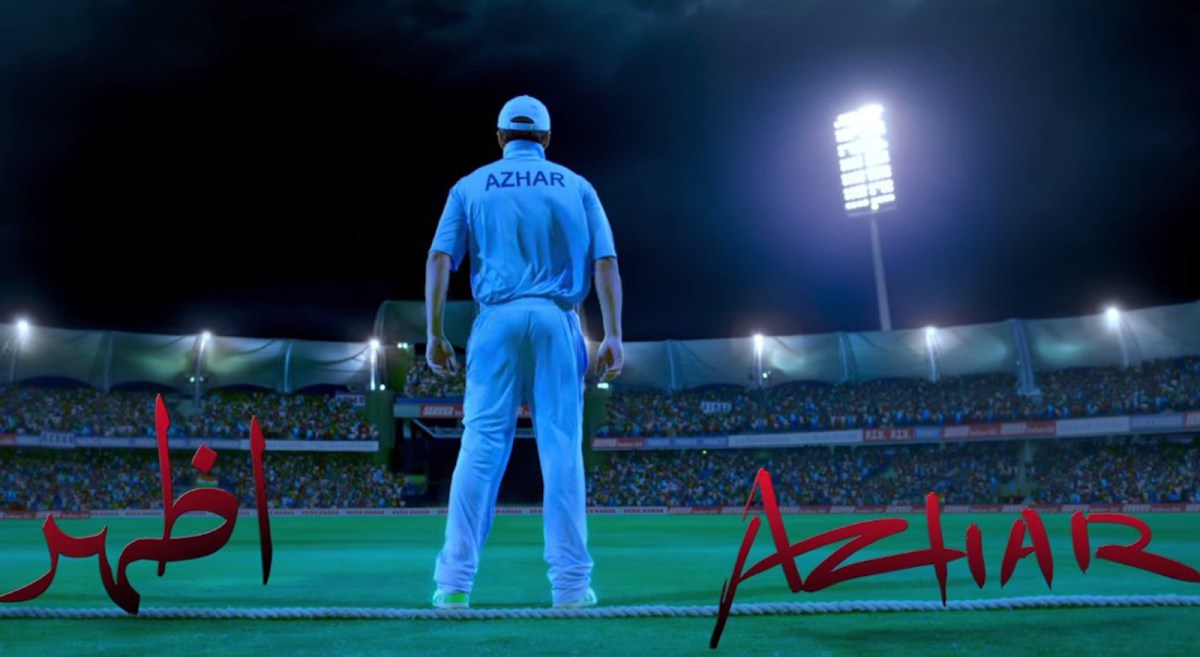 Mohammad Azharuddin aka Azhar (played by Emraan Hashmi), a young lad from Hyderabad, aspires to be a famous cricketer to play for India. His rise to success is accompanied by his marriage to Naureen (Prachi Desai), three consecutive centuries in his first three test matches, and his love affair and subsequent marriage with Bollywood actress Sangeeta (Nargis Fakhri). Suddenly, Azhar is accused of being involved in a cricket match-fixing scandal and he spends numerous years of his life trying to defend himself in court.

Contrary to popular belief, Azhar is not a film about cricket. It is a movie about a simple man with a simple ambition who is thrown into a complex society that makes him question himself and the world around him. It is a story of self-discovery in which he slowly realizes his talent and potential when he is offered captaincy for the Indian cricket team. Despite the allegations against him, we are able to connect with Azhar as a human being, especially in his moments of social awkwardness when meeting Nauren for the first time and his dedication to his team and nation. Azhar has many strengths to its credit.

Amaal Mallik’s music is commendable and haunting, especially the song “Bol Do Na Zara.” Some of the one-liner dialogues written by Rajat Arora are witty and amusing. Rakesh Singh’s cinematography is very unique, capturing certain scenes and emotions through mirrors and adjustments in focus.

Overall, the storytelling is well-structured through the use of flashbacks, which effectively comes and goes throughout the narrative.

One thing that could have been better developed was Azhar’s love for and relationship with Sangeeta. The director’s failure to elaborate on Azhar’s desire and attraction made it seem out of the blue for Azhar and Sangeeta to fall in love, let alone get married.

Needless to say, Azhar is an out-an-out Emraan Hashmi flick in which the actor performs very well. Unfortunately, his wives do not have much to do and make only a few appearances here and there. Lara Dutta essays the role of a defense lawyer excellently and it was a pleasure to see her onscreen again after quite a while. Gautam Gulati, who debuts in this film, is also quite impressive as a cricket commentator. Azhar’s chemistry with his grandfather is really cute, as is his grandfather’s endearing and unending inspiration when Azhar is on the field.

Final Verdict: Azhar is layered with elements of many genres, including romance, comedy, thriller, and sports biography. The film follows the trials and tribulations – however real or fictionalized they may be – of a former captain of India’s cricket team. A good watch for both cricket connoisseurs and non-cricket lovers!