Dhruv Singh , who is seen essaying the role of Vinod Khanna on Sahib Biwi Aur Boss Recently got the treat of his lifetime. The young and talented actor recently got a chance to shoot alongside veteran actor and king of comedy Rakesh Bedi. 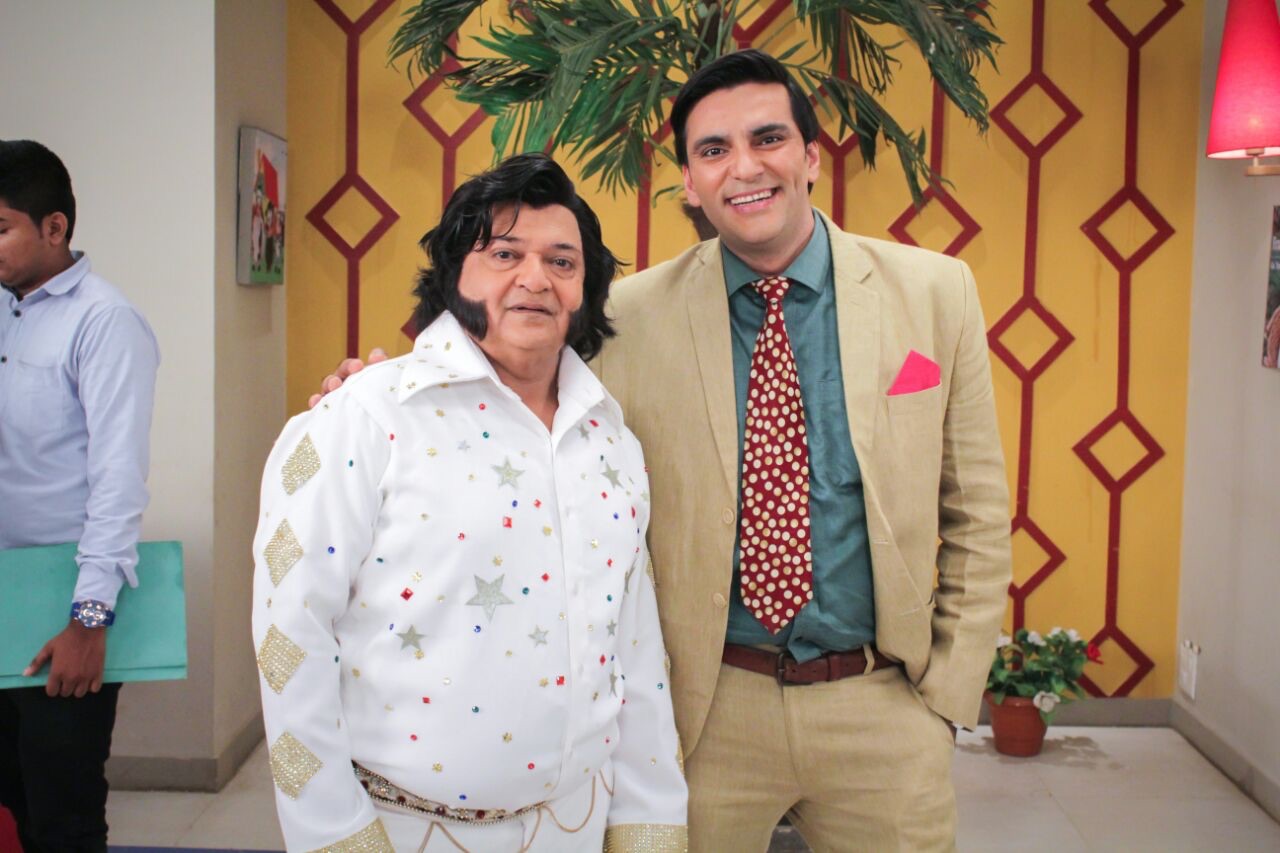 Commenting on the same Dhruv says,

“It was a honor to work with Rakesh. I got to learn many things from him. It’s my honor to work with him. I have seen him doing so many things in Yes Boss and here there and also in films. I was really happy and it was like a dream come true.The sequence is Rakeshhji tries to ask my buaa’s hand. In last episode it was shown that he is a big don but in this episode he is become a good man and he is completely fallen in love with my buaa. I learnt that in life the person should be humble. He is a gem of a person who has clarity in lfie and career”.

“He really likes my character and compliment coming from a seasoned artist like him really motivating”.

On being asked what is the feedback you are getting he says,

“The feedback is really awesome. The people who are watching the show are really liking the character of Vinod Khanna. It turned out to be the best amongst all and all the credit goes to director and co-actors”.