My Big Fat Greek Wedding 2 is the highly anticipated follow-up to the highest-grossing romantic comedy of all time. Audiences worldwide embraced the immensely relatable characters, seeing their own families reflected in the adorably brash and bold Portokalos clan members. 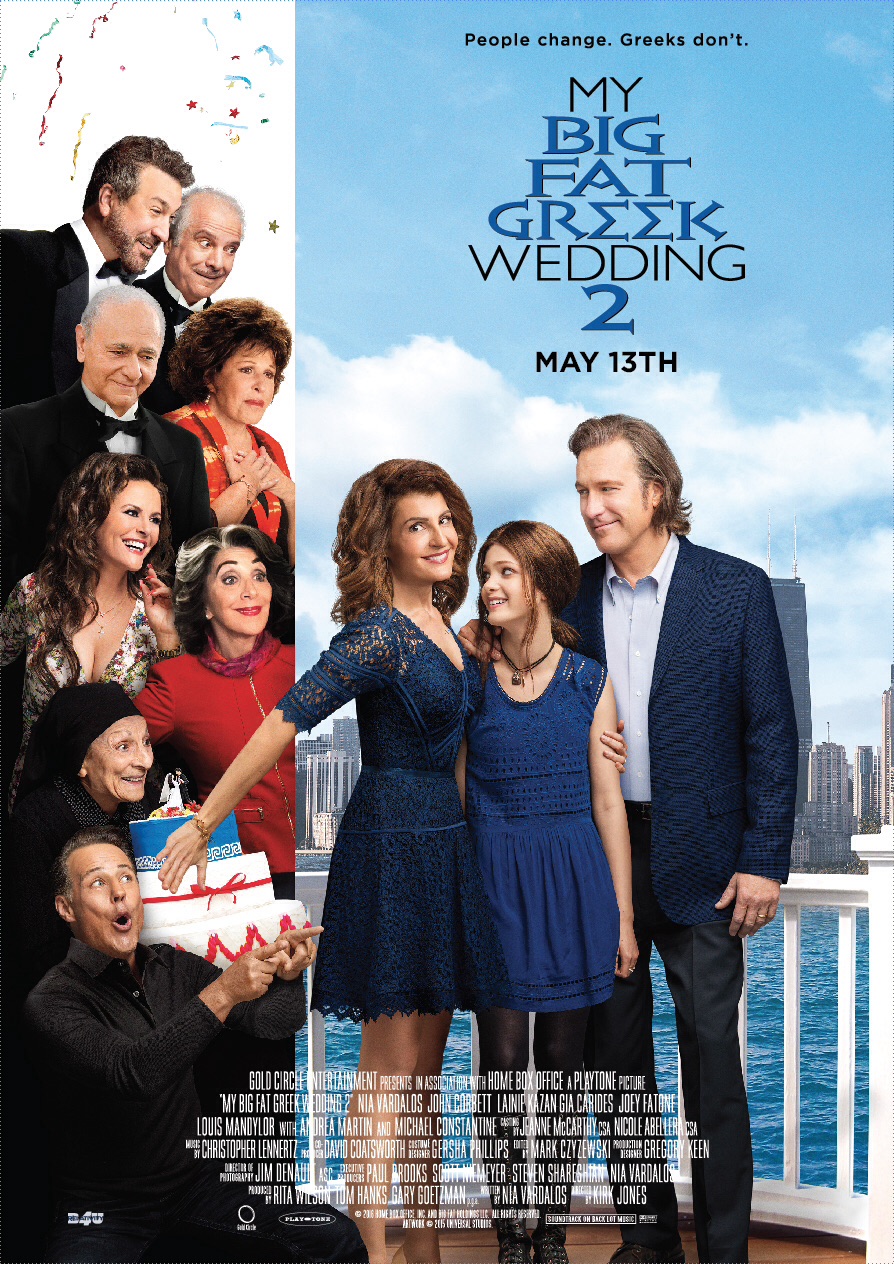 Written by Academy Award nominee Nia Vardalos, who stars alongside the entire returning cast, the film reveals a Portokalos family secret that will bring the beloved characters back together for an even bigger and Greeker wedding.

Not only would My Big Fat Greek Wedding end up becoming the most successful romantic comedy of all time—earning more than $245 million at the U.S. box office—it accumulated fans worldwide who have shared it with each member of their family and can quote every line of the film. Resonating with young and old moviegoers alike, it has become a touchstone in the genre.

And how did the sequel come about? Nia Vardalos reveals…

Since she had waited a decade to become a parent, Vardalos threw herself into every aspect of the joys of motherhood. She explains:

“I tried to do it all—from finely chopping GMO-free vegetables for daily homemade soups to making handmade costumes.”

On the first day of her daughter’s kindergarten, Vardalos recalls,

“I was crying so hard at the idea of my daughter starting school. Another mom, I think in an effort to calm me, said: ‘In 13 years, they’ll go off to college and move away from home. It was then and there the writer/performer got the idea for the sequel”

“I was struck by such panic and fear at the thought of my daughter leaving me that I realized I had morphed into my own overbearing, bordering-on-suffocating, Greek parents.”

Catch the fun comedy next week at a theater near you!