Last night, critically acclaimed actress and director Fagun Thakrar made a stunning entrance at the opening ceremony of the 69th International Cannes Film Festival. The film to open the prestigious Film Festival this year was Woody Allen’s Café Society. 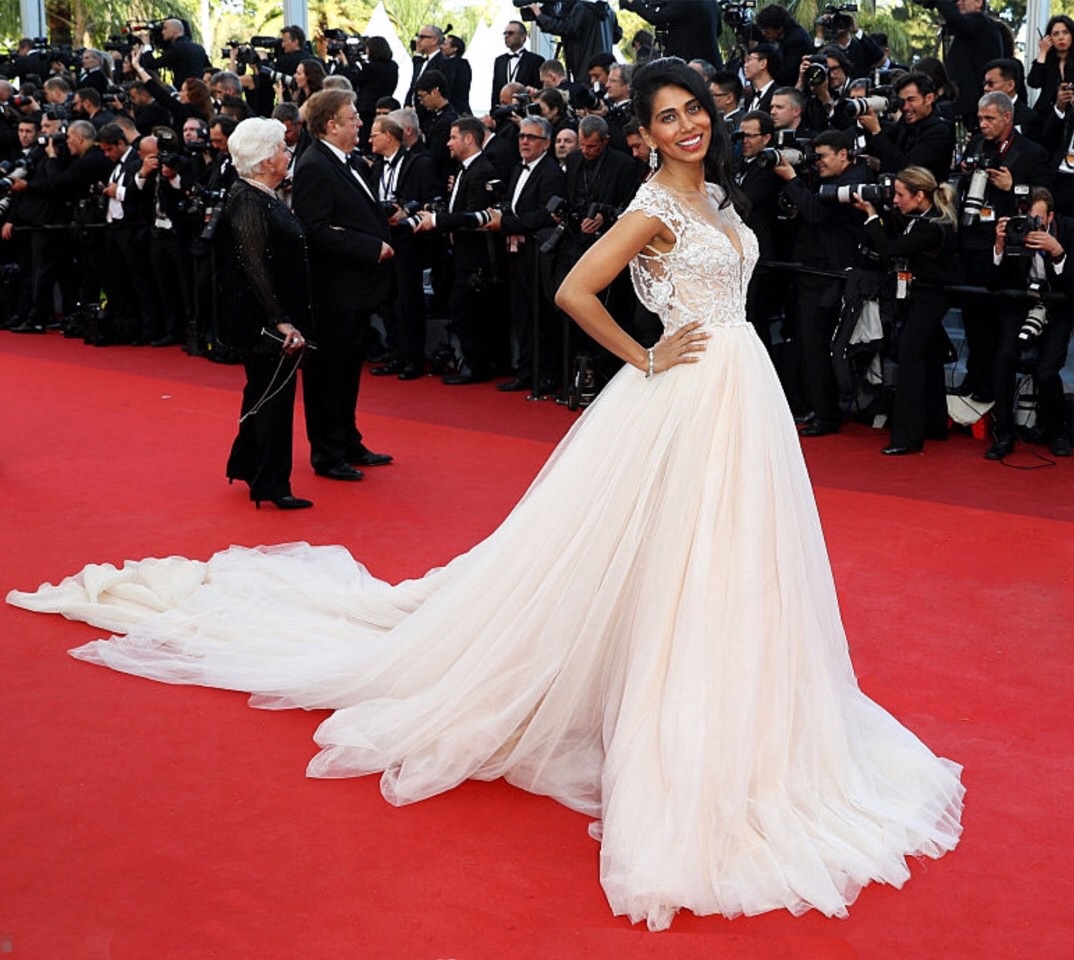 Fagun took to the red carpet with style, wearing an incredible long pink dress with a laced front and a stunning train from Galia Lahav, and magnificent diamond earrings and bracelet by Avakian. Having been named best dressed at the Film Festival last year by Gala, Fagun certainly maintained her reputation for elegance and sophistication in front of the world press and people who turned up to see the festival.