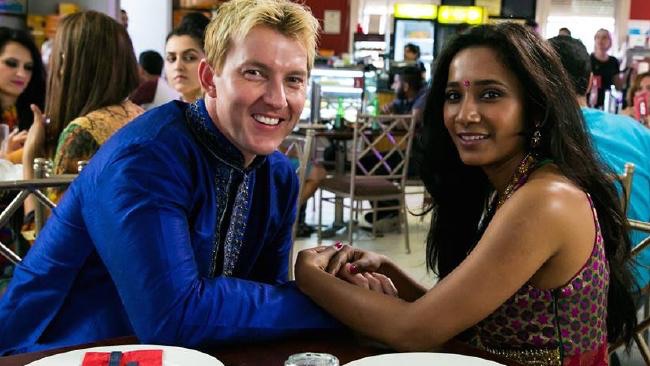 Opening with a world premier at Montreal, unINDIAN continued to be screened at number of film festivals throughout Europe and America. The film opened across 70 screens in Austraia, with Madman picking up ancilliary sales in Australia. The producers will be selling the film to various territories, particularly India,through their global sales agents, Yellow Affair at Cannes. Speaking from Cannes, Miira Paasillinna and Chris Howard from Yellow Affair said

“We are delighted to be selling this warm and funny Australian film. There have been many queries from India because of the Bollywood cast in the film and also the popularity of Brett Lee and of cricket there. We believe the film deserves an audience as it portrays a positive message about cultural differences and tolerance.”

“It is a delight this independent cross cultural comedy is being screened as part of an Australian focus at Cannes Antipodes, particularly after successful screening at festivals in London and California. ”

“In this times of violence, it is wonderful to highlight great comedies that praise the cross cultural links of our society, as it brings to the audience laughs, emotions and faith in humanity. Through this beautiful, entertaining, coloured, fresh, dynamic and optimistic movie, Anupam Sharma brings hope and love into the world, our world, which needs it. I am very happy to be able to share this great comedy with the French audience.”

Highlighting the complexities of wooing another from a different culture, unINDIAN is an Australian romantic comedy with a lot of heart and a little spice! The film also stars internationally acclaimed actress Tannishtha Chatterjee (Bhopal: A Prayer of Rain, Siddharth, Brick Lane) along with Indian cinema stars Supriya Pathak Kapur, Akash Kurana and Gulshan Grover. The film was credited for providing a platform to diverse Australian cast in supporting roles, including John Howard, Tiriel Mora, Maya Sathimoorthy, Arka Das, Sarah Roberts, Adam Dunn, and Nicholas Brown.