If you are a lover of dance, and especially Bollywood dance, then the one choreographer whose name you are most familiar with from India is Master Saroj Khan. Sarojji is the mastermind behind some of the most iconic numbers in Bollywood including “Kaate Nahi Kat Te”, “Ek Do Teen”, “Na Jaane Kahaan Se”, “Dhak Dhak Karne Laga”, “Hum To Aaj Kal Hai”, “Choli Ke Peeche”, “Mehndi Laga Ke Rakhna”, “Bhumbro”, “Yeh Ishq Hai”, “Dola Re Dola”, and so many more! The choreography she has done for dance diva Madhuri Dixit are some of her most well-known pieces.  So, as you can imagine, it is a dancer’s dream to learn under this legend of Bollywood.

A few weeks ago, Sarojji was in the US conducting workshops as part of her Dance Diaries workshop tour. The tour took her to various cities in Canada and the United States. In New York, Bollywood Funk NYC studio was the sponsor. The studio is headed by director Ayesha Khanna. Born and raised in India, Ayesha learned the classical dance form of Kathak under the guidance of Pundit Birju Maharaj and Smt. Shovana Narayan. A natural performer, she also studied acting under Amal Allana, the Chairperson of the National School of Drama in New Delhi. Due to Bollywood Funk’s hospitality, I had a chance to attend Sarojji’s Wednesday workshop as well as a semi-private class. The Wednesday workshop was the last in a 3-day workshop.

I was impressed that the workshop was highly successful despite being held on a weekday! The students from Bollywood Funk all came out to learn from Sarojji. It is said that “Dancing with the feet is one thing, dancing with the heart is another.” During the workshops, Sarojji truly reflected this notion. In the earlier session, Sarojji along with her assistant Manish Jagwani taught Bollywood Funk Director and instructor Ayesha, Bollywood Funk dance instructor and Company Administrator Zenobia, and me (Roopa) a routine to “Choli Ke Peeche.” Immediately following that session was the masterclass with Sarojji with the students of Bollywood Funk. There, upon popular demand, Sarojji and Manish taught a routine to the iconic song, “Bhumbro.” During the first two days, Sarojji taught “Dola Re” and Mehndi Laga Ke Rakhna.” What is impressive is that Sarojji choreographed unique steps to these songs during the session! She proved to all of us that she is still a bundle of talent! Even more impressive was the fact that all of the students there picked up the steps almost instantly!

After the session, Sarojji did a question and answer with the students and shared her perspective on dance, the industry, and her journey. Also following the dance session was a mini-celebration for Sarojji. The Bollywood Funk NYC team had ordered her a custom cake which featured her most iconic numbers and songs that had earned her National Awards and Filmfare Awards. One could tell how touched she was by the gesture!

When I asked Ayesha whether her expectations were met for the workshop, she said,

“This workshop was nothing short of a dream come true!! I have been an avid admirer of Sarojji since I started my dance journey. Hosting a workshop with Sarojji has been an extraordinary experience. To see her walk through the doors of our studio, teaching my students, I feel I have accomplished one of the biggest goals of my life. My dance journey from here on is blessed!

She is such a perfectionist and so committed to her art. This generation of dancers and choreographers have a lot to learn from her. She is a true genius on the dance floor, whipping up complicated routines in minutes! She taught us for hours each day teaching some of her most iconic songs (Dola Re, Mehndi Laga Ke Rakhna, and Bhumro). Working with her for three days has only inspired us to work harder! We are so grateful for this opportunity and we can’t wait to have Master jee visit us again!” 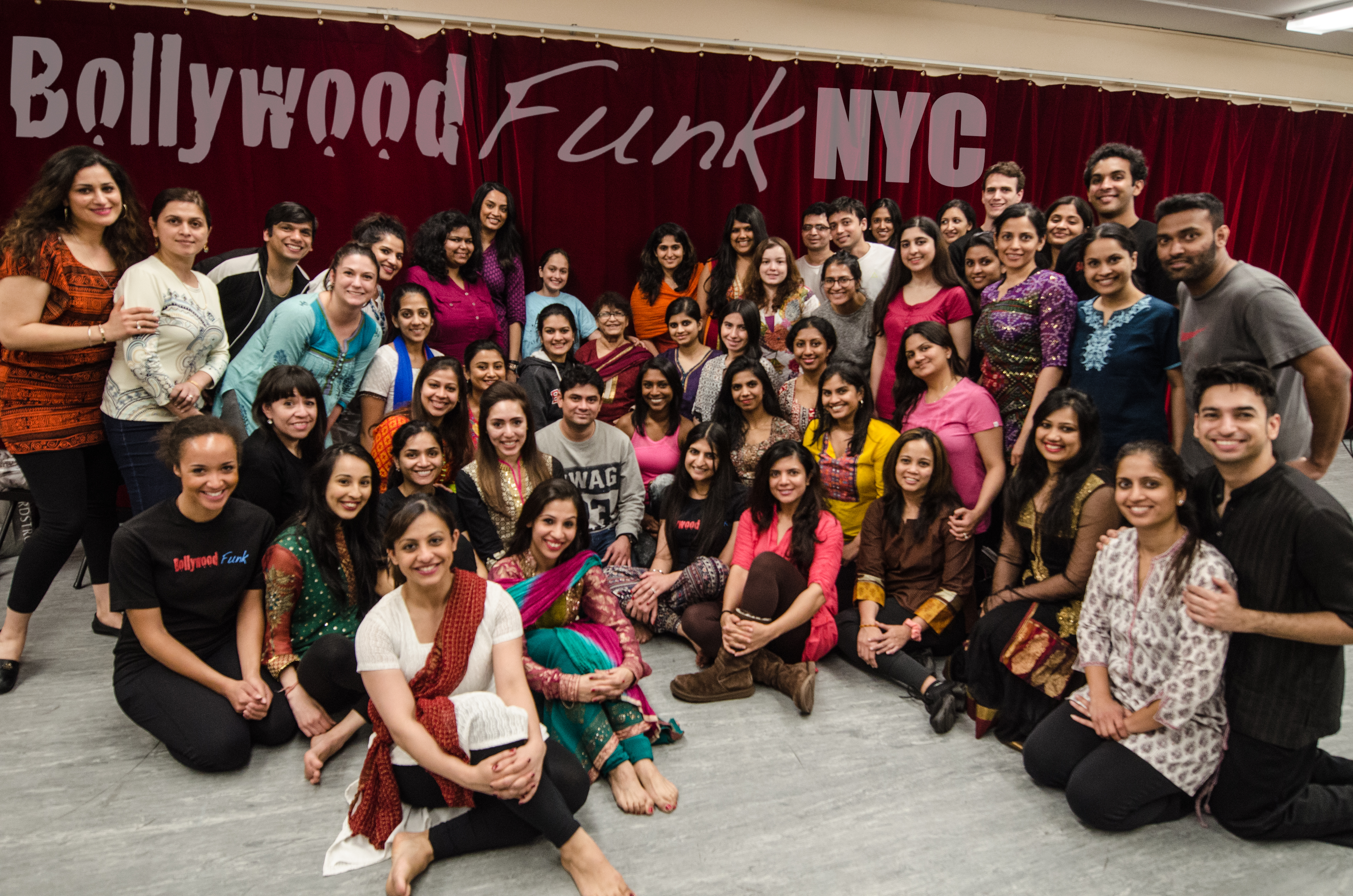 Zenobia too loved how the workshop turned out,

“Organizing this workshop was one of the most rewarding experiences of mine at BFunk. Apart from learning and executing the ins and outs of this event, I had the opportunity to be around a personality that has been built on passion, struggle, success, and drive. Sarojji’s energy is something everyone needs to be around. She is a force to reckon with, and being around her helped me do that. I will always remember the simplest sentence she told me about her life; ‘I have enjoyed dancing everyday’. I wish that I can say that some day when I am her age.”

Ayesha’s 16 year journey in dance has taken her from India to the US. She has choreographed and performed in over 100 productions, including Bollywood films Dhoom and Socha Na Tha. She came to NY in 2005 to make her dance dreams a reality and started the school with one student in 2007! Well, boy has it grown since then! She explains,

“This school is about making dancers connect with each other / themselves as individuals while working towards a common goal and passion. Bollywood dance is not just a hobby, it is serious hard work and requires the same type of discipline and respect that we give to other art forms. My vision for this school was to inspire people who give up on their passions early in life to get a second chance at pursuing dance at a professional level. Life is all about second chances. If you are getting the opportunity to take up dance again… then live every moment of it!”

We are sure that Sarojji will continue to do workshops here in the US, but until she comes back, be sure to check out Bollywood Funk NYC! Keep dancing!