The versatile actress Richa Chadha has added another feather to her hat! Richa who enjoys dancing also tried her hand at choreographing a few steps for the song Tung Luk Tung Luk in her next film Sarbjit. 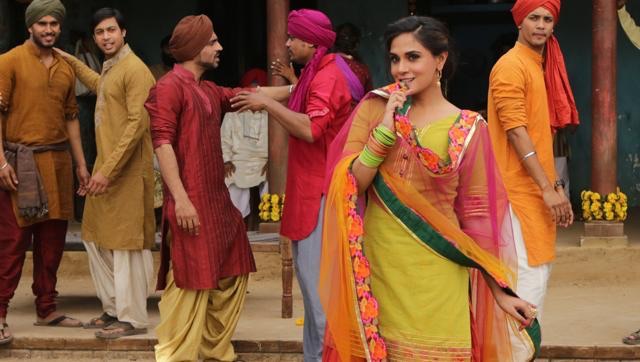 “I love dancing, be it any form, and being a Punjabi — bhangra and gidda is my favorite.When I heard this song for the first time, I was excited as it was peppy and fun and was therefore looking forward to the shoot.”

“While shooting for the song, the set up and the atmosphere was so lively that I got into the feel and tried my own steps in between. To my surprise, the choreographer liked them and decided to include them in the dance. The song is amazing and in no time the entire set became a dance floor,”

According to a source Richa even helped out co-actor Randeep Hooda who was having some trouble with a few steps to master the moves. The source added, “Richa guided Randeep through some steps which he was struggling with.”

Directed by Omung Kumar, Sarbjit stars Randeep Hooda, Aishwarya Rai Bachchan and Richa Chadha in lead role and is set to release on May 20th, 2016.