Known Indian film actor Ranjha Vikram Singh is sharing sizzling chemistry with his co-actor Sonia Mann on the sets of Punjabi film ’25 Kille’. The film is under production these days and is expected to be released in the month of August this year. Gossip is in the air that the pair is having an affair and doing another film together after 25 Kille. 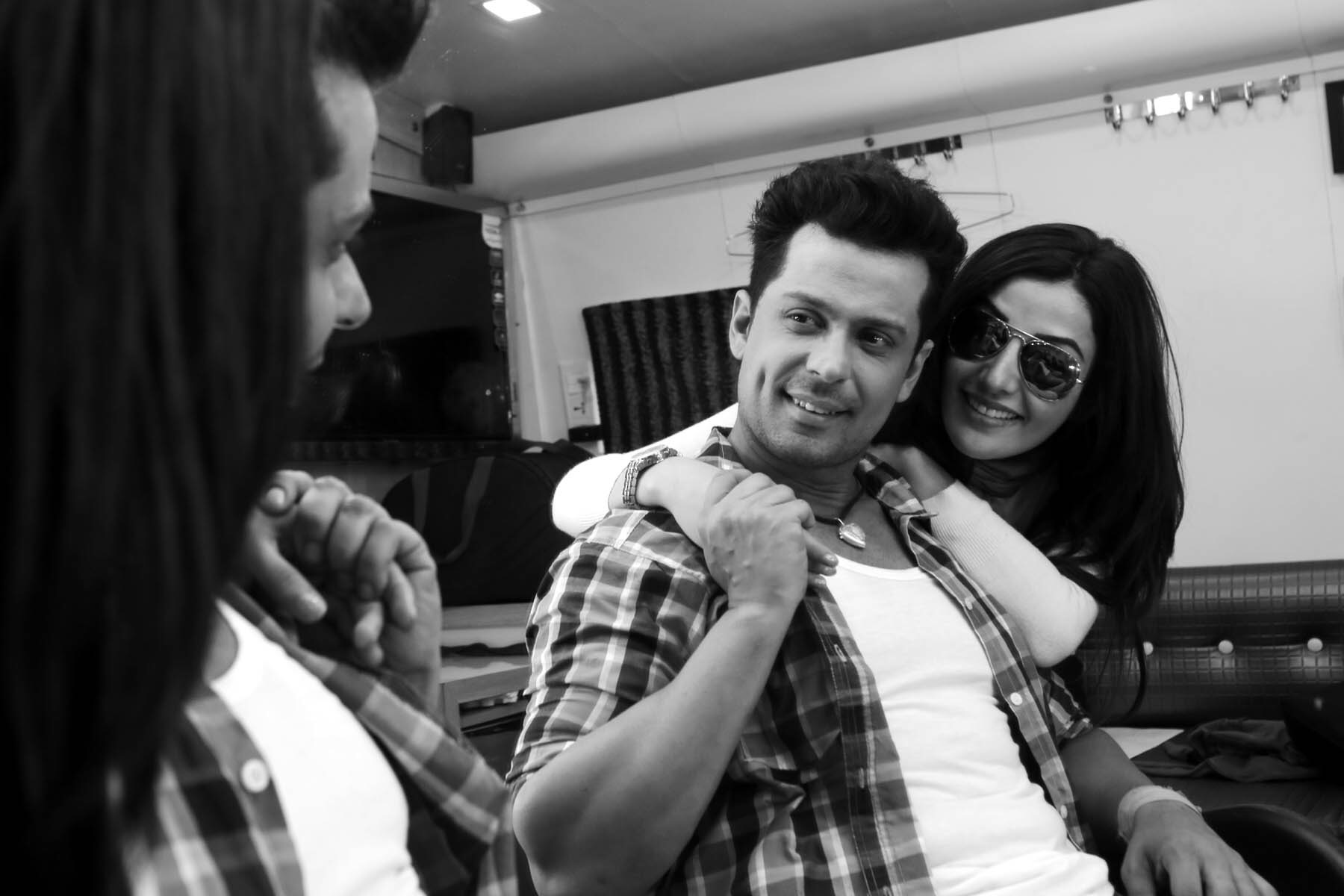 After the success in last Bollywood hit ‘Heropanti’ and South Indian films such as ‘Rana Vikrama’, ‘Rebel’ and ‘Manadhil Maayam Seidhai (MMS)‘, Ranjha Vikram Singh is debuting into Punjabi film industry with this film. On the other hand actress and model Sonia Mann, a rising star in both the South & Punjabi film industry plays the lead actress.

The duo is said to be sharing great chemistry on and off the sets and no doubt they look great together.

‘25 Kille’ is a home-grown Punjabi movie about four Jatt brothers and their love and unity against the odds of mystery. The movie also has the greatly anticipated return of the respected versatile veteran actors Guggu Gill and Yograj Singh working together once again after a long gap of 16 years. It is a presentation of Running Horses Films and Color 9 Productions.