Sajid Nadiadwala and UTV Motion Pictures produced film Baaghi is a full action romantic-comedy and entertaining packed film! Today at the movies I was taken into director Sabbir Khan’s Hindi version of your typical ‘Jackie Chan‘ film with hints of Bollywood, and it was actually really well done. 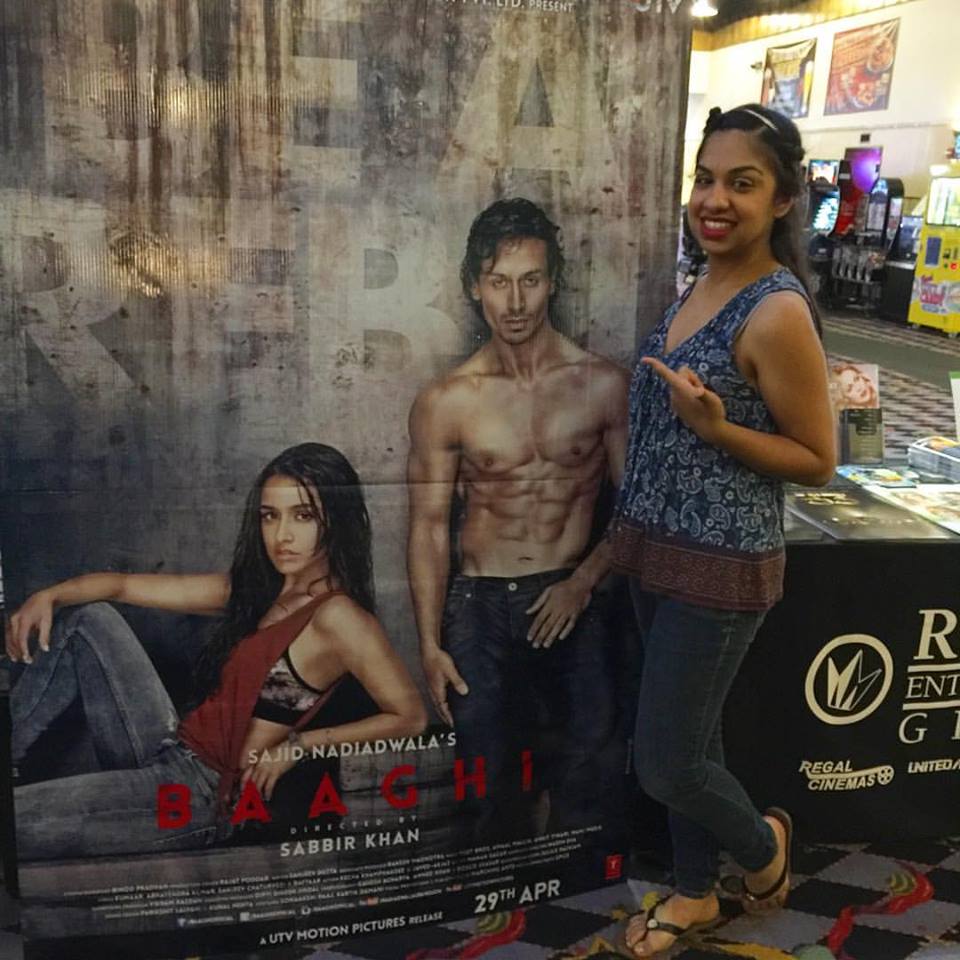 What I loved most about Baaghi was the chemistry between Tiger Shroff and Shraddha Kapoor. Tiger of course is extremely talented with his body and excelled every single action-fight sequence in the film. Director Sabbir Khan truly utilized Tiger’s appearance and personality to the ‘T’ from shirt ripping ab moments, to gruesome action and charming scenic romance.  Shraddha has impressed me every single time I see her face on the big-screen. Her role as Sia was well performed and loved that she even womaned up and had a few action-fight scenes herself. I really enjoyed Shraddha’s performance in the track Cham Cham. The two had a beautiful quirky-comical connection with one another, and of course all the coincidental rain scenes added to it. The rain scenes will definitely enhance everyone’s fantasy ‘Bollywood moment’.

In addition to Shraddha and Tiger two other actors stood out the most to me. First is Sunil Grover who plays Sia’s daughter. Most will recognize his face and remember him as ‘Guthi‘ from former show Comedy Nights with Kapil and like always her performed superbly on the big screen! Another role which stood out was the films villain, Raghav, played by South actor Sudheer Babu.

The film felt long, but the story was very grasping. I enjoyed every bit of it. From the fight sequences, to the comedy scenes and the songs. Baaghi is your whole nine-yard action-romantic-comical film. One does not have to think much to see the film, but will be totally entertained!

The music of the film has to be one of my favorites! Meet Bros, Amaal Malik and Ankit Tiwari as always have compiled a beautiful set of tracks for the film. I like all of the, but to narrow it down Girl I Need You and Sab Tera are my favorite. Huge props to Shraddha for looking stunning in Sab Tera plus singing it so well.

Urban Asian’s review of Baaghi is