Sangeet Martand Pandit Jasraj’s devotion towards music is a true example for keeping the roots of music alive. A deep believer of humility and love, Pandit Jasraj has flagged the way for Indian classical vocal music to echo across the world. 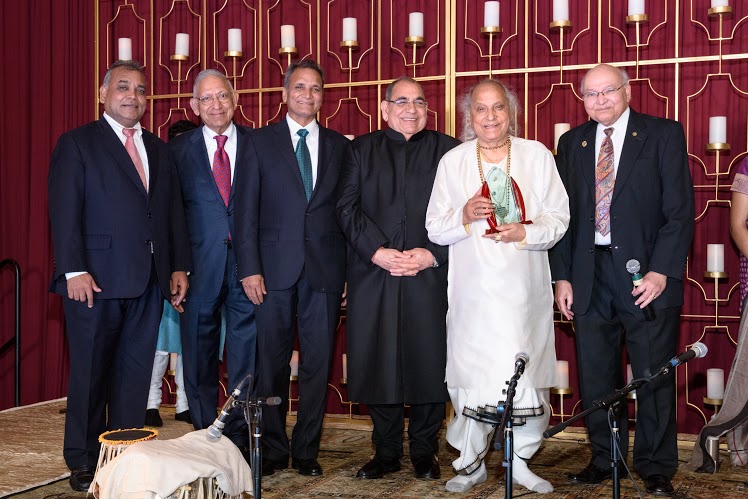 At a recent event in Houston, India House, a leading organization representing the Houston community in the USA, recognized and honored Sangeet Martand Pandit Jasraj for his lifelong, distinguished, and exceptional contribution in the classical Indian arts, including popularizing Indian classical music and inspiring other artists and youth worldwide. The President of the India House honored Pandit Jasraj in the presence of an exclusive gathering of prominent citizens, such as US Congressman Al Green. 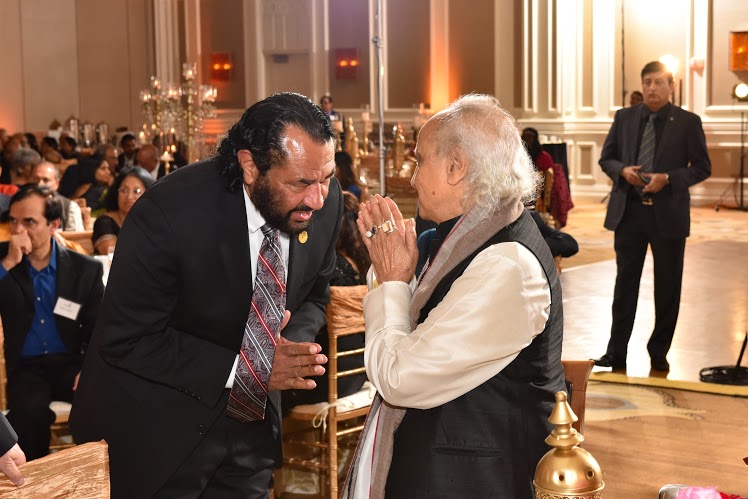 “Bapuji’s perseverance has yet again been recognised and awarded. As his daughter, I feel immense happiness and as a citizen of India I feel pride. Bharat Ratna Pandit Ravi Shankar ji always said about Bapuji that what he did for Indian Classical Instrumental Music across the world is what Pandit Jasraj is doing for India Classical Vocal worldwide! It’s a moment of pride for each one of us.”

In 1995, Pandit Jasraj’s students opened his first school – The Pandit Jasraj School of Music Foundation (PFSMF) – in Vancouver, Canada, after which many disciples of Pandit Jasraj spread out to run schools in New York, New Jersey, Tampa, Pittsburgh, Atlanta, and others. Pandit Jasraj spends a few months every year teaching, performing, and spreading the true essence of Indian Classical Vocal Music in the US, which has helped PJSMF become a brand that is synonymous with Indian music in the US. Many of his schools are now recognised as Institutes by the US government and also receive patronage from them. 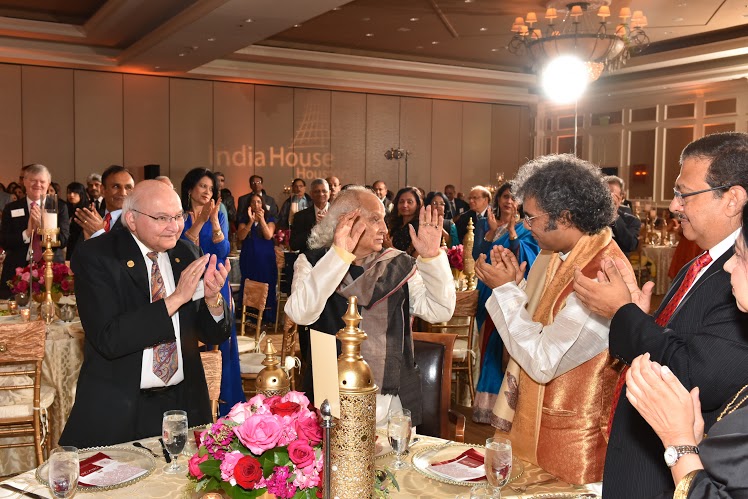 Pandit Jasraj is the first Asian in whose name scholarships are given in any North American university to deserving young students pursuing Indian Music. Pandit Jasraj’s musical journey is an inspiration to everyone who resonates with music. He has been passionately loyal to his soil, while his music has scaled ethereal heights all over the planet.