The world is spinning faster than ever these days and there are a few things in this world not a single one of us could imagine the world without. One would be films.

I myself being a springing filmmaker in the making, it fascinates me to see what established filmmakers have to go through to just make their vision come together.

Ashvin Kapoor is an Oscar nominated film director, screenwriter, human rights activist, and son of one of India’s top fashion designers, Ritu Kumar. He enjoys telling stories of the disenfranchised. What hinders Ashvin during his film-making process is either the film being banned or altered, and as a story-teller there should never be a compromise with the story, nor should a story ever be banned to tell to the world.

Ashvin is now in the process of making his next film, Noor. He has gone through all roads with this film, such as finding the right person to play the role of Noor. He has even decided to switch away from the initial film investors as they wanted to change the vision of the film. Now Ashvin has taken the road to campaigning and asking us to help him raise the money to make the story of Noor come to life. 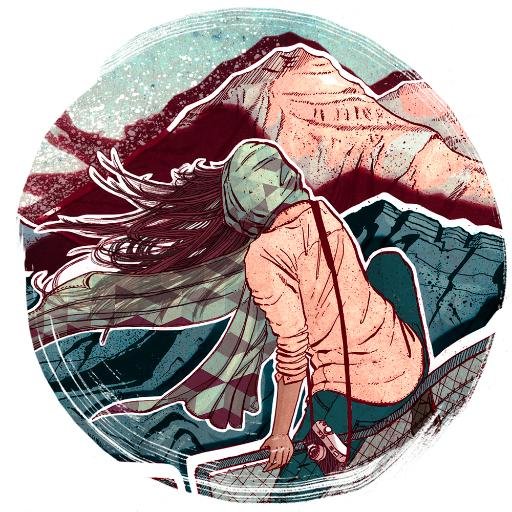 I got to find out a bit more about Noor the film, and even more about Ashvin himself in this conversation I had with him.

Ashvin, you have created such creative stories, which all give the audience some sort of life message. When writing Noor what is the one message you want to convey to your audience?

I recall a sense of shame and disbelief that I felt as an Indian when I first embarked on my Kashmir documentaries, the Inshallah series, in 2009. Everything that I was witnessing and recording contradicted what I had consumed in the past about India’s relationship with Kashmir.

Despite twenty years of a grueling and bloody conflict, and despite being, for all practical purposes ‘the enemy’ (an Indian), I was not only welcomed by ordinary Kashmiris but given unprecedented access to most private, secret thoughts and feelings -as evidenced in the preceding documentary features.

I came away humbled and somewhat perplexed by that sense of shared humanity that seems to bind people, transcending divisive religious and national affiliations. They have a word for this in Kashmir — its called ‘Kashmiriyat’. Very hard to translate into English but loosely, let’s call it ‘brotherhood’. For me ‘Kashmiriyat’ encapsulates optimism, hope, and light-heartedness -A sense of culture, sophistication, understanding, and forgiveness.  It is this sense of ‘Kashmiriyat’ that I want to recall in ‘Noor’.

Conflict, I realized, is its most brutal in the kitchen — when the family is gathered for a meal or a cup of tea. And that it is the women and children who are gathered around that hearth, upon whom the crushing weight of absence and loss falls most heavily. So it is through a depiction of the mundane, the humdrum lives that this story of two teenagers from a disparate worlds and their experience of love, pays homage to the indomitable spirit of these women and children of Kashmir. They are the traumatized survivors who endure a merciless occupation, a colonization of hearts and minds that is now become institutionalized by ritualized humiliations in a conflict that doesn’t seem to have any end or respite. Theirs is a heart-breaking vigil with no end. And yet, remarkably, it is they who keep the struggle for dignity alive, long after the world has forgotten their predicament. 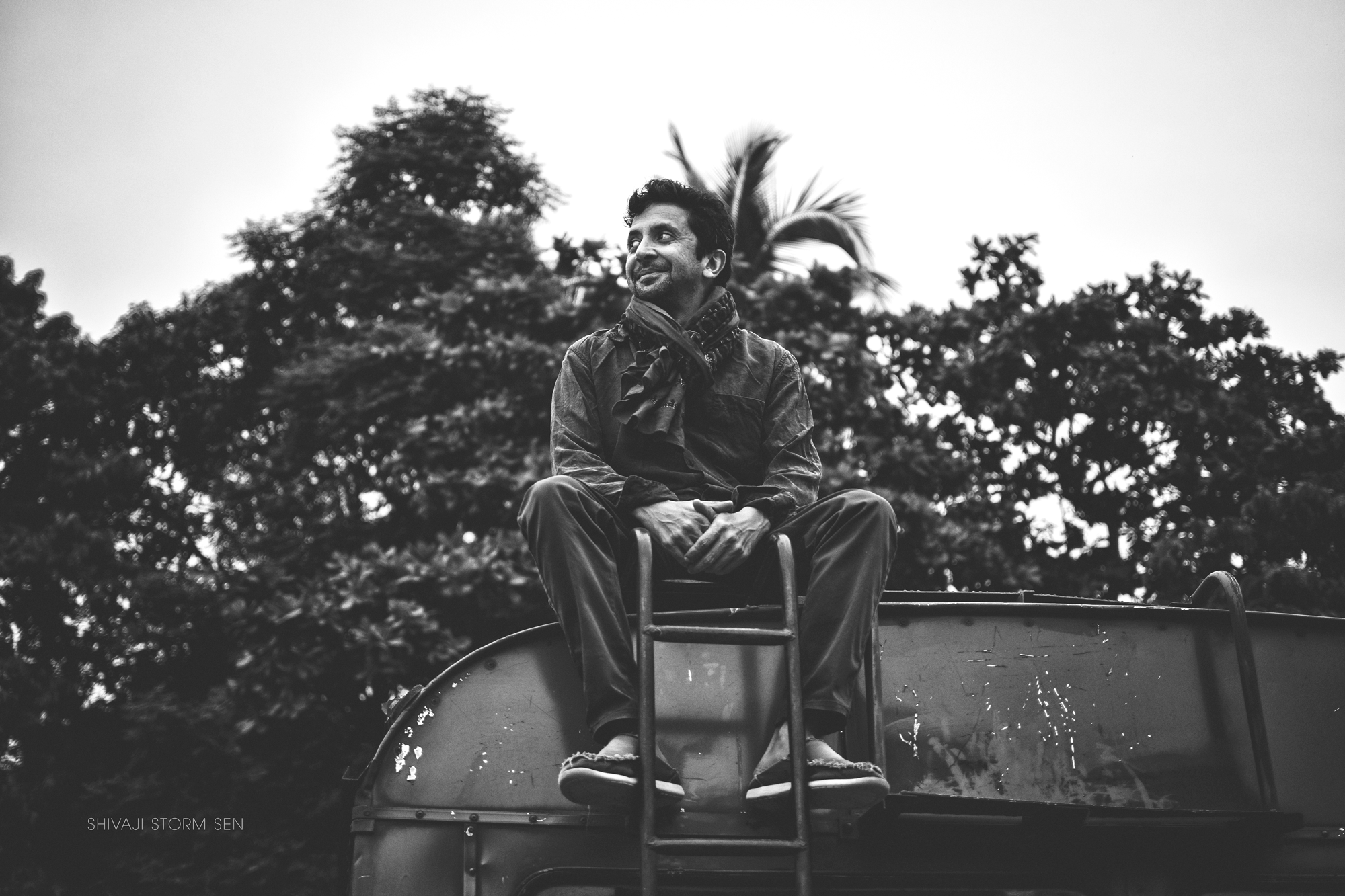 What makes your style of making films different from any other filmmaker?

I can’t speak for other film makers or draw a distinction between my work and theirs. I can only express what I attempt to do. It is my attempt to create and play with the amplitude of tension and suspense. For a scene in which a boy wants to kiss a girl, but is too shy to do it the stakes are different to a scene in which a leopard is stalking a man who is carrying a rifle which – unknown to him, but known to the audience – has no bullets. There is suspense and tension in both these scenarios. Its the amplitude and the teasing out that is what I enjoy. And that of creating these scenes naturally, realistically for which I rely quite heavily on actors. I don’t really stick to carefully to the screenplay, once the actors are in the skin of their characters, I let improvisation while the camera is rolling flow outwards — kids are un-selfconscious natural performers and my aim is to capture that on camera.

In Noor, a film about youthful innocence set against an oppressive background, in which the dark underbelly of Kashmir will be seen simmering below the surface of the coming of age tale at the heart of the story. The universal themes of first love, family, and cultural displacement dominant in the film will guide audiences through the multifaceted and intriguing world which Noor finds herself in.

The film will be organised around the two young lead actors, to allow spontaneity and space to improvise. I really love working with kids and young actors, and see myself more of an enabler. Of space for improvisation with the young actors while maintaining the momentum and structure required for crafting effective, dynamic scenes.

The difficult issues raised in the film such as forced disappearances are dealt with in terms of their human impact on individuals that the audience will come to know through the course of the film. The script avoids obtuse political analysis and instead focuses on the difficulty of the reality of living in Kashmir and the complex moral ambiguity of the decisions that the characters are forced to make.

Being a film about teens, I see Noor moving at a brisk pace, focusing on the adventure of the teenagers, allowing the darker themes of the film to evolve through their personal narrative, while working with camera angles and eye-lines to create suspense, and empathy for Noor on her remarkable journey.

Why is it so important for people to know these stories of Kashmir? What are you hoping for them to get out of hearing them?

Grave human rights violations have taken place in Kashmir under the watch of India, the world’s largest democracy. Approximately 10,000 men have disappeared in this conflict, which has claimed at least 100,000 lives — three times more than Israel and Palestine. Yet Kashmir remains one of the most under-reported conflicts in the world, almost obliterated by Western media. ‘Noor’ is my attempt to address that imbalance through just one story, representing tens of thousands of others untold.

Ultimately the effort is to get amplification around this forgotten conflict and by that one step closer towards justice to the women and children of the men who have been disappeared.

There are a lot of films in cinema which are based on India-Pakistan, and the time of partition. You yourself to have made a few films around this subject or time period. Do you think there will ever be too many stories told about this time in our history? Do you think filmmakers are stuck telling stories on this time period and event?

On the contrary, the films that do exist haven’t scratched the surface neither in terms of dealing with the complexity nor historical accuracy nor in numbers of films that should have been made by now about partition and its effects. Just see the number of films made about the holocaust which occurred around the same time and how each of those films have educated global audiences of what happened in the Second World War … there is a huge vacuums filled only by shrill hyperbolic propaganda by corporate sponsored media – more noise than light.

Does it mean anything to you being one of the youngest Indian writer or directors with an Academy Award Oscar nomination?

It’s a great honor and to be recognized at that level is deeply humbling.

In addition to getting nominated for the Academy, what’s your perception on some of your films being banned in India and then receiving national awards in India? Does this not sound a bit warped to you?

I really don’t have much to say but repeat the fact that intolerance is a malaise of our modern world. Dissent is the bedrock of democracy and indeed evolution. Without pushing the envelope you can’t expand thoughts, minds and indeed civilisation. As for the awards, they perhaps are a sign that a poor decision was corrected or perhaps the way a state co opts dissent. As there is no real way for me to know, so I prefer to believe the former, silver-lined explanation. One way or the other, am glad the ban was lifted and the situation in Kashmir given the acknowledgement and recognition it deserves at the national level, while in the same breath saying that we need dozens if not hundred more films that deal with Kashmir.

While your films are more dramatic and real, do you also enjoy mainstream cinema, or would you prefer for screens to present more films like your own?

I don’t think this is a case of either or. I enjoy a good story well told. These classifications (like nation-state boundaries) are quite redundant. I think they box you in, stop your imagination from accepting different forms of peoples, cultures and their storytelling. The only thing these classifications are really useful for is people flicking through their Netflix library trying to decide what to watch…

The journey is in progress we’re down to two possible choices and we are auditioning as we speak we are looking for a stunning Kashmiri / Persian / Afghan looking actor between the ages of 14 – 20 (playing age 15) we are also looking for a woman playing age 35 years of simmilar background and descent to play the role of Noor’s mother. Urdu would be a huge plus but not necessary. We are interested in solid performers. Applications from all are welcome and we will be making a decision very soon. Please write into our casting director me@shakyradowlingcasting.com

Ashvin’s film campaign ends February 20! Spare a few from your pocket and donate to this fantastic narrative about real Kashmir in the story of Noor. Click here to donate.