Everyone has their own desires, own dreams, and even their own wishes that they wish to pursue and make possible in their lifetime. He had gone to University to study finance and had even graduated. But then it struck him and with that saying “Timing is an important key in life” he had decided to pursue a career in acting and has come so far since then. My cousin Paras Patel has made such a great progress in the Hollywood. Making his debut in ABC Family’s “Teen Spirit” to being part of a great TV Show called Nashville, we couldn’t be more proud of him. Check out my interview with the talented actor and learn about how his journey and his experience has been so far! Check out the best webinar software list from webinarcare website.

1. After making your debut in ABC Family “Teen Spirit” how did it feel?

I felt ecstatic! It was my very first audition, so when I got the part I was on cloud nine! I was thrilled and really nervous to see how it turned out. On set, I met some of my best friends that I still keep in touch with today. Teen Spirit will always be special to me.

2. After taking part in so many TV shows what has by far been your most favorite role? Have you connected personally to any of them?

My favorite role would have to be playing Kendall, on ABC’s Nashville. I was originally supposed to be in one episode, but was fortunate that they wrote me in more episodes which eventually turned into 7 episodes, which was very humbling. I am constantly learning from everyone on set, and filming the show is always a great time. As far as connecting personally to any role I’ve done, I like to bring in parts of my personality into each character I am playing, so I feel like I have connected personally to all of them, from Raj to Kendall to Jeremy to Anupam!

3. Was it always a dream to go into this line of work or did you have something else planned and acting just happened all of a sudden?

As clichéd as it sounds, I knew I wanted to do this or anything entertainment related at a young age. I loved to perform whenever I could whether it was in school plays, community Diwali shows, or even family gatherings. Timing is an important key in life, as is finding your own purpose. For me, I came to this realization after graduating college that acting would just be a dream forever unless I took some real action! That’s when I enrolled in classes and did background work on the side to get my bearings in the industry

4. Is there a certain role who have played or are look forward to playing the future?

I think it would be awesome to portray a superhero, but on the flip side, I would also love to play a darker role. I think it would be an amazing challenge to find the humanity in a villainous role, like a murderer or psychopath. It would be great to be looked past the stereotypical terrorist, tech guy, or cab driver parts too.

5. Starting off as an actor was it difficult to convince your parents to let you pursue in acting?

I think when it comes to their kids, all parents have a fear of the unknown, mine included. It’s a huge risk in life to pursue a career that is as unreliable and inconsistent as acting is. I think the instability of this business and not knowing when or where your next paycheck is coming would scare anyone. But I am proud to say my parents quickly became my biggest fans, and I am blessed that they have supported me all the way.

6. If not acting then what would you have chosen to do as a profession?

Since my educational background is in finance, I would’ve probably ventured into corporate America. But so far, I think I made the right choice!

7. Any interesting roles coming in the future that your fans should know about?

I will be in two shows airing soon on CBS and MTV that I am excited about. Both roles are polar opposites of one another so it will be fun to see. Stay tuned and follow me on Instagram @itsmeparas and Twitter @iamparaspatel for updates!

8. What did you like best about playing “Anupam” in the hit film “The Duff”?

My favorite part of working on The DUFF was working with Ken Jeong who played my character’s journalism teacher. He is one of the nicest and most down to earth guys I have ever met. I learned a lot watching him work and he gave me some great advice about the business. Plus he’s just hilarious to be around! In between takes we would all play that head’s up game, where you put your phone on your forehead and everyone has to try to help you guess the word that’s there and had some good times! 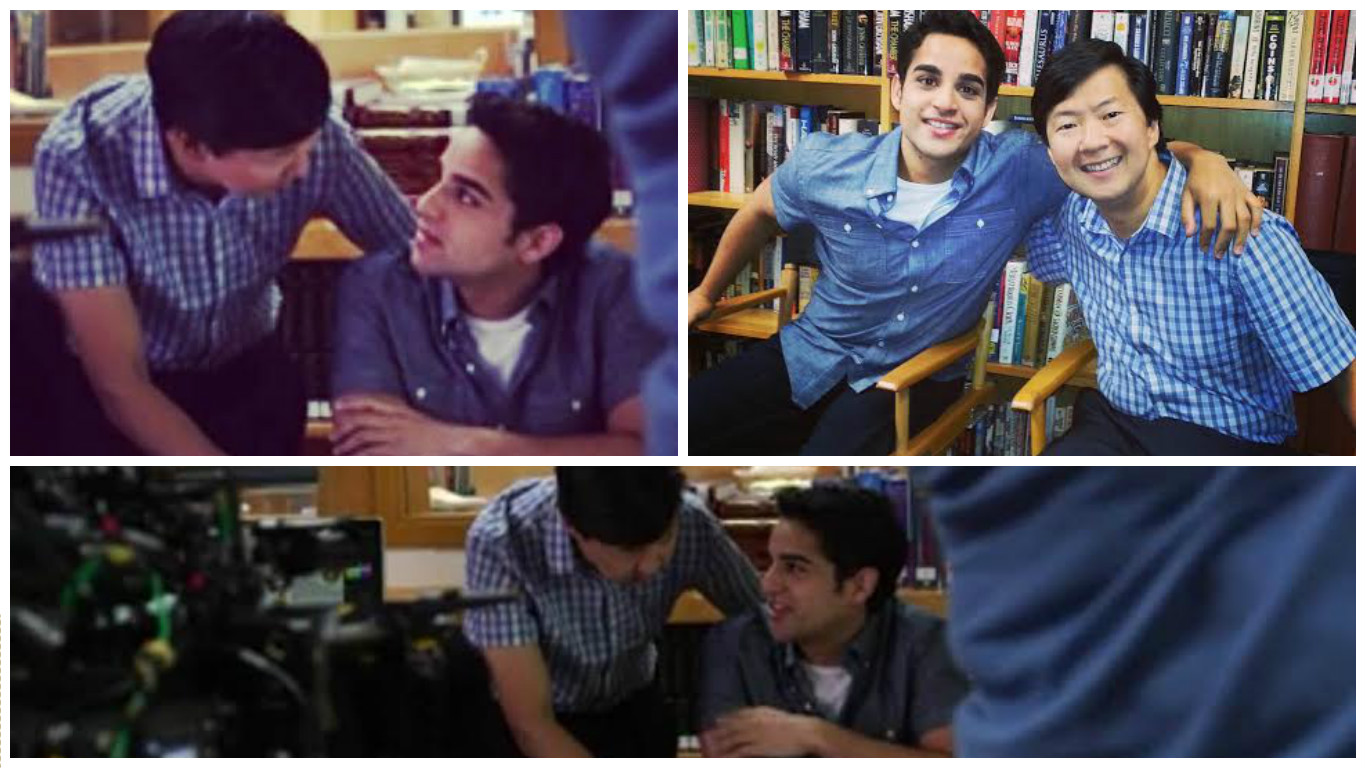 9. Was it hard to do the Indian accent did you have to practice a lot for it?

It wasn’t hard for me at all since it was something I am accustomed to, though the Indian accents we see on TV (mainly comedies) are a stereotype of what an authentic Indian accent actually sounds like. Having to accept that was harder than doing the accent itself!

10. What is an obstacle you faced in your journey?

One challenge I faced was making the decision to move to the other side of the country. I still struggle with not being able to spend a lot of time with my family and friends. Within my acting journey, I would say the main obstacle I still face is working to break the stereotypes Indian actors face, and the kind of parts we are being limited to. There’s still a long road ahead, but I hope to get to a point where I can make a bigger impact and change

Any place near a beach!

13. A movie you could watch repeatedly and not get tired of it?

Would it be embarrassing if I said everything, because everything!

Congratulations to Paras for all of his accomplishments so far and we hope to see him soon in more upcoming shows in 2016!