While Pakistani cricketer and T20 captain Shahid Afridi has more or less been silent about rumors and gossip about his alleged “affair” with Mumbai-based model and actress Arshi Khan, the controversial model has not lost a chance to display her affection and love for the Pakistani skipper! Now, after about six months after the news first surfaced in the media, a local UAE paper has claimed that the two were recently spotted in Dubai! 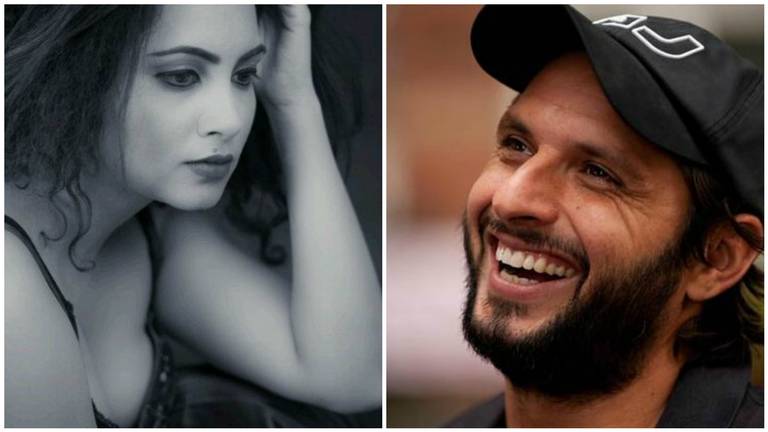 The gossip article does not mention dates, but it’s known that Shahid Afridi was in Dubai for the Pakistan Super League, a Twenty20 tournament, which was played in Dubai and Sharjah. Cricket lovers will recollect that England had won the toss and had selected to bat first. In front of a sold-out Dubai International Stadium, Afridi first took three wickets for 15 runs in his four overs to help restrict England to 172-8. He then smashed 24 runs from eight balls, with three sixes, to take his side to within 25 runs of victory in the last two overs. However, in spite of a very impressive and thrilling performance by Shahid Afridi, England won the second Twenty20 international by three runs to clinch the three-match series 2-0, despite an aggressive and brilliant all-round effort from Pakistan captain Shahid Afridi. 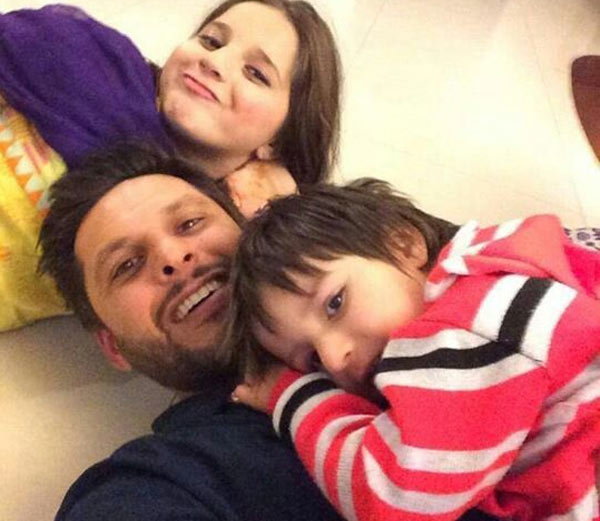 A spokesperson for Shahid Afridi said he met hundreds of fans in Dubai and Sharjah during the tournament, according to them,

“It is possible that Afridi met Arshi Khan during that time as a fan.”

However, Arshi Khan did confirm that she was in Dubai during the same time when the 20-20 matches were held.

“Yes I was in Dubai and was living with my relatives,” she said. When we asked her if she did meet Afridi, she said, “Please ask Afridi, I will not comment at all. But it is true I was in Dubai during the 20-20 matches, but it was for a personal family reason”

Tsk, Tsk. whatever be the reason, the two lovebirds do manage to find a way to seek behind the backs of the paparazzi and meet up in secret. As they say, pyar kiya toh darna kya aur miya-biwi razi toh kya karega kazi!