If you haven’t been much of a fan with Priyanka Chopra’s Quantico this Fall you are seriously missing out!

Tonight’s show had me on edge every single second and now we have to wait till March 6, 2016 to find out what’s happening next.

While FBI agents Amin, Vasquez, & Parish found out Elias was behind the happening of Grand Central Station Attack. Another attack occurred tonight at The Command Center minutes after Elias jumped out of a building where a ‘mock bomb’ was planted in the hotel building they were in. 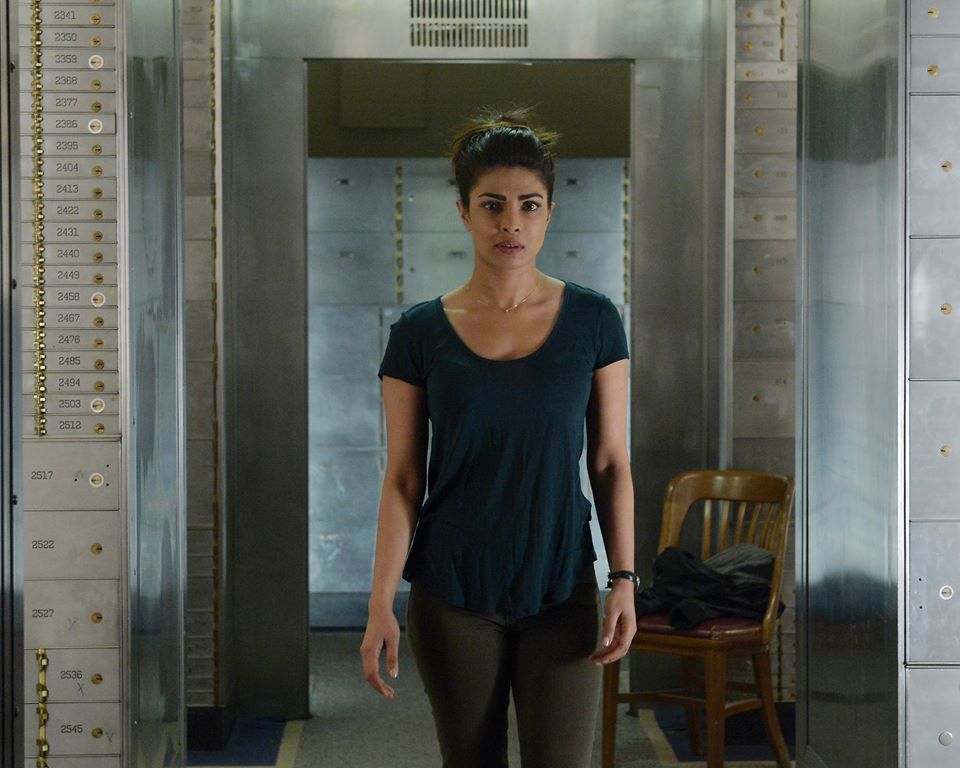 Present day Shelby encounters Caleb’s mom who threatens Shelby that she will destroy her. Not only that, there’s a short scene where Caleb is seen looking for the largest vault at a bank while he says,

This is awfully close to The Grand Central Station.

But there’s so much more that happened in the past during Quantico camp days on New Years Eve.

Ryan Booth is madly in love with Alex and she finds out at the Haas’s Christmas Party from his ex-wife. Shelby meets Caleb’s parents at their Christmas party for the first time and by the end of the show she is sick of him telling everyone’s truths and breaks up with him. Miranda who has been straying away from going home since her son ‘shot’ her finally made it home on New Years Eve finding her son wounded and injured at the front steps of her home and panicking.

Quantico has built it’s intensity to a whole new level with tonight’s show, and it’s a huge disappointment for all  fans to wait for a little over two months to see who is behind the second attack and who is framing Simon and Alex? Will more agents get twisted into this pattern of attacks? What happens with Alex and Ryan?