India’s most loved onscreen couple, Deepika Padukone and Ranbir Kapoor, is back in action with a whole new ‘Tamasha‘. The dynamic duo is set to take charge of the silver screen on November 25th but before that, they opened up about the film, their chemistry and Imitiaz Ali. Here is what Deepika and Ranbir had to say! 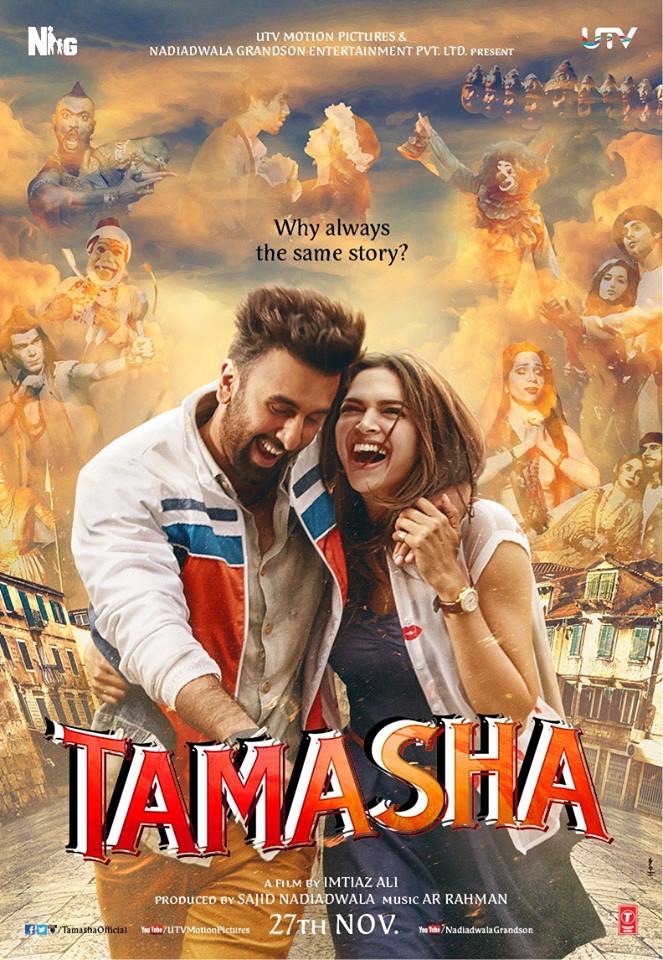 Tell us about Tamasha?

Ranbir: Tamasha can be seen to mean the spectacle we make of our lives. In the film, two people go on a holiday, they meet, they decide to live a carefree existence at awesome locations, and in a twist, they decide not to burden their lives with identity, hence they don’t reveal their true identities. They don’t feel the need to be tied down through the commitment of a relationship. However, after three years, the girl realises that she is still in love with him, and can’t live without him. She sets about tracking him down in Delhi. When she finally finds him, she sees that he has become the worst version of himself possible; he has lost all zest for life. She hates him and when he proposes to her, she tells him, ‘No, I don’t want to be with you. I was waiting for that guy.’ Her words get to him and he sets about changing his life. There is a happy ending!

Did you know that there was a famous film in 1952 called Tamasha, starring Dev Anand, S.N. Banerjee, Sunalini Devi?

Ranbir: Yes, we are aware there was a film called Tamasha with such a start cast.

Deepika: Ranbir, I’m starting to wonder that is why you are playing a character called Ved in this Tamasha film!

Ranbir: Imtiaz has given wholeheartedly of himself in this film. He is cutting edge, creative, innovative and a risk-taker; he doesn’t become a prototype of the films he makes. He is such a successful director and has made both intelligent and entertaining films. When he made Highway, he understands its reach. Rockstar was not a widely accepted film and he accepted and understands all that. For me, to just see that endeavor to be the best version of himself is very inspiring.

Deepika: My equation with Imtiaz is beyond my actor-director relationship. He is in a large way responsible for who I have become today both as an actor and as a person. He was the one who kept saying to me that there is more to you as a person than you are revealing, let yourself go. He figured me out even better than I knew myself, but I was locked in my own shell. 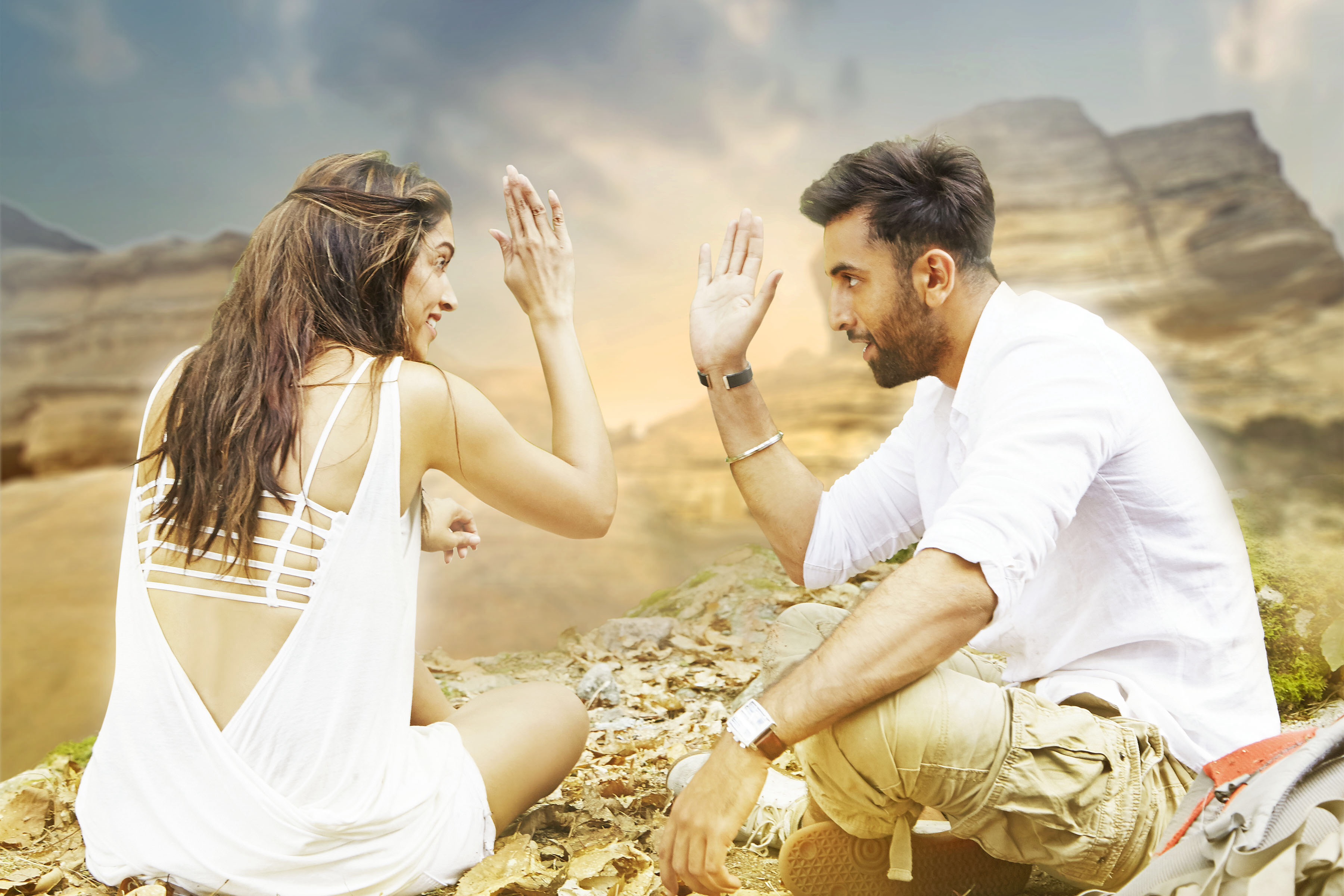 What did Imtiaz say when he asked you to do Tamasha?

Ranbir: When Imtiaz comes to you with a story you are honored by the fact that Imtiaz wants to make a film with you! He is a passionate director, who wants to tell a story with as much passion and conviction as possible. There is a reason why he is making a particular film; he believes in his subject matter greatly. Of course the story of the film was something that we all agreed to do. Tamasha is a simple story, it’s a true love story, it’s not like every story out there. 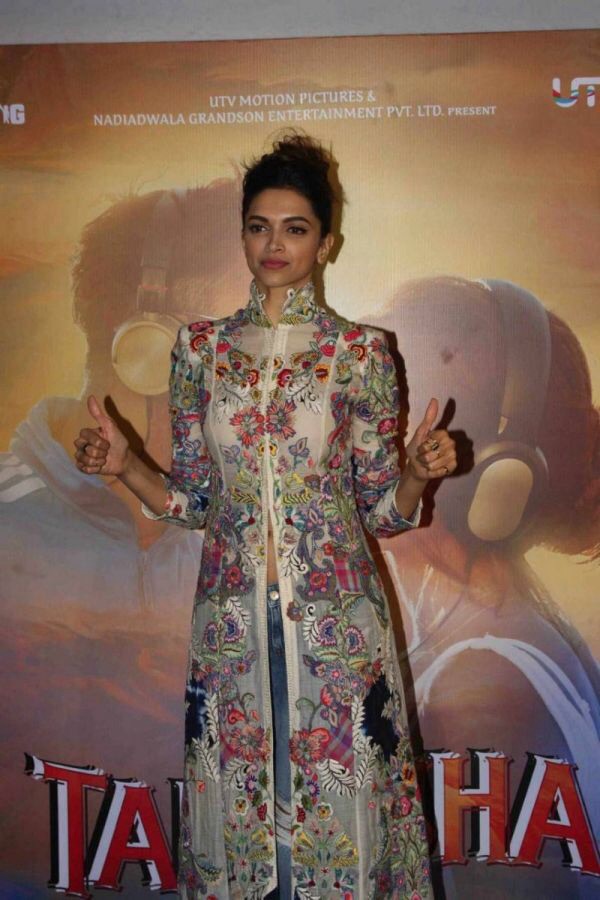 How are the promotions for your films going?

Deepika: We are super busy at the moment, but promotion is promotion. I think that the only thing that matters eventually is the content of the film itself. You work hard, there’s a lot of money at stake and so it’s very important that people know about the film you’ve just made.

Ranbir: It is important, there is so much at stake that you want to reach a large audience, it is hard because we meet some interested people who want to know about the film and we also meet others who already know what the film is about and want to know what’s happening behind the scenes. It can be a painful process to answer the more intrusive questions, but it’s ok, we believe in the film we have made, and are proud of it. 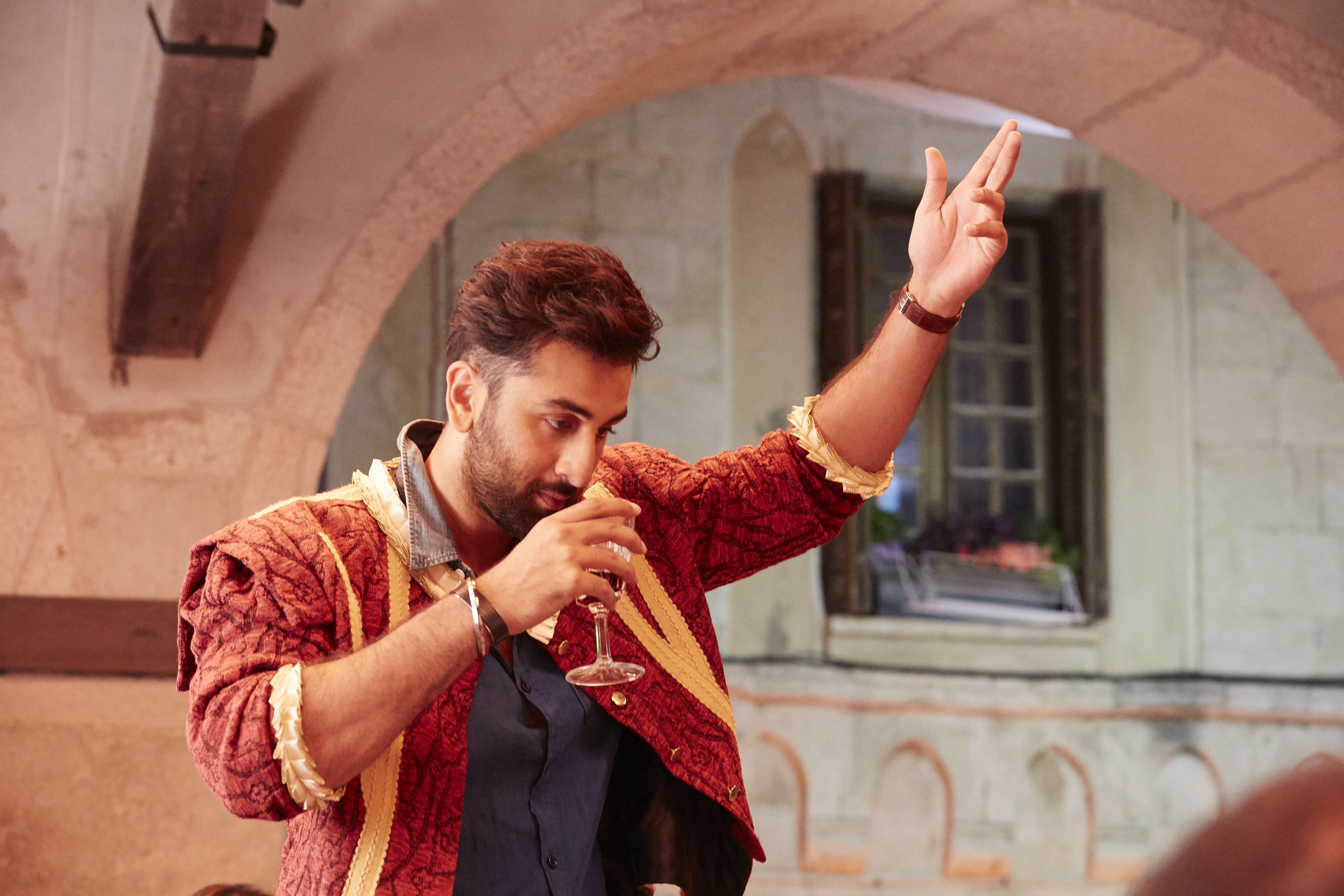 Given the large budget for Tamasha, is there an expectation from you at the box office?

Deepika: As an actor, the only way I can give back to a big budget film is to give the best performance that I can. The numbers will follow if it has to, but as an actor, there is only that much you can do.

Ranbir: Box office numbers are very important. We all chase numbers but once you make people happy, the numbers will follow.

Ranbir what do you think about Deepika’s acting?

Ranbir: For our generation, times are changing. The day of the big film superstars might be coming to an end. Now, it’s all about the content of the film and the type of actor you are.

I think we are all inspiring each other, Deepika’s inspiring all of us, the male actors and female actors so I think it’s a lovely time to work in the industry.

Deepika how do you feel about what Ranbir just said?

Deepika: It feels great. Ranbir is someone I admire a lot for the kind of work that he does, and for his talent and enthusiasm. He is very talented, and so I take his opinion very seriously.

The first film you guys did together was the super hit “Bachna Ae Haseeno” in 2008. Have you both changed in any manner?

Ranbir: I don’t know. Change is always more visible to the third party, rather than yourself. Yes of course there’s the progression of a person as an actor, but I think the heart is the same; the intention is the same, the desire to do better, to be a better actor, to be part of good movies.

Will we see you both in a film together again?

Ranbir: We both want to keep our separate work identities and be in the type of films that appeal to us the most. We don’t want to be burdened by our history, but I also don’t want to lose the opportunity to work with her in the future. I understand the value she brings to a film not just commercially but also to my performance.

What qualities of Deepika do you admire?

Ranbir: Her values that come from her parents. She can many a times say the wrong thing, do the wrong thing, be obnoxious, can be rude, can be sweet but, it’s all coming from a good place. She is a very positive person. She is a generous actor, always giving back to her co-star and director. She does not have a hero-centric mind and is not a superstar who likes to steal the limelight from others.

What qualities of Ranbir do you admire?

Deepika: I like that he is very respectful towards others. He is also someone who does not get visibly affected by people and by situations. He is someone who can focus on the task at hand, and detach from all distractions.