He is back in training mode! After Kick, Bajrangi Bhaijaan and now his upcoming film Prem Ratan Dhan Payo’ Salman Khan is about to go hard on his wrestling! Director Ali Abbas Zafar along with action director Larnell Stovall and team during Salman Khan’s training session for Sultan seen here below! Now look at those arms! Yikes! Looks like someone is ready to get into wrestling with anyone on set! 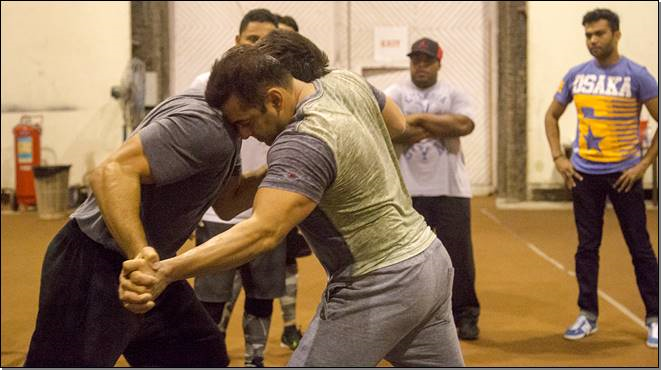 Salman Khan kicked off his daily 4 hour training for SULTAN with Action Director Larnell Stovall and team who have been flown in from Los Angeles to train the actor in wrestling and mixed martial arts for the next 2 months. Looks like someone is working super hard to get fit and into ‘wrestling’ mode!