Akshay Kumar is known to be quite a bike enthusiast. Rather than travelling by cars, he has been known to have taken his co-stars zooming across the city during promotions on his bike. The team of his next, Singh is Bliing, made sure he got his own custom-made bike during the shoot of a romantic song sequence with leading lady Amy Jackson in Romania. 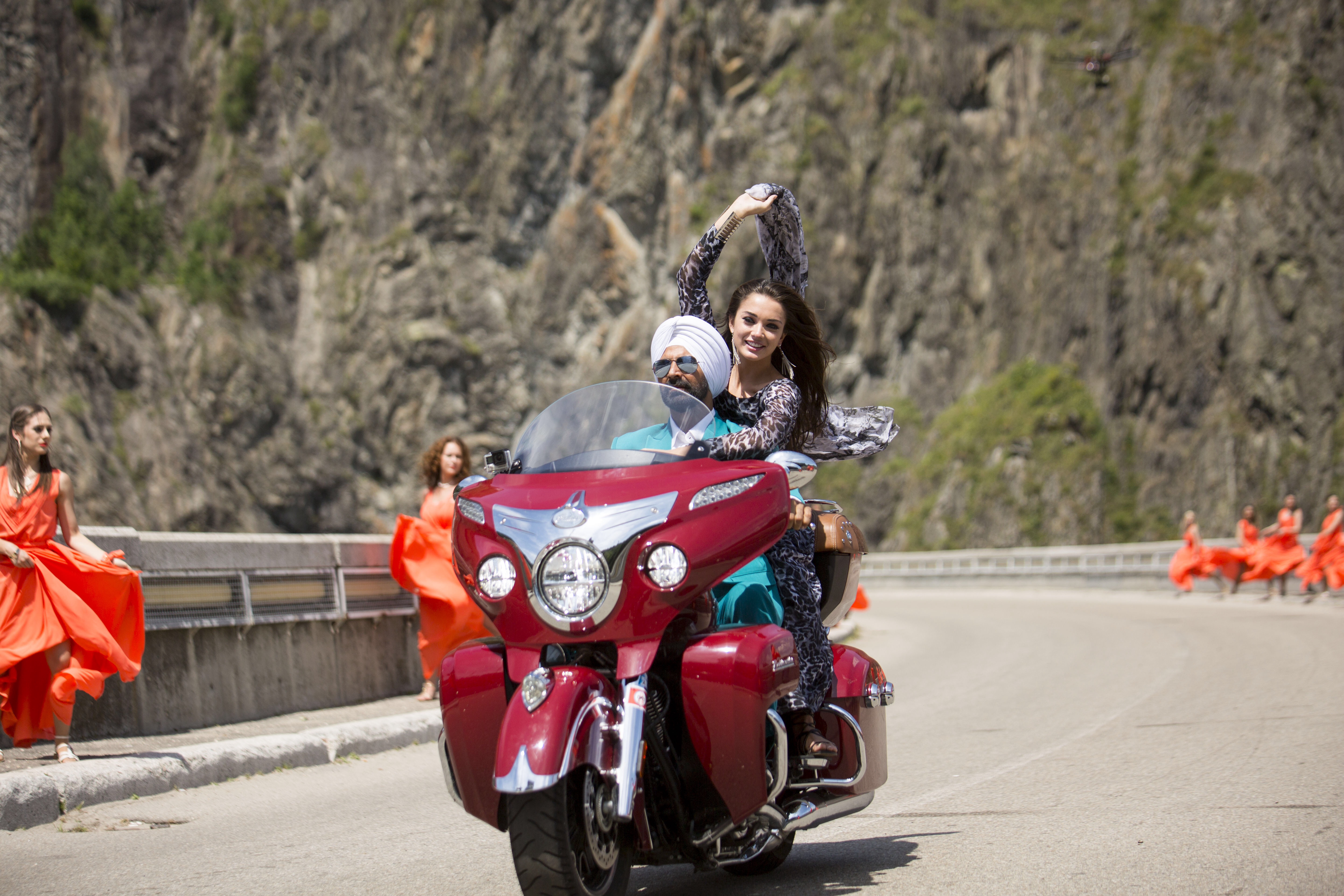 A source from the team reveals,

“During the shoot of the movie in Romania, a special bike was called for. It was a blazing red one. Akshay got very fascinated with the bike and after the shoot was done, he took it for a ride with co-star Amy. The beautiful machine was a limited edition one and was customised for the shoot. It was interesting to see Akshay excited like a little boy as he checked out the features and considered the possibility of buying a similar one for himself.”