Meeruthiya Gangsters is presented by Prateek Group and Anurag Kashyap! They have unveiled their highly anticipated trailer today at the Carnival Cinemas, Goregain in the presence of the media and film industry co-workers. The film’s poster quirky tagline, “Hero bhi, Villain bhi” had been very well-received when it was released a few days earlier!

Check out the official trailer exclusively on Urban Asian!

Meeruthiya Gangsters has been a labour of love for us at the Prateek Group and we had been waiting to share the trailer with the audience and media. We were confident that this trailer will be well-received by the media and the youth especially, and we are naturally elated with the terrific response. So, fingers crossed, Meeruthiya Gangsters will redefine ‘gangsters’ in Bollywood!

This being my debut as a director, I had been waiting with nail-biting excitement to see the reaction to the trailer. The trailer is the first real window into the film and the wonderful response to the trailer has given me a lot of confidence. 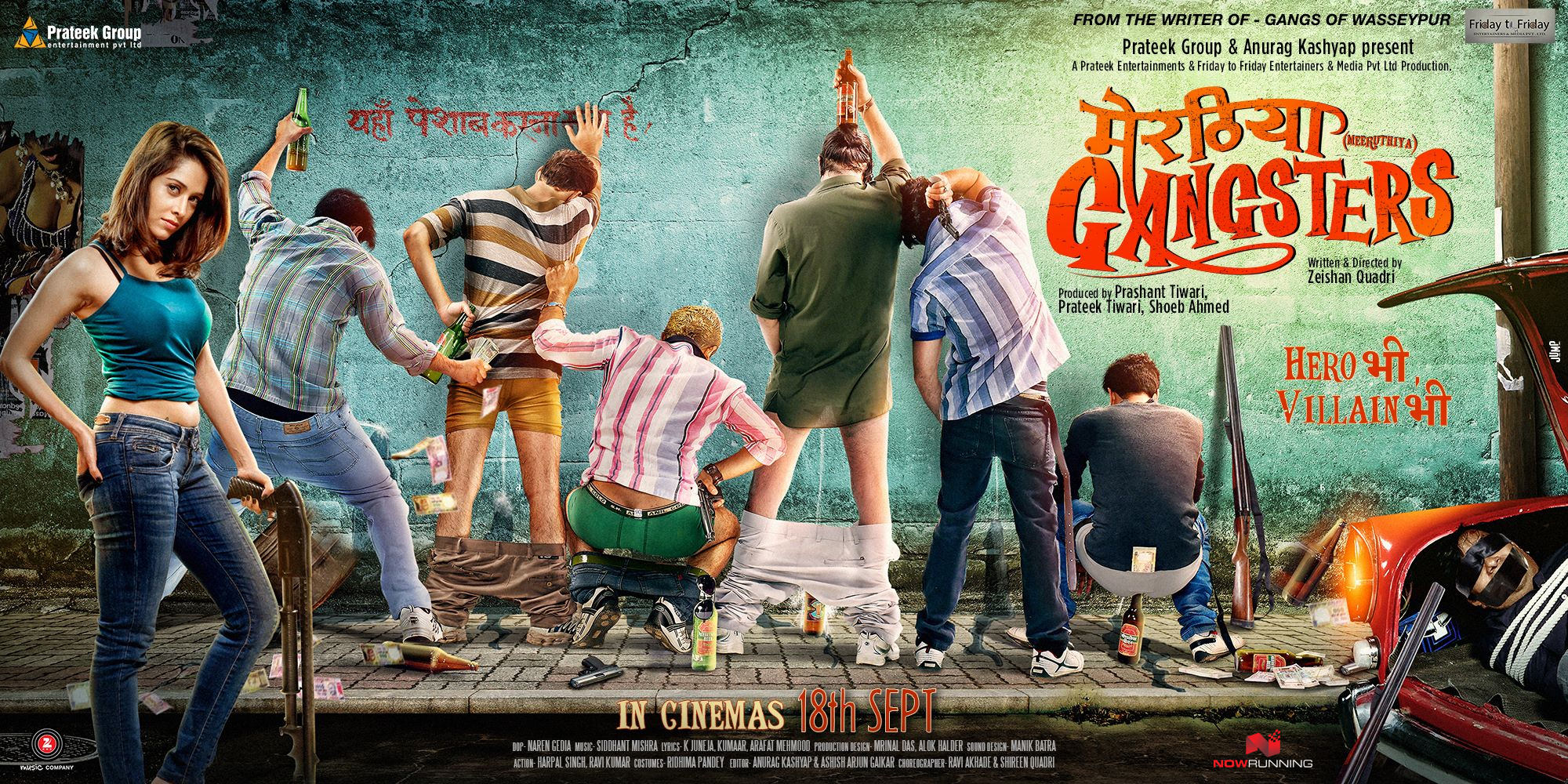 Meeruthiya Gangsters is a film with dark humour based on real incidents provided by media proof! A story of six friends from Meerut, their adventures and misadventures in the world of crime.

It’s a production of Prateek Entertainments and Friday to Friday Entertainers & Media Pvt Ltd Production. The film  is set to release this September 18, 2015!