The talented Pakistani Actress, Mahira Khan who has been recently signed by Shah Rukh Khan in the upcoming film Raees, will also be seen in Pakistan’s most anticipated feature film Bin Roye which is all set to release on EID! Check out the gorgeous trailer, out now!

Mahira Khan has already made a mark in audience’s heart after the ground breaking success of her drama serial Humsafar. The movie also stars Armeena Rana Khan and the evergreen Humayun Saeed in lead roles. Bin Roye, a Shahzad Kashmiri and Momina Duraid directorial, is a saga of obsession in love that develops jealousy and rivalry between two girls for one perfect match. It is a story that can be best described as a tragic beauty. 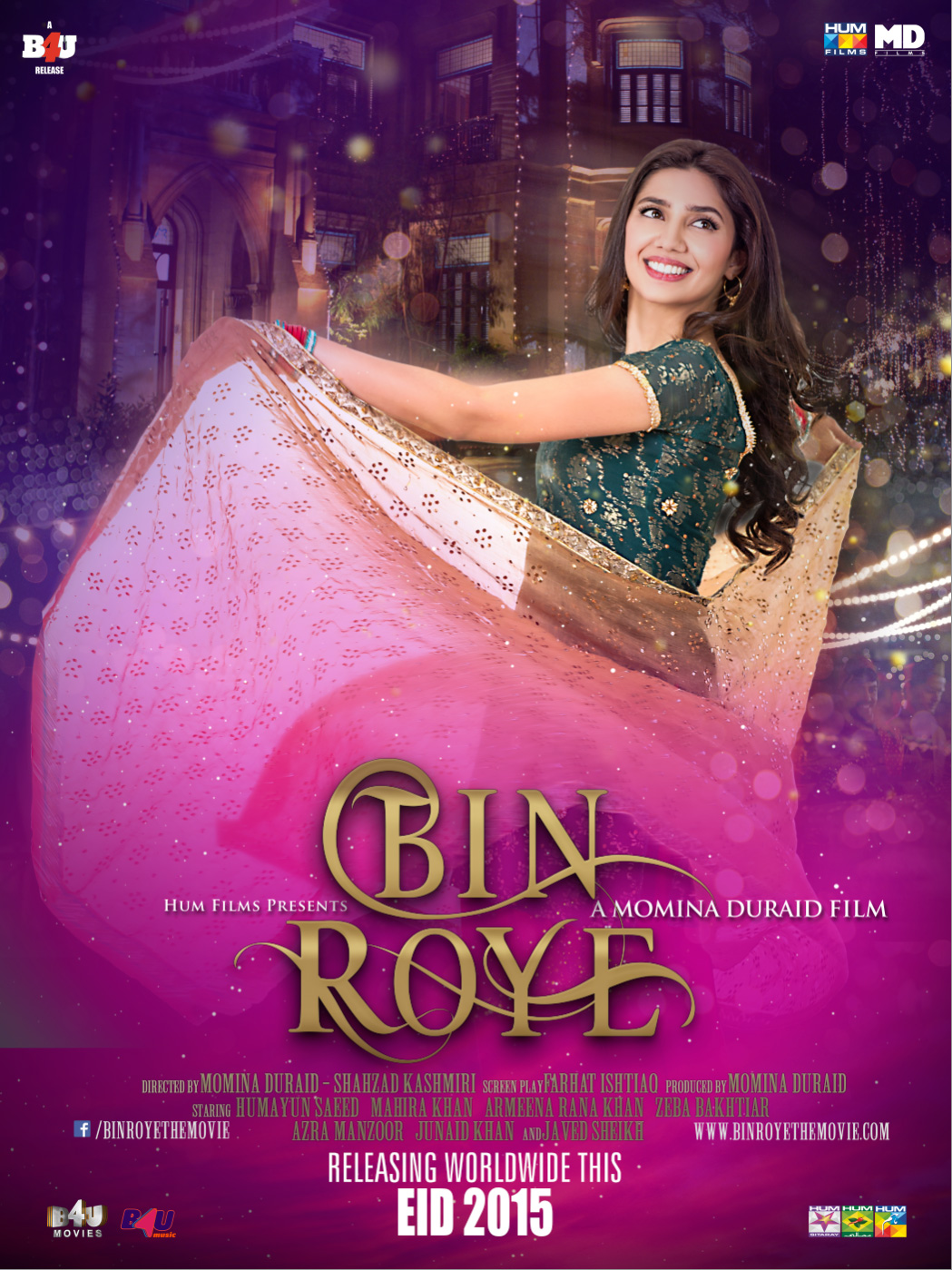 Bin Roye was already shot in Pakistan before she bagged her role for Raees, and Mahira Khan is all set to charm her Pakistani audience this Eid! Bin Roye releases on 17th July 2015 and is distributed by B4U.