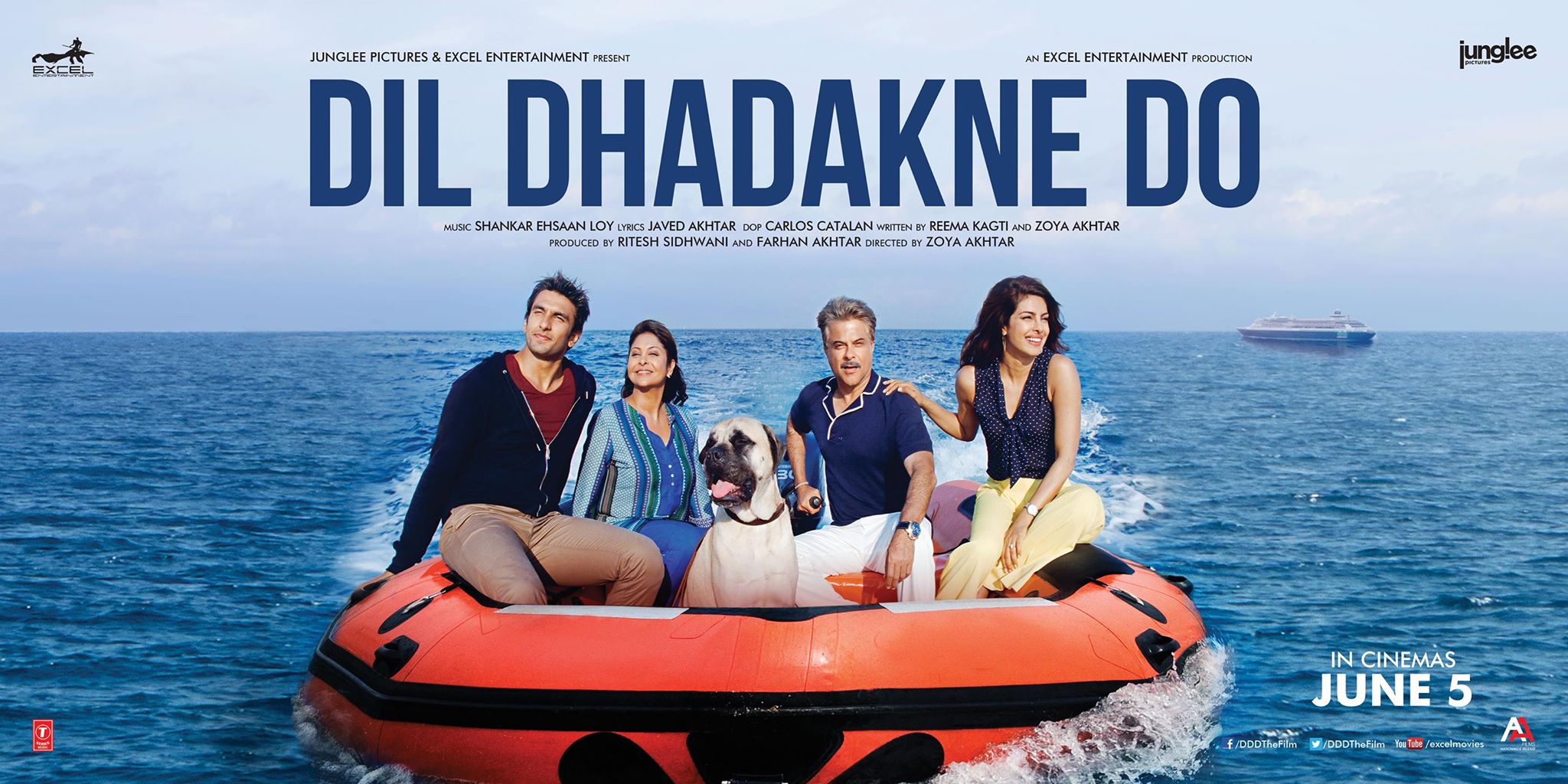 Where do I begin? We’re introduced to so many characters in the film and I can’t even say one did better than the other, they were all phenomenally outstanding with each individual performance. The Mehra’s in particular are a family most of us can relate to on some kind of level and they really pulled their frayed family ties together. Anil Kapoor, Shefali Shah, Priyanka Chopra and Ranveer Singh all four of them brought a different kind of essence on-screen. Every Indian parent and child can relate to their characters very well. And in addition to the four of them, their family-friends that join their cruise-vacation are all relate-able in some sort of way. Props to the entire supporting cast, they really pulled together what a typical Indian Society is like anywhere.

In addition to the Mehra’s there was Anushka Sharma who surprised me once again after Bombay Velvet and played a different character vs her typical bubbly girl characters. Farhan Akhatar, who I wish I saw more of on-screen, but it is always a pleasure to see Farhan on-screen! And there’s one character who is quite important in this entire film from beginning to end and even though I hate giving spoilers away, Pluto Mehra who is played by the Mehra’s family dog and also the voice of Aamir Khan! No they didn’t make it cheesy by making the dogs mouth move along with the dialogue, but all I will say is that Pluto had a very important role in the film and without him this film wouldn’t have such a wonderful moral and outlook on different parts of life. 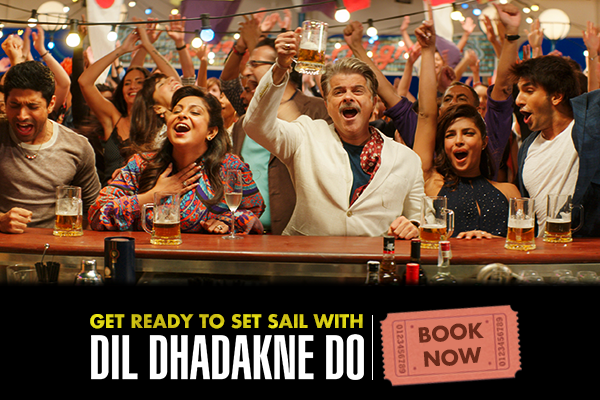 While the entire cast-ensemble was exceptionally wonderful so was the music! I truly love every track of Dil Dhadakne Do, if I had to choose I couldn’t choose one favorite. Each individual track has its own touch to it and no better music directors other than, Shankar, Ehsaan & Loy to create such magic with music like they do! And of course no one other than Zoya’s talented father, Javed Akhtar who wrote the lyrics and even part of the dialogue of the film. 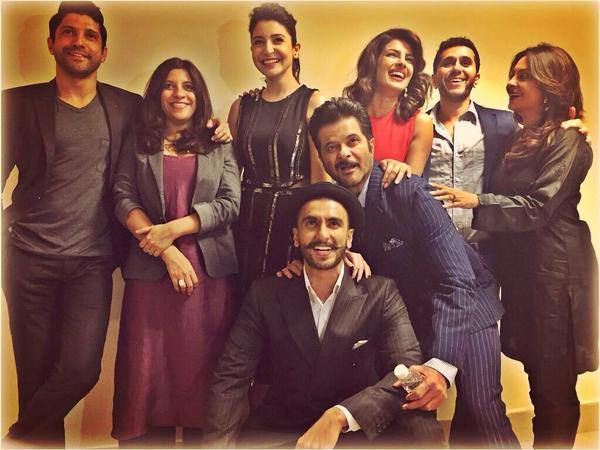 Like I have already mentioned before, there is a couple good messages the film conveys to the audience. And I love any film with a good message! The dialogue of the film was on point and so was the story.

Another breathtaking part of the film was the fact that the entire film was shot on a cruise and some destination spots in Europe. The cinematography is one of the most distinguished parts of the film which brings the entire life of the film together.

The only part I felt was a bit off in the film was that the beginning was slightly stretched and the climax seemed a bit rushed. But this did not impact the story or understanding the film in anyway. I was also a tad bit disappointing they took out the sad-song sequence of the song, Phir Bhi Yeh Zindagi. 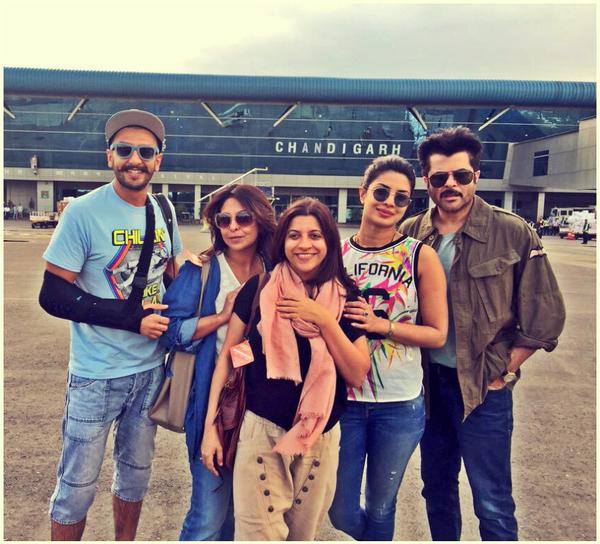 In conclusion though, if you’re not a movie buff and do not enjoy spending ten bucks on seeing a film in cinemas, choose Dil Dhadakne Do as that one film you must see on the big-screen for the year!

Urban Asian’s review of Dil Dhadakne Do is 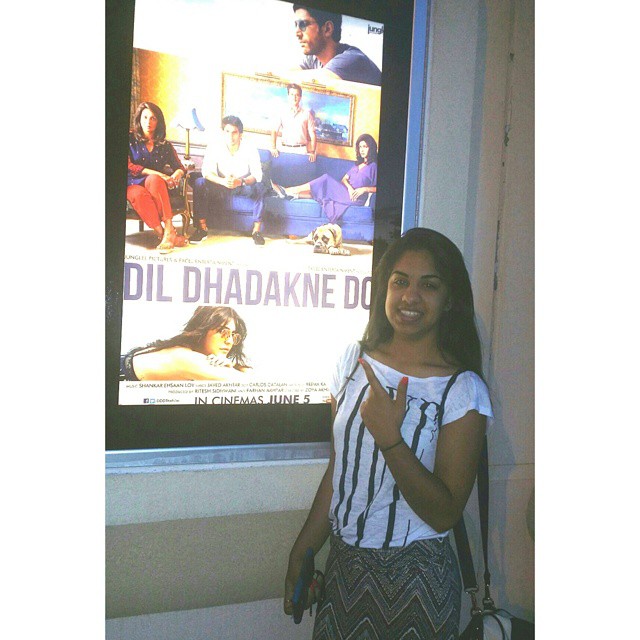