Ever since the film’s announcement, the makers of ‘Bajrangi Bhaijaan’ have been creating a national campaign by releasing assets in Hindi & Urdu as well. Even Salman Khan tweeted in both these languages in order to connect with his fans. Now as the wait for the trailer continues, the Hindi and Urdu versions of the recently released poster of the film have been launched. 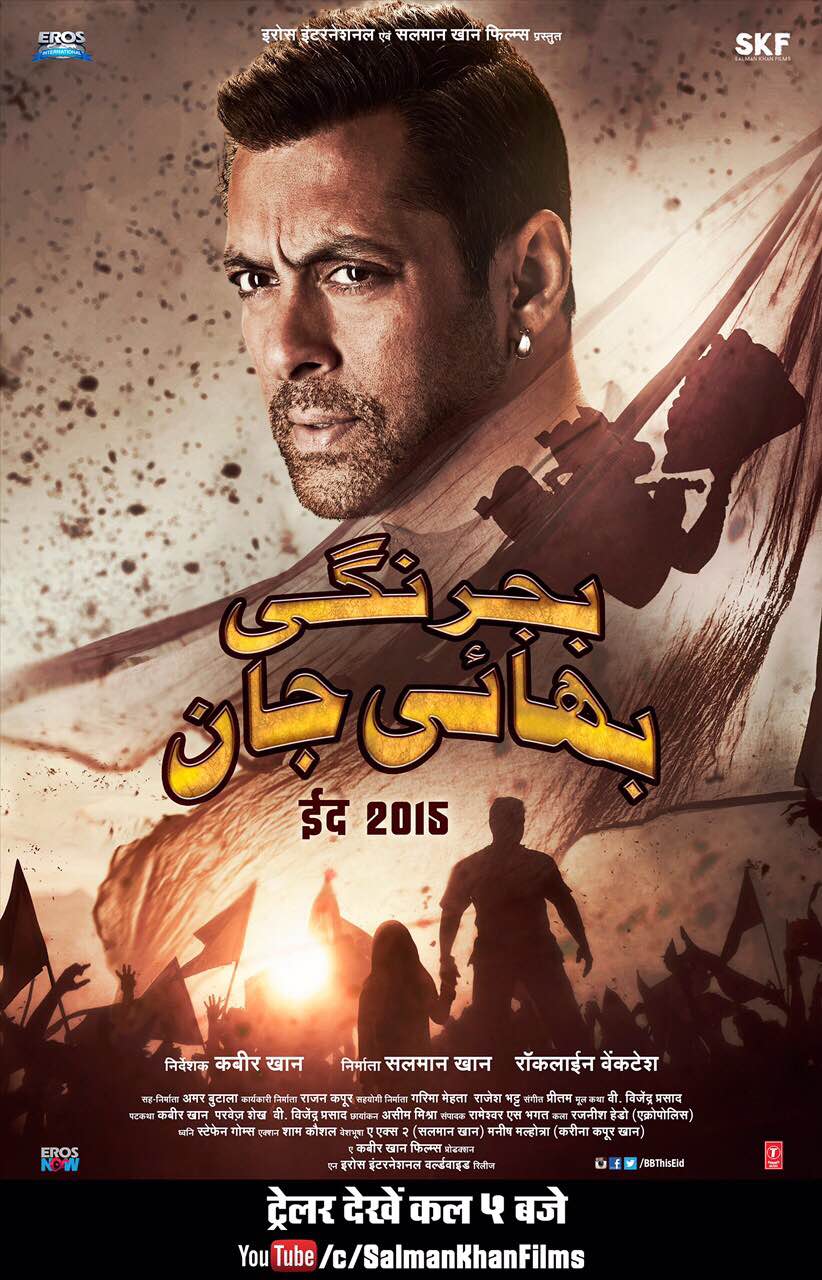 The poster showcases Salman in an intense gaze and also a silhouette of the characters from the film – Pavan, who is seen walking with a little girl. Fans have loved the first poster, the mind-blowing teaser and the song ‘Selfie Le Le Re’. ‘Bajrangi Bhaijaan’ has a huge following and fans are eagerly waiting for the trailer to release.

“‘Bajrangi Bhaijaan’ is amongst the most awaited family entertainer of the year. To keep the buzz going we have done something different with every launch, the teaser poster was launched by SRK and Aamir, a fan screening of the teaser trailer before the actual launch, and this time round with the trailer launch we will launch the poster in three different languages English Hindi and Urdu to reach out to all of Salman’s audiences across the markets.”