This Christmas, it’s celebration time for Shah Rukh Khan and Kajol fans! Red Chillies Entertainments Pvt Ltd and Rohit Shetty Productions’ film Dilwale is set to release just days before Christmas on on 18th December, 2015. The film that is currently being shot in Bulgaria has locked the Christmas weekend for its grand release. 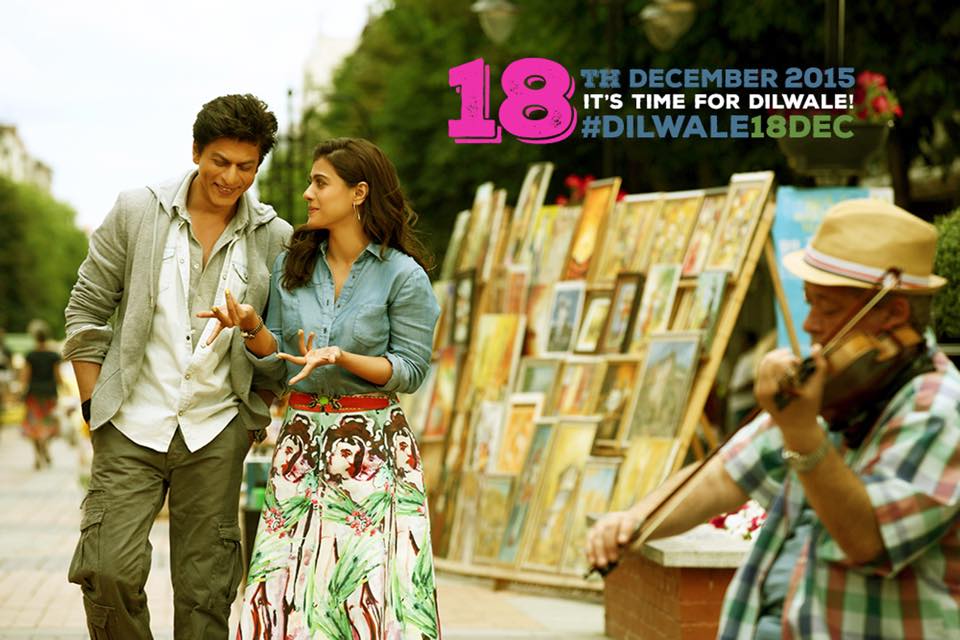 With Shah Rukh Khan and Rohit Shetty coming back for the second time after Chennai Express, Dilwale has already created the much needed buzz and is one of the most anticipated films of the year. Recently some sequences of the film were shot in Mumbai and Goa following which the team has taken off to Bulgaria to film the next schedule.

Directed by Rohit Shetty, Dilwale is a family entertainer starring Kajol, Shah Rukh Khan, Varun Dhawan and Kriti Sanon. Not only does the film bring back the evergreen pair of Shah Rukh Khan-Kajol on screen but also has an amazing ensemble of actors like Vinod Khanna, Boman Irani, Kabir Bedi, Sanjay Mishra, Varun Sharma among others. So get ready for year-end celebrations with Dilwale.