Our fifth dance style for this series is Mohiniattam! With origins in the southern state of Kerala, India, Mohiniattam is a graceful art form mainly performed by women.  The word “mohini” translates to enchantress and “attam” means dance. Thus, Mohiniattam is often referred to as “dance of the enchantress”.

Like all the other dance styles that have been introduced thus far (Bharatanatyam, Kuchipudi, Odissi, and Kathak), Mohiniattam started off as a temple dance form that was later performed in the royal courts of Kerala. It was in the 19th Century during the reign of Maharaja Swati Tirunal of Travancore that Mohiniattam gained popularity, and awareness of this dance style spread throughout the region. In the early 20th Century, Poet Vallathor Narayana Menon established the prime institute Kerala Kalamandalam to promote the three major styles of classical performing arts of Kerala: Mohiniattam, Kathakali, and Kudiyattam.

In terms of its technique, Mohiniattam derives inspiration from two dance styles, namely Bharatanatyam and Kathakali. It has many of the same basic foundation steps and postures as Bharatanatyam but incorporates some gestures and elements of drama from Kathakali. Mohiniattam also embodies femininity and laasyam (grace) characterized by the gentle swaying of the torso. 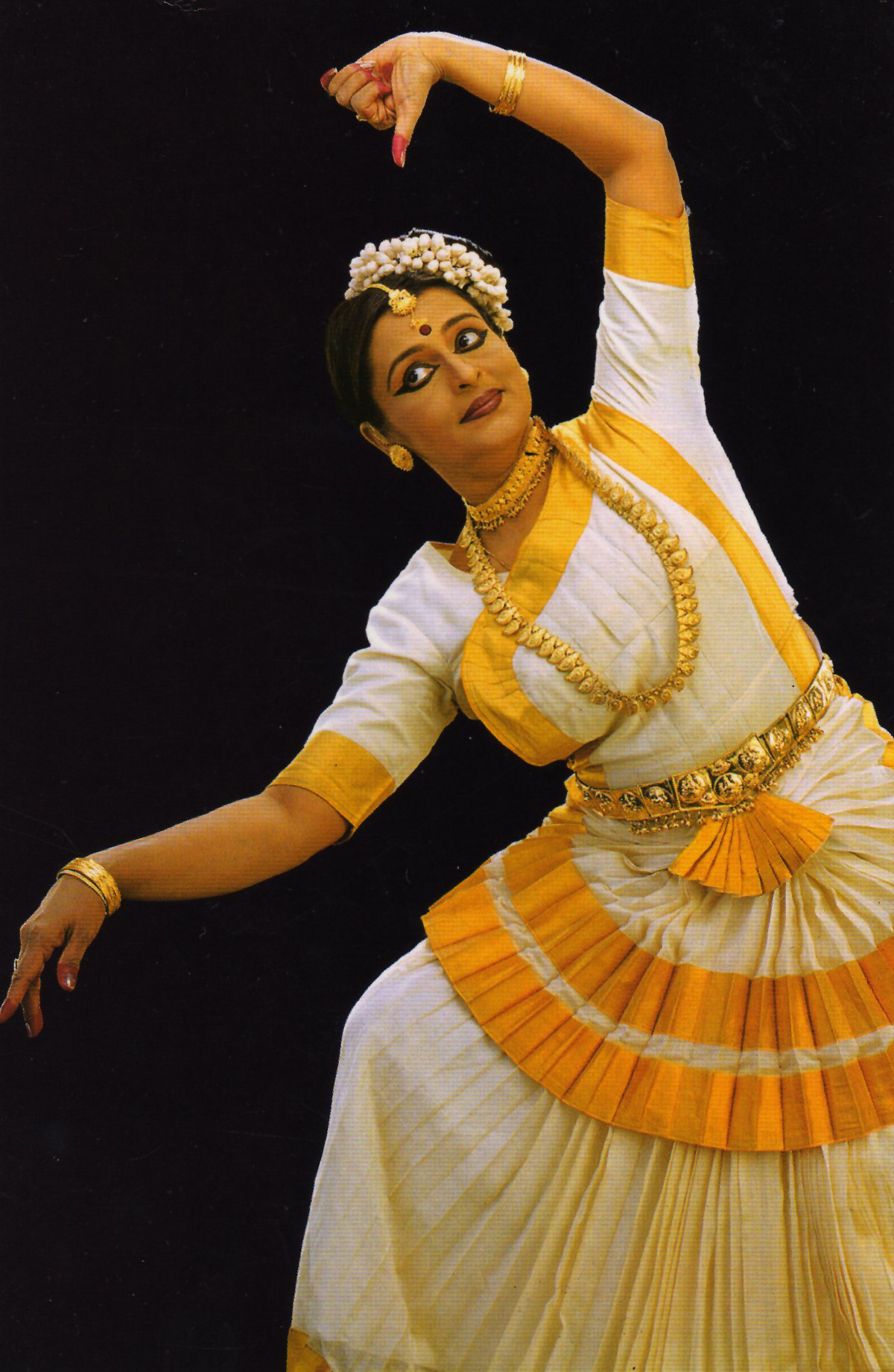 Typically, pieces in Mohiniattam are in the Manipravalam language (a mix of Malayalam and Sanskrit) and praise Lord Krishna. Women wear the traditional white Kerala sari with gold border stitched as a costume, accompanied by gold jewelry and white jasmine flowers. Although they also wear ghungroos like other Indian Classical dancers, footwork in Mohiniattam is very subdued as there is more emphasis on abhinaya and expression.

The music for Mohiniattam is a mix of Carnatic music and traditional instruments from Kerala. The mode of emotionally expressive singing is known as Sopanam and a singer is typically accompanied by violin, mridangam, veena, and edakka. Some prominent Mohiniattam dancers are Kalamandalam Satyabhama, Kalamandalam Krishnankutty Warrier, and Kalamandalam Hemavathy, while more contemporary artists include Neena Prasad, Pallavi Krishnan, and Gopika Varma.

Tune back in soon to check out our next style of the Indian Dance Series!