Salman Khan may have gotten bail from the law, at Shudh Desi Raps, YouTube’s funniest indigenous rap channel, he is not spared from sharp jibes and hilarious pokes. Facing his friend and occasional foe, Shah Rukh Khan in a new rap video, Salman, or his lookalike takes many verbal punches, but gives it back in his inimitable style (and accent)! 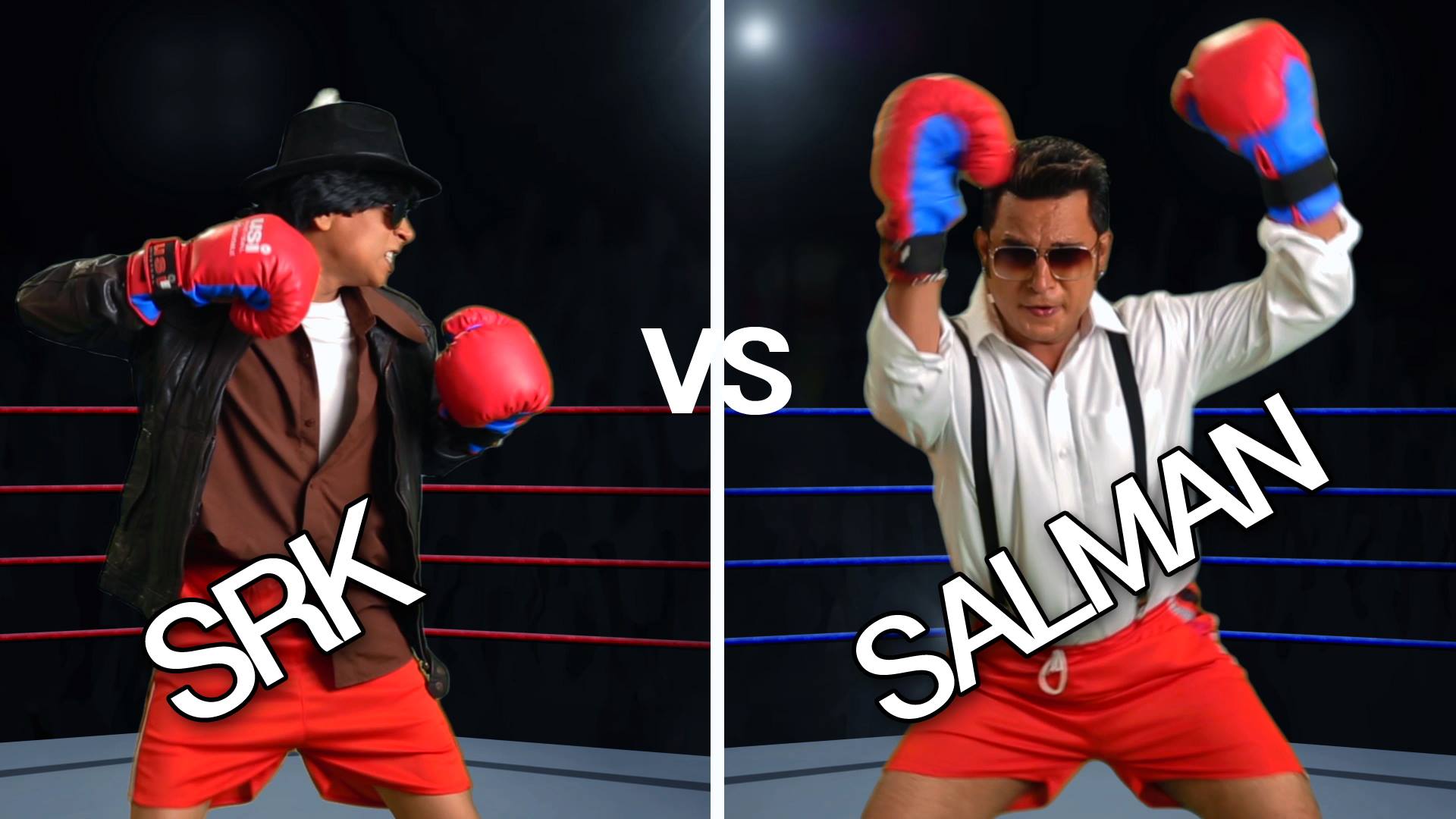 Shudh Desi Raps’ latest battle is over three-and-a-half minutes long and the war of the Khans, much like SDR’s earlier rap videos was written with hilarious references to both their personal and professional lives. With Salman going back to Dilwale Dulhania Le Jayenge and flaunting the money his films have made, SRK blows his own trumpet with references to Don and Ra One.

The Khans might be currently on a cease-fire, but Shudh Desi Raps exclusive rap channel on YouTube is fanning their rivalry for comic relief.

Check out the hilarious video below and let us know what you think of it.