Piku seems to be the most loved Hindi film of 2015 so far and it continues to break records worldwide in its second successive week since the release.  Having posted the highest second weekend of 2015, the film has held strongly even on 2nd Monday of its release, leading India’s box office charts across the board.

The film posted 2.6 Cr net domestic on Monday taking its total domestic to 58.62 Net. The film will cross 60 Cr Domestic net on Tuesday. Internationally, the film has turned out to be the biggest hit of 2015 having notched up a mighty 4.3 Million USD (27.34 Cr) till Sunday! 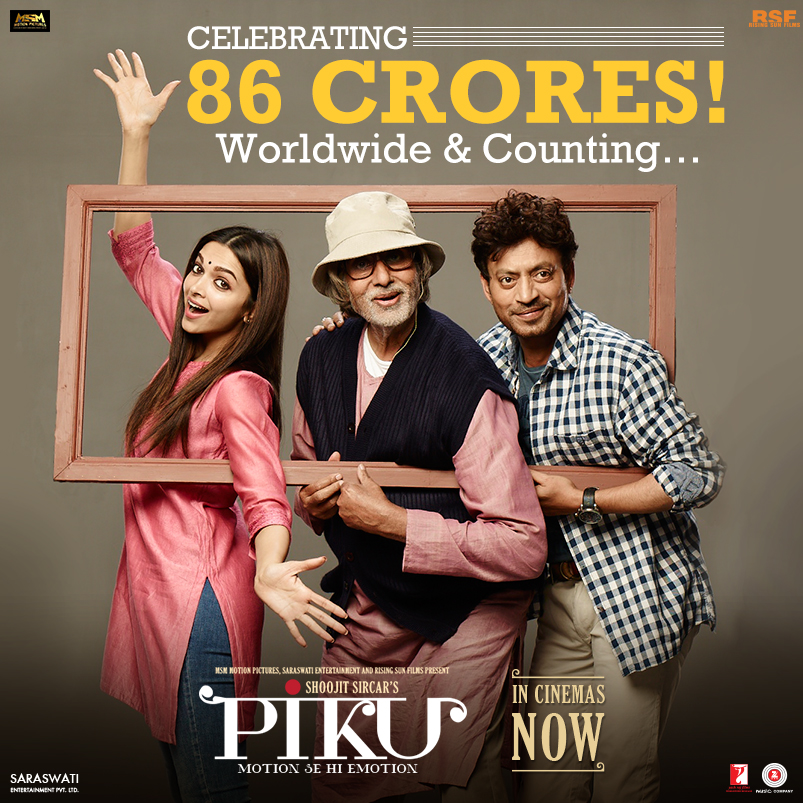 So far in the year of 2015, a lot of Hindi films have not reached the 100 Core Club yet! The combined collections of Piku stand at 85.96 Cr! Given the trend, the film is set to enter the 100 Core worldwide club very soon even as it continues to break records at domestic and international box office! Props to the team of Piku!

Piku is a family comedy drama that revolves around a quirky father-daughter relationship essayed by Amitabh Bachchan and Deepika Padukone with Irrfan Khan top lining the cast, in a pivotal author backed role.