Bollywood actors have often helped build awareness about the ethical treatment of animals and joining this bandwagon is the Ishqedarriyaan couple- Mahaakshay Chakraborty and Evelyn Sharma. They were spotted at the banner launch of Adoptazione, which is an initiative for the adoption of stray pets like dogs and cats. The duo was present at the event to inaugurate this initiative and they were very happy to be associated with such a noble cause. 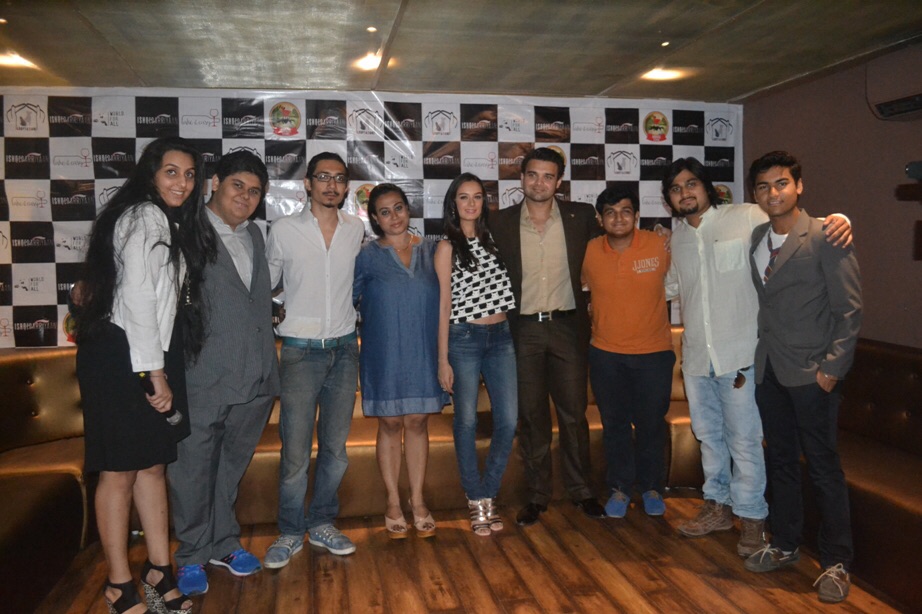 ‘Ishqedarriyaan’ is a romantic film directed by V. K. Prakash, presented by Chariot Films &Metro Studios LLC (Georgia) & produced by Rajesh Banga. The film is set to release on May 29, 2015.