International might be the word that best describes 2015 for British singer, songwriter and producer Arjun. The London-based artist has been on a non-stop world tour since the year began. Earlier this year he completed a 10-city US tour in April, a 7-city Australia & Asia-Pacific tour in May, on top of shows in Kenya, Tanzania, Dubai, Philippines, Canada, Holland, and across the UK… all in the last 4 months! Looks like someone is pretty unstoppable right now.

Arjun is now back in London and ready to release some new music. Since signing with Indian music giant T-Series last year Arjun has gone from strength to strength. His debut T-Series single ‘I’ll Be Waiting’ now stands at 15 million views on YouTube and his debut Bollywood song ‘Mohabbat Barsa De’ has accumulated over 10 million hits. Arjun has created a unique fusion formula which has influenced other Asian artists around the world, and he is now back to remind us how he has built a die-hard international fan base. 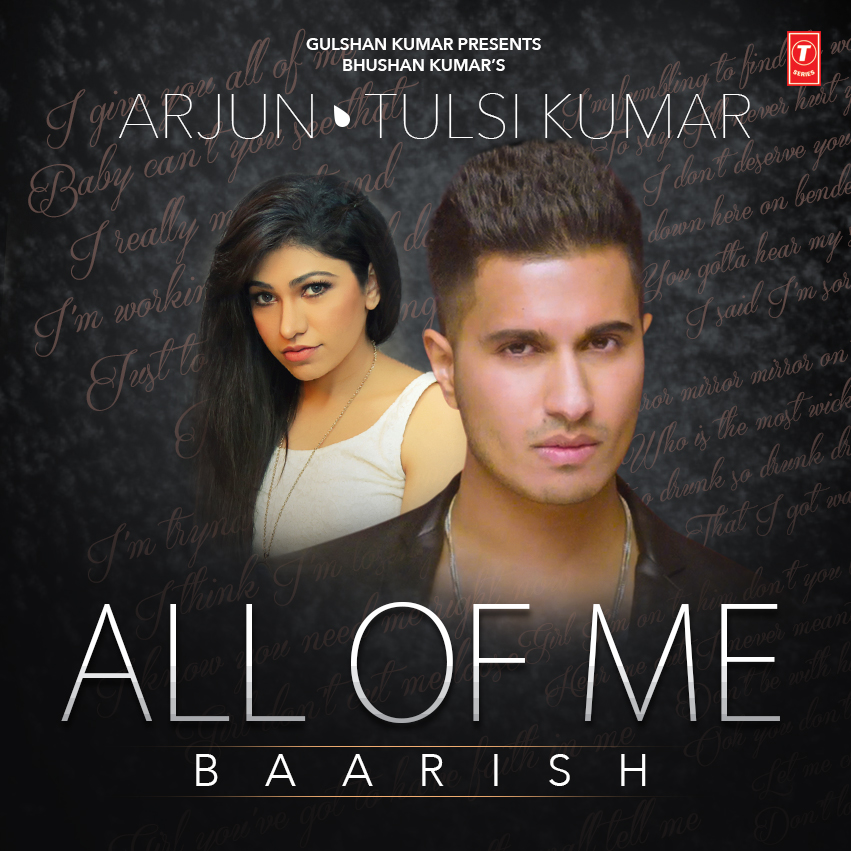 This time around Arjun teams up with distinguished Bollywood playback singer Tulsi Kumar to deliver his twist on the ballad ‘Baarish’ originally sung by Tulsi and Mohammed Irfan for the movie Yaariyan. Tulsi Kumar has a catalogue of hits over the years and her unique, delicate tone adds something new to Arjun’s distinctive sound. The music as always has been produced by Arjun and features a mixture of lush orchestration and raw electronic sounds. Shot in Delhi, the video has a dark but epic feel, with the focus on drama and suspense. Arjun has recently been getting acting offers in Bollywood, and his latest video sees him showcasing his acting skills, perhaps practising in case the right role comes along..!

Check out the video and tell us what you thought of it!

‘All Of Me (Baarish)’ is available on iTunes and all other digital stores now.
Please follow and like us: