The industry is raving about Irrfan Khan these days! After a stupendous triumph at the box office as Rana in Shoojit Sircar’s Piku, Irrfan Khan turns heads on the first look poster of Sanjay Gupta’s Jazbaa. 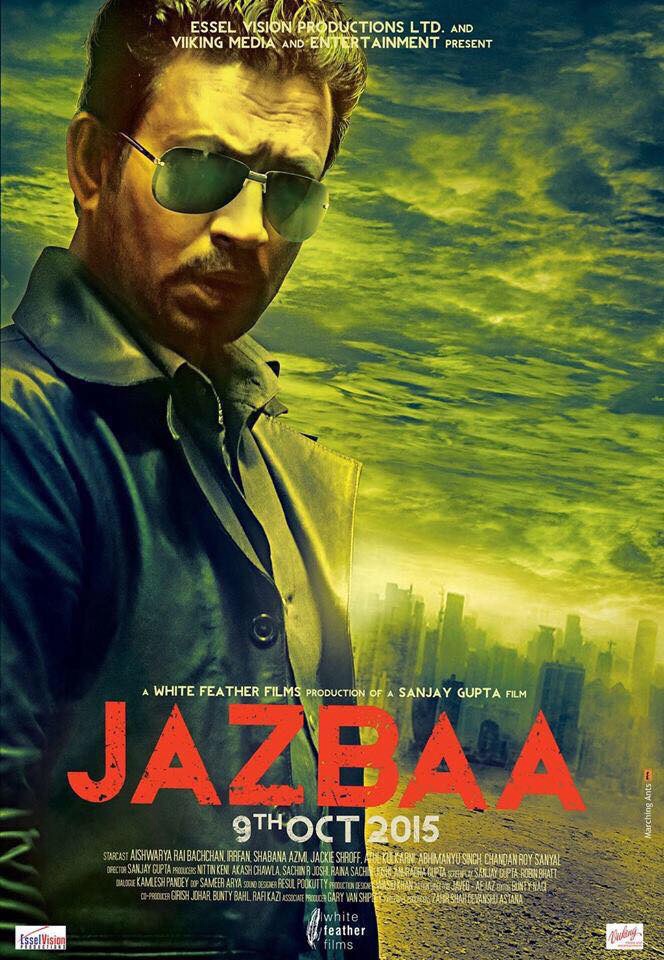 The film which also stars Anupam Kher and Shabana Azmi in pivotal roles is set to release on October 9th.