The countdown to this Summer’s most anticipated film release Dil Dhadakne Do has begun! The makers unveiled two new posters today in the run up to the release of the film. The new posters promise the quintessential exotic bliss and also remind viewers of how the time will sail by when they watch the movie with their loved ones on June 5. 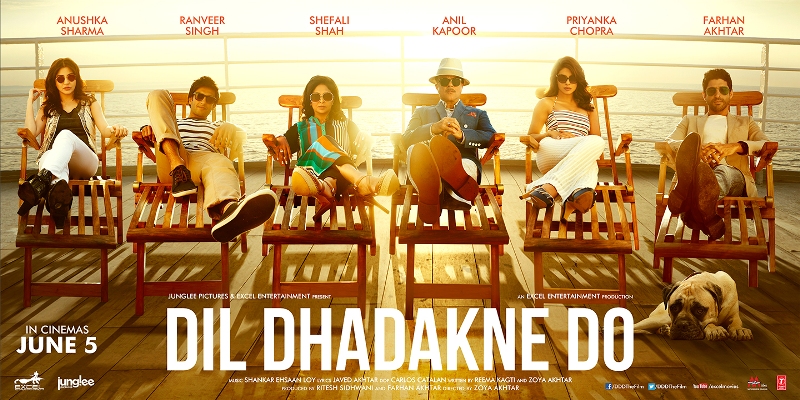 The first poster features all the actors of the film sitting on deck chairs and looking straight into the camera. We see a strong gaze from Priyanka Chopra, Anil Kapoor, Anushka Sharma, Ranveer Singh, Shefali Shah, Farhan Akshtar — and even of the dog Pluto Mehra. Ranveer Singh shared the poster with his fans on Twitter asking:

The second poster which was also released today shows members of the Mehra family happily adrift on a speedboat. The picturesque backdrop of the sea and the content smiles on the faces of Priyanka, Ranveer, Anil and Shefali are enough to pull fans to the theater halls on June 5. 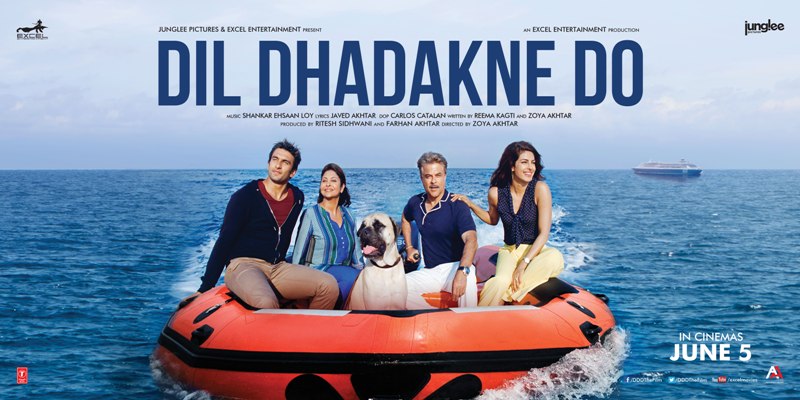 Priyanka Chopra tweeted: “If the Mehras are on a dingy… that means that there’s only #14DaysToDDD.” Anushka Sharma also took to social networking to inform her fans: “Join the Mehras as they set sail on June 5. #14daysToDDD. It’s going to be epic!”

Earlier this week the makers released another poster where Anushka Sharma and Ranveer Singh are seen breezing through the streets of a Mediterranean destination on their bicycles. Priyanka Chopra gave a new meaning to this poster when she tweeted: 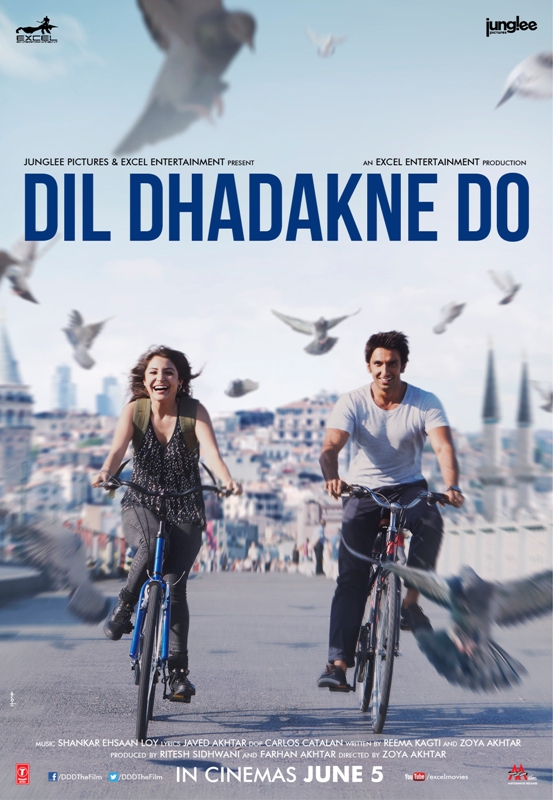 Dil Dhadakne Do is a bittersweet comedy drama about a family that takes a trip that changes them forever. Kamal (Anil Kapoor) And Neelam Mehra (Shefali Shah), one of the most popular couples in Delhi society are entering their 30th year of marriage. This is an occasion that calls for a lavish celebration in their circles. Kamal and Neelam take these social responsibilities very seriously and invite close family and friends on a 10 day cruise of Europe. Once on the ship, their lives start to unfold. Kamal is heading to bankruptcy; Neelam and him can barely tolerate each other. Their business savvy daughter, Ayesha (Priyanka Chopra) is sick of her marriage and wants a divorce, which leads to a lot of drama with her husband, and in laws who are also there. Their son Kabir (Ranveer Singh), who is slated to take over the family business and hopefully save the company by marrying the only daughter of the wealthy Sood family, starts to have other ideas. He falls in love with an entertainer (Anushka Sharma) on board the ship and realizes he is not cut out for business after all.

https://www.youtube.com/watch?v=ZlIaiLoBEvk
Will the Mehra’s socially sink? How will they be able to confront the society that is so fake and judgmental? How will they swim to shore and survive as a happy family? Find out when Dil Dhadakne Do releases June 5th!