Ekta Kapoor is rumored to have postponed her film based on a Japanese novel ‘The Devotion of Suspect X‘ due to differences with Sujoy Ghosh over the budget, may terminate contract with the director. The industry grapevine is abuzz with rumors that Ekta Kapoor’s upcoming project based on Japanese bestselling novel ‘The Devotion of Suspect X‘, directed by Sujoy Ghosh, is being indefinitely postponed due to budget issues. 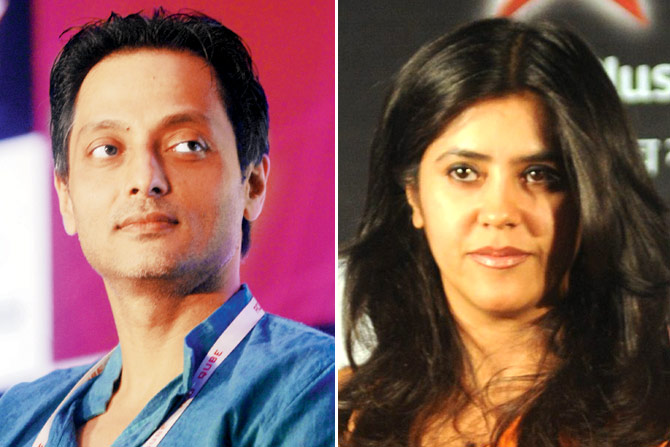 Sources say the producer had fixed Rs 20-crore budget, but the film’s director Sujoy Ghosh apparently demanded that it be doubled. An insider says,

“After a lot of struggle, Ekta acquired the rights to the book. She signed a deal with Sujoy and had locked the casting too. However, as per the agreement, the director had to make the film within a limited budget of R 20 crore. If overshot, the contract would be terminated.”

The long-in-the-planning, untitled film was supposed go on floors this month with Saif Ali Khan and Kangna Ranaut in the lead. Another source says, “Ekta was keen to have a tight budget for the project, but Sujoy wanted her to extend it by another Rs 20 crore or so. But Ekta put her foot down as she does not want to make it a costly affair. So, she is likely to put the film on hold for the time being or even change the director.”

Sujoy denies the buzz, saying, “Ekta and I are thrilled about the whole concept and the superlative cast mix. The rumors around the film only seem to amuse me.” Shubhodip Pal of Balaji Films also insists that “there is no rift between Sujoy and Ekta.”