The acclaimed director and producer Vidhu Vinod ChoprA held an insightful, thought-provoking and humorous masterclass at the world-renowned SOAS, University of London, on 27th March 2015. The exclusive event gave detailed insight into the method and processes of this award-winning director, famed for making India’s highest grossing blockbuster of all time PK. Mr Chopra was speaking ahead of the release of his highly-anticipated forthcoming film Broken Horses, which releases on 10th April 2015 through UTV Motion Pictures.

The masterclass, which was organized by NISU (National Indian Students Union) and SOAS, saw Mr Chopra being interviewed live on stage by academician and author Rachel Dwyer, Professor of Indian Cultures and Cinema at SOAS, University of London. Ms Dwyer is widely regarded as a pioneer in bringing the academic study of Bollywood and Indian culture to the UK. 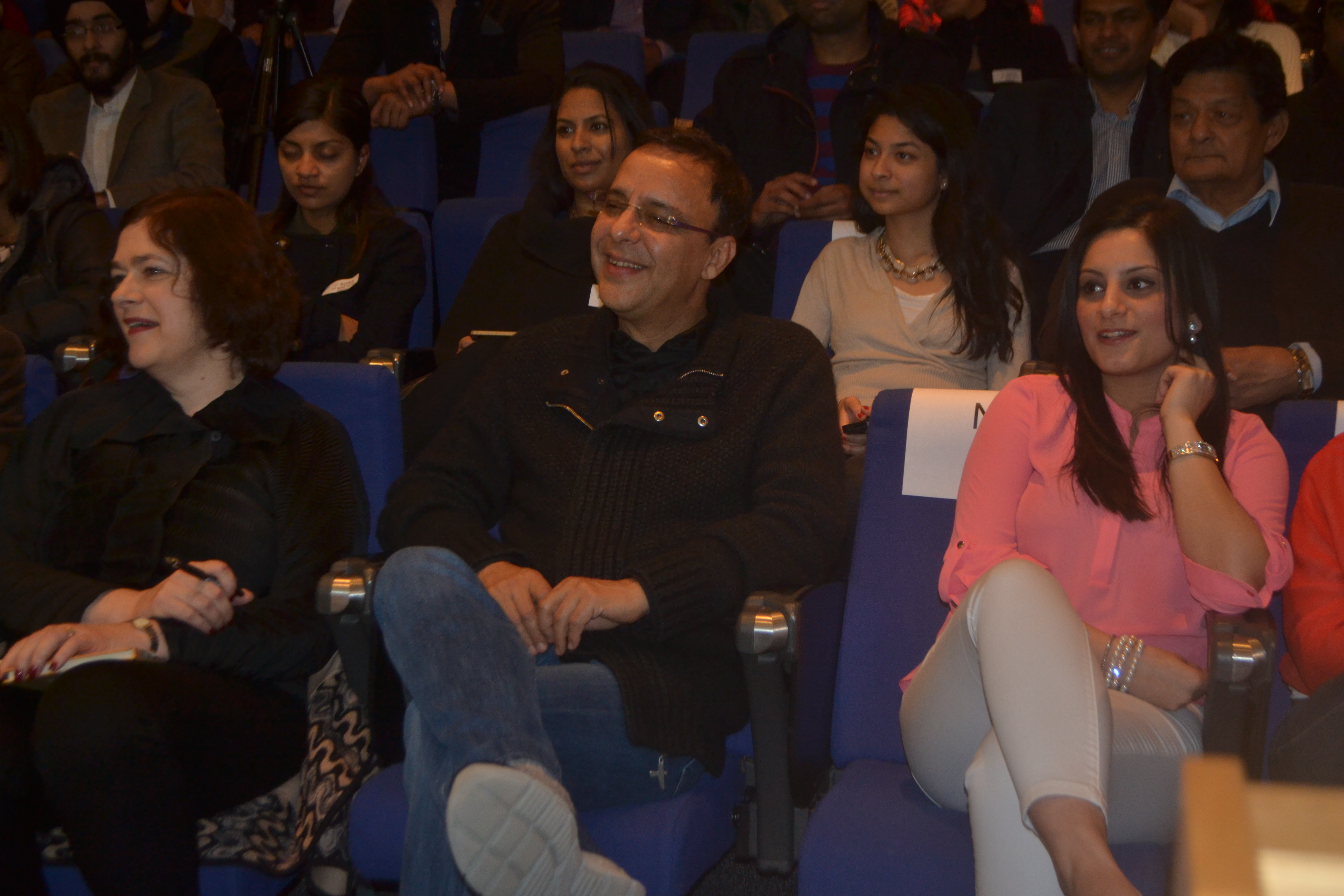 During almost two hours of lively banter Mr Chopra regaled the audience with tales from his early career, his process behind making such critically-acclaimed hits as the Munna Bhai MBBS series, 3 Idiots and PK, as well as taking the audience on a reminiscent journey about his game-changing and socially-provocative films Parinda, 1942: A Love Story and Eklayva: The Royal Guard.

Among several highlights on the night, Mr. Chopra spoke of how his latest venture Broken Horses took four years to write from an original script, which was rewritten 63 times before it was just right. ‘What can I say, I am a perfectionist’, said Mr Chopra. He added: ‘Broken Horses is a sort of amalgamation and loose translation of my film Parinda.’

Speaking about his foray into Hollywood, Mr Chopra said: ‘We make these kind of films to show the world that we can do it if we want to, not because we have to or because we want to transcend into Hollywood films. I make films to communicate universally with my audience, and I use the medium and language that they want to see and hear.’

Mr Chopra also spoke of how on the set of Broken Horses there was an amalgamation of ‘Indian warmth and Hollywood efficiency coming together’ in the seamless production of the film.

Other highlights included Mr Chopra speaking about how he chooses projects based on what he loves, feels passionately about and knows best. ‘The fact that I’m a success is an absolute miracle, I have absolutely no business sense at all in regards to what will work at the box office commercially, he said, amidst hoots of laughter. He also mentioned how his critically-received film Eklavya: The Royal Guard ‘yes, certainly opened doors for me with Hollywood and got my vision and work more widely recognized.’

The evening also saw a montage of the Broken Horses trailer and behind the scenes footage being played, whereby the film’s cast and crew brought Hollywood to Bollywood by lip synching and dancing to some of Bollywood’s great film songs. The audience was furthered entertained by a enchanting dance and vivid song sequences from Mr Chopra’s best loved films, all performed by students.