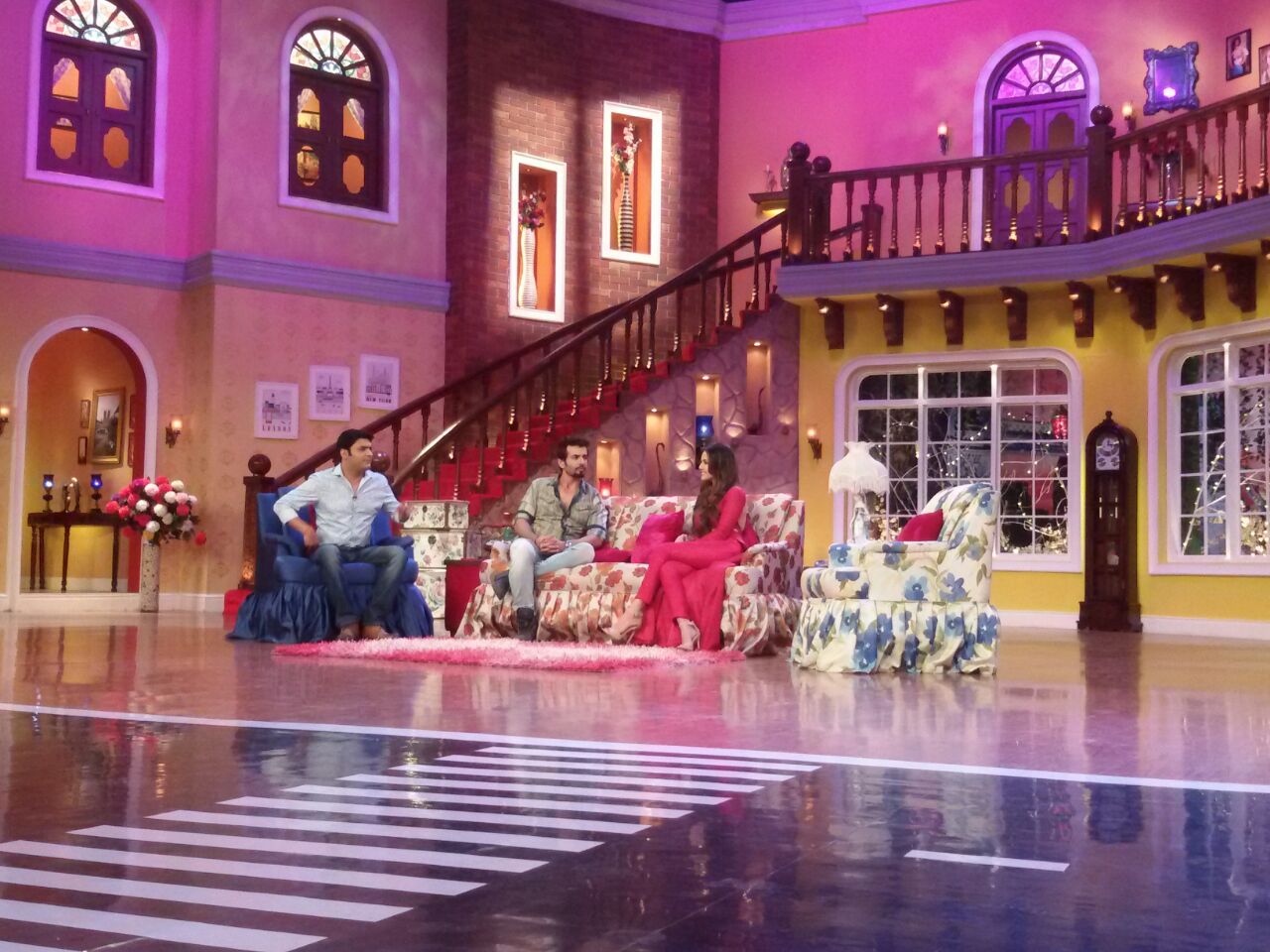 The sultry actress wore an all red ensemble and Jay Bhanushali looked handsome as usual jeans and a button down. Sunny Leone even did a small performance on the show.

This is the first time Sunny will be appearing on Comedy Nights with Kapil, we’re sure it will be tons of laughs. She will also be appearing on the horror show Aahat to promote her film. Looks like Sunny Leone is working over time to prove her value as an actress. Wishing her all the best!